Who Owns The House in Dynasty in Real Life? How Much Is It Worth?

Based on the eponymous 1980s soap opera, ‘Dynasty‘ follows two incredibly wealthy families as they try and turn the tables on each other in a quest for dominance. The magnificent mansion that doubles as the home of the Carringtons has always left fans quite breathless. Fit for royalty and seemingly right out of a fairytale, the massive estate drips with wealth and luxury through its numerous rooms, sprawling grounds, and exquisite architecture. While fans are left wondering who the actual owner of the property is and how much is it worth, we come bearing answers!

Who Owns The House in Dynasty in Real Life?

The mansion in the 2017 show is said to be loosely based on the real-life property of Aaron Spelling, who also happens to be an executive producer of the original soap opera. Spelling’s house is considered one of the largest houses in the entirety of Los Angeles. Constructed in 1988, the property sits on about five acres of land. However, viewers would be surprised to know that although Spelling’s mansion inspires the interiors of the Carrington Manor, what’s shown on screen is a set constructed at Eagle Rock Studios. The show tries to keep much of the interiors similar, including the prominent iron staircase, but the screen version has 16 bedrooms compared to the original’s 123 total rooms. 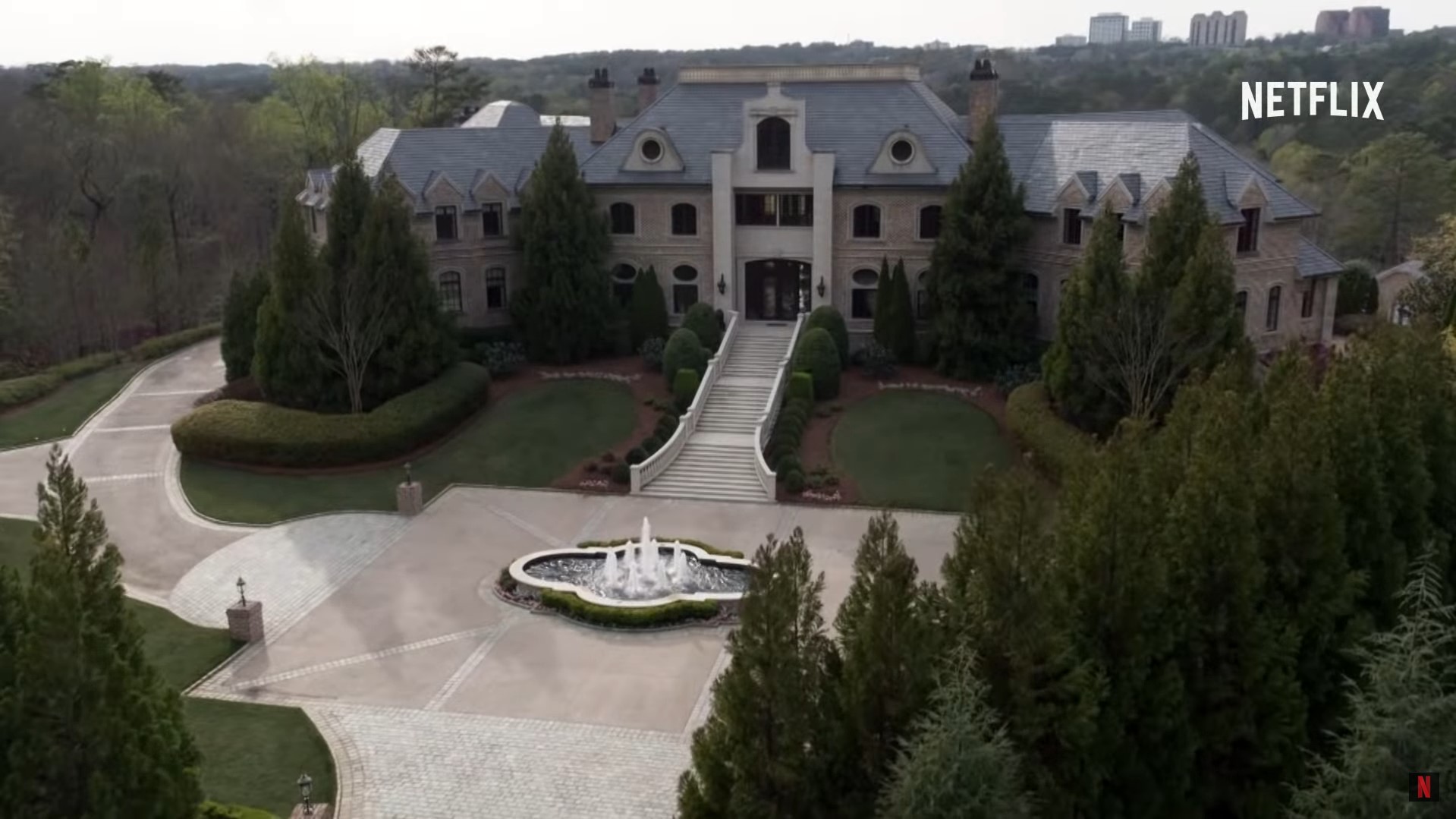 The actual estate that serves as the backdrop for the external shots of the Carrington Manor and grounds is located at 5726 Kennedy Road in Suwanee, Georgia. Although this property is quite different from the Spelling Manor, it has a charm of its own with its equally beautiful architecture. The property covers a massive 17,776 square feet (approx.) of land. Moreover, it boasts lovely natural grounds, an infinity pool, and numerous rooms. Unfortunately, the house is private property, and the name of the owner is kept under wraps.

Interestingly, the premiere episode of the series was filmed at a different mansion located at 4110 Paces Ferry Road in Atlanta, Georgia. Although this mansion, too, is quite grandiose, the filming for the show moved over to the Suwanee property. The 17-acre property that once belonged to Tyler Perry is now reportedly home to television personality and actor Steve Harvey.

How Much is the House in Dynasty Worth?

The property of Aaron Spelling is a lavish and sprawling one that has a massive standing in the current market, as reports claimed that a mystery buyer bought it for $119.75 million after it was placed on the market in 2019. While the gorgeous Suwanee property might not be worth as much as the Spelling Manor, but its stately presence and sprawling grounds still demand a high price. Thus, various sources have valued the single-family, two-storied house at an approximate value of $2.8 million. 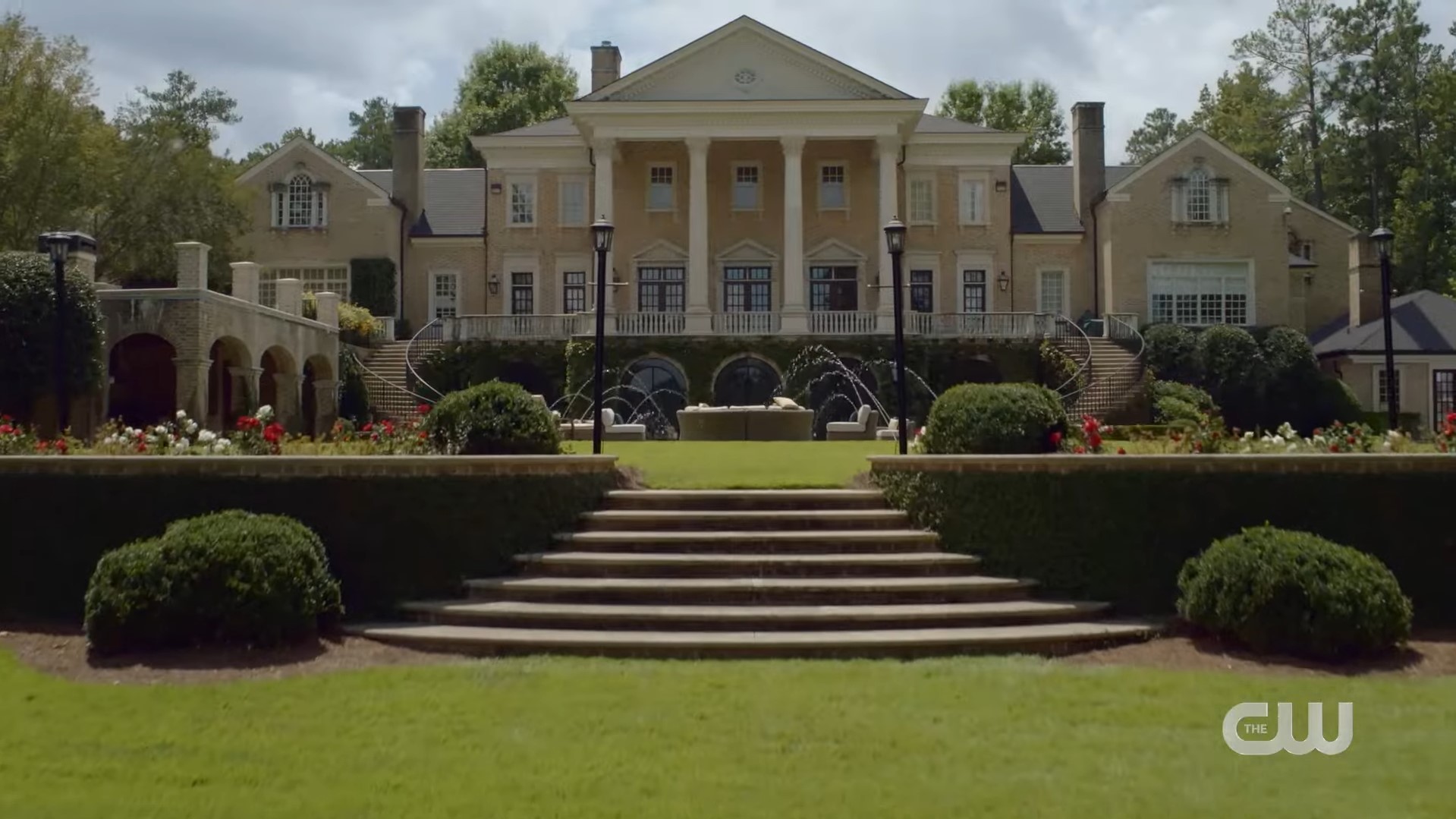 On the other hand, the Atlanta property used in the pilot episode is quite well known for its majestic architecture and lavish facilities, including an infinity-edge pool along with a full-size tennis court. Sources revealed that Harvey bought the property in June 2020 for about $15 million.