Where is Dynasty Filmed? 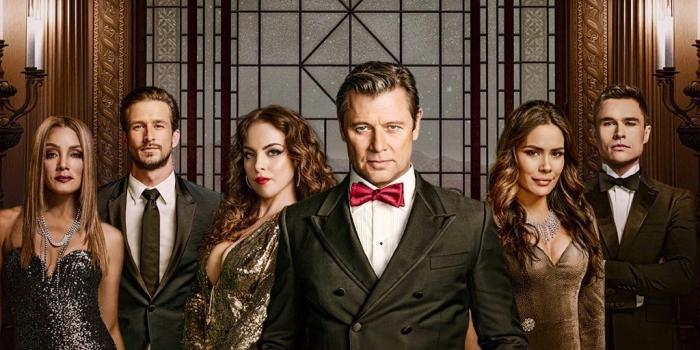 As long as we continue being fascinated by stories of the past, reboots and remakes will stay. Of late, several popular television shows from the late 1900s are being rebooted to attract nostalgic viewers and The CW’s ‘Dynasty’ is one of them. The soap opera is a reboot of the 1981 show of the same name. Like several soap operas do, the CW show makes one revel in unattainable fantasies. With ‘Dynasty,’ such a suspension of reality takes place on the scale of ‘Downton Abbey,’ thanks to its portrayal of prosperity and richness.

The show begins by revolving around Fallon Carrington and her disdain for her billionaire father’s betrothal to a rival employee at her family business. Fallon starts to hatch plans to separate the couple but they backfire and end up costing her a promotion. This set-up changes dynamically and quickly as the show’s plot progresses. It proves to be a classic story about succession, family and business. In case you were wondering where was ‘Dynasty’ filmed, you have come to the right place. Read on.

‘Dynasty’ is one show that strokes viewers’ wishful thinking with its portrayal of affluence and luxury. The show is set in Atlanta and it captures the setting accurately. However, many viewers might be wondering whether the show is actually filmed in Atlanta. If not, where is it filmed? Continue reading for the answers.

Yep, ‘Dynasty’ is indeed filmed very close to Atlanta, Georgia. The show is set in the Georgian capital and the reason that its setting feels so authentic is because the television series is actually filmed in the state. On many occasions, filmmakers are known to shoot a production on another location which is passed off as the setting. However, ‘Dynasty’ sticks to filming in Georgia.

Firstly, most of the show is filmed at the Eagle Rock Studios in Norcross, Georgia. This is where most of the interior filming is carried out. It is the largest stage complex under a single roof in the United States and sprawls over 465,000 square feet.

#dynasty #glynnis I had so much fun #filming #actorslife @cw_dynasty pic.twitter.com/hNHr9uPkiW

However, apart from the interior filming, several scenes are shot on location in Georgia. Almost all of the exterior and establishing shots, for instance are filmed at actual locations which are mostly located in Atlanta.

To begin with, the Carrington Mansion might be the most recurring place on the show. Many viewers would be itching to know where the large, ultra-luxurious home is actually located. Pleasantly, there are two answers to that question. The actual place where establishing shots of the exquisite Carrington Mansion are filmed is located on 5726 Kennedy Road in Bufford, Georgia. The house is a true symbol for the show’s glitz and glamour.

However, a different house was used to film the establishing shots of the Carrington mansion for the pilot episode of ‘Dynasty.’ The house used in the pilot is actually located on 4110 Paces Ferry Road in Atlanta, Georgia. Furthermore, according to a Twitter user, ‘Dynasty’ was also filmed in the city of Suwanee, Georgia. It was named as one of the top 10 places to live in by ‘Money’ magazine and the third best to raise a family by Kiplinger.

Apart from Georgia, filming for ‘Dynasty’ has also taken place overseas, in the French capital, Paris. The city needs no introduction and we are not going to do it disservice by providing one. In the fourteenth episode of the second season of ‘Dynasty,’ Fallon and Sam are depicted to be visiting Paris, in order to look for Steven. Interestingly, scenes set in Paris were also actually filmed there. The actors were reportedly seen taking complete advantage of the on-location filming as they traveled around Paris. Have a look at the following Instagram post: