Who Was Albert Omstead on Cobra Kai? How Did He Die? 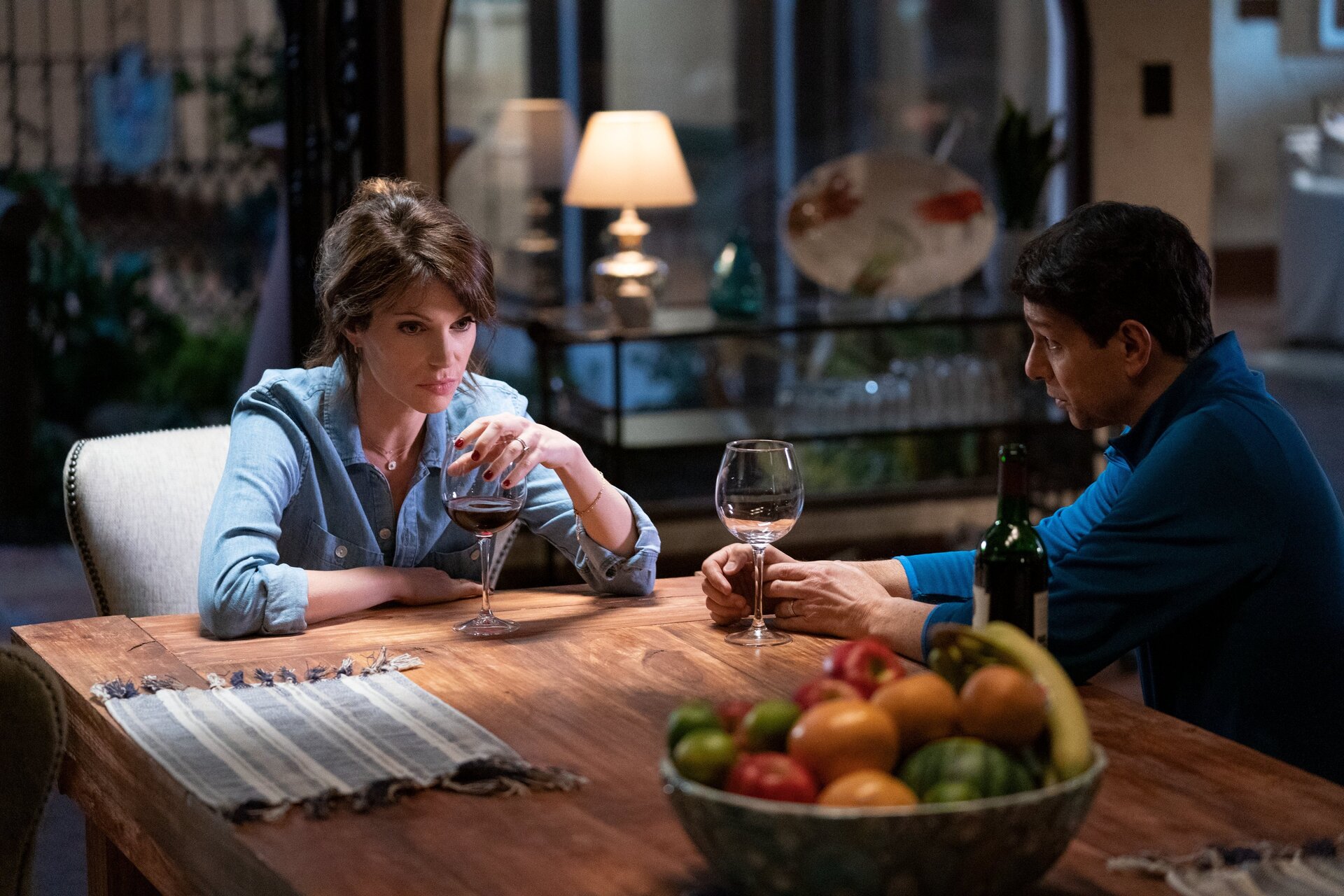 Since its premiere in 2018, ‘Cobra Kai’ has dedicated a number of its episodes to late cast and crew members of the ‘Karate Kid’ franchise. The fifth episode of the first season, titled ‘Counterbalance,’ is dedicated to Noriyuki “Pat” Morita, the late actor who portrayed Mr. Miyagi in the original four films and earned an Oscar nomination for the performance. And then in season 4, the premiere episode, titled ‘Let’s Begin,’ is dedicated to Ed Asner, the seven-time Emmy-Award-winning TV legend who passed away in August 2021. Anser played Johnny’s stepfather Sid Weinberg in the show.

As many fans have noticed, season 4 episode 7, titled ‘Minefields,’ is dedicated to the memory of Alfred Omstead. Here is everything you may want to know about him.

Who Was Albert Omstead on Cobra Kai?

Omstead was not part of the cast of ‘Cobra Kai.’ He was actually a crew member who had served in the camera and electrical department since the beginning of the series. He received credits on 21 episodes between the first and fourth seasons. Omstead had been active in the industry since 2016. He was a member of the second unit on the set of ‘Captain America: Civil War.’ Some of the other films he worked on are ‘Baby Driver,’ ‘I, Tonya,’ ‘Spider-Man: Homecoming,’ and ‘Thor: Ragnarok.’

Despite working in the industry for a relatively short period, Omstead built up an impressive TV resume, which includes ‘Greenleaf’ (his first small-screen project), ‘Sleepy Hollow,’ ‘Stranger Things,’ ‘The Walking Dead,’ and ‘Creepshow.’

Born in 1982, Omstead was married to Que or Que Omstead. They had a son named Frankie together, who was two years old at the time of his father’s death. Through Que, he was the stepfather of Nev, Aidan, Liam, and Rowan.

How Did Albert Omstead Die?

On July 19, 2021, after coming home from work on a particularly rainy day, Omstead decided to fix the leak along the retaining wall near the garage as there was flooding in the basement of his Atlanta home. According to Omstead’s brother-in-law Scott Wachtel, the wall collapsed on top of him.

Omstead wasn’t repairing the wall when the tragic incident occurred. He was just standing beside it. His wife and one of their neighbors attempted to free him by removing the heavy cinder blocks, but they were unsuccessful. When the firefighters arrived, they tried to use a car jack from near the family’s garage to lift the enormous weight off him. Omstead passed away due to internal injuries. He was 38 years old at the time.

Following his death, Omstead’s sister set up a GoFundMe page for Que and her children. Some of the actors and producers who worked with him took social media to offer Omstead’s family their condolences. This includes Gaten Matarazzo, who portrays Dustin Henderson in ‘Stranger Things.’ 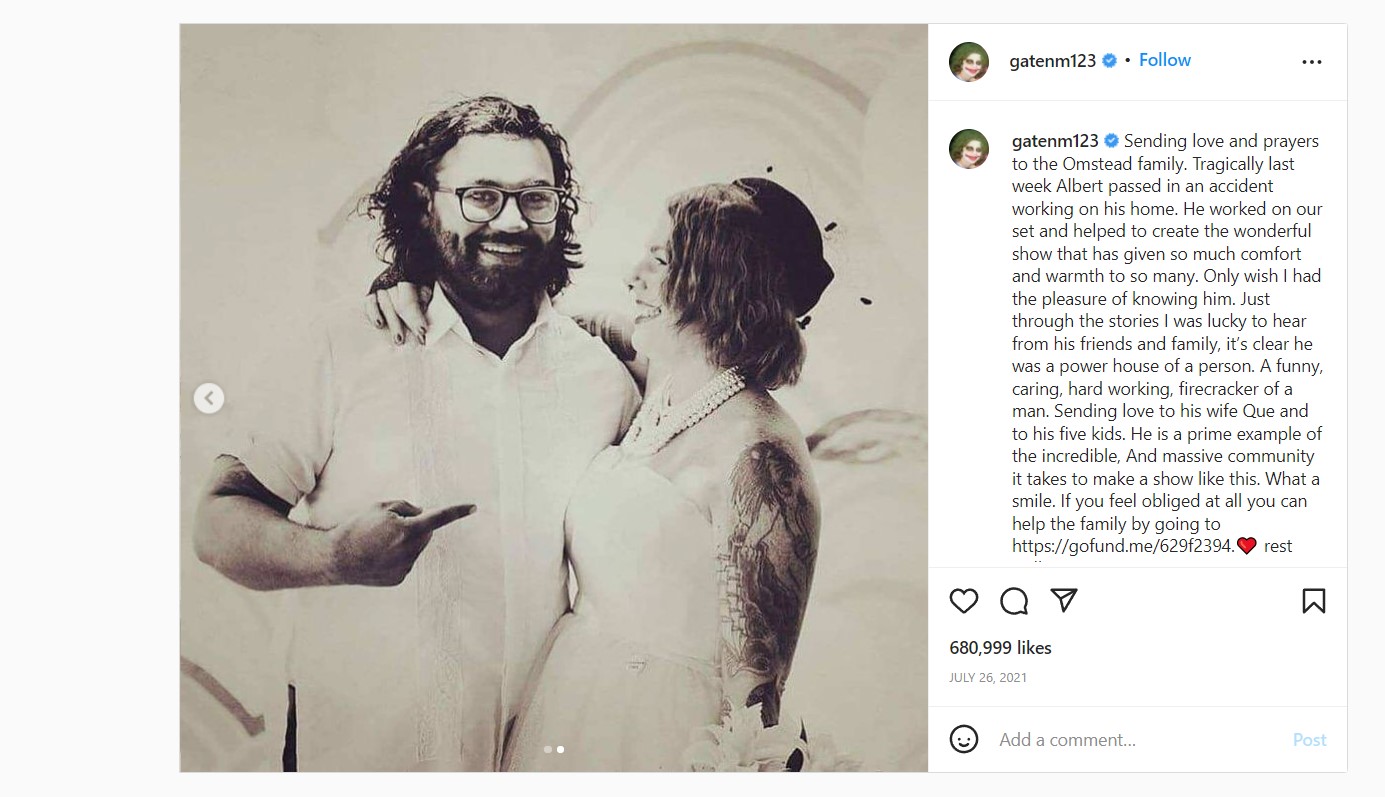 “Sending love and prayers to the Omstead family,” Matarazzo wrote on Instagram. “Tragically last week Albert passed in an accident working on his home. He worked on our set and helped to create the wonderful show that has given so much comfort and warmth to so many. Only wish I had the pleasure of knowing him. Just through the stories I was lucky to hear from his friends and family, it’s clear he was a power house of a person. A funny, caring, hard working, firecracker of a man. Sending love to his wife Que and to his five kids. He is a prime example of the incredible, And massive community it takes to make a show like this. What a smile.”