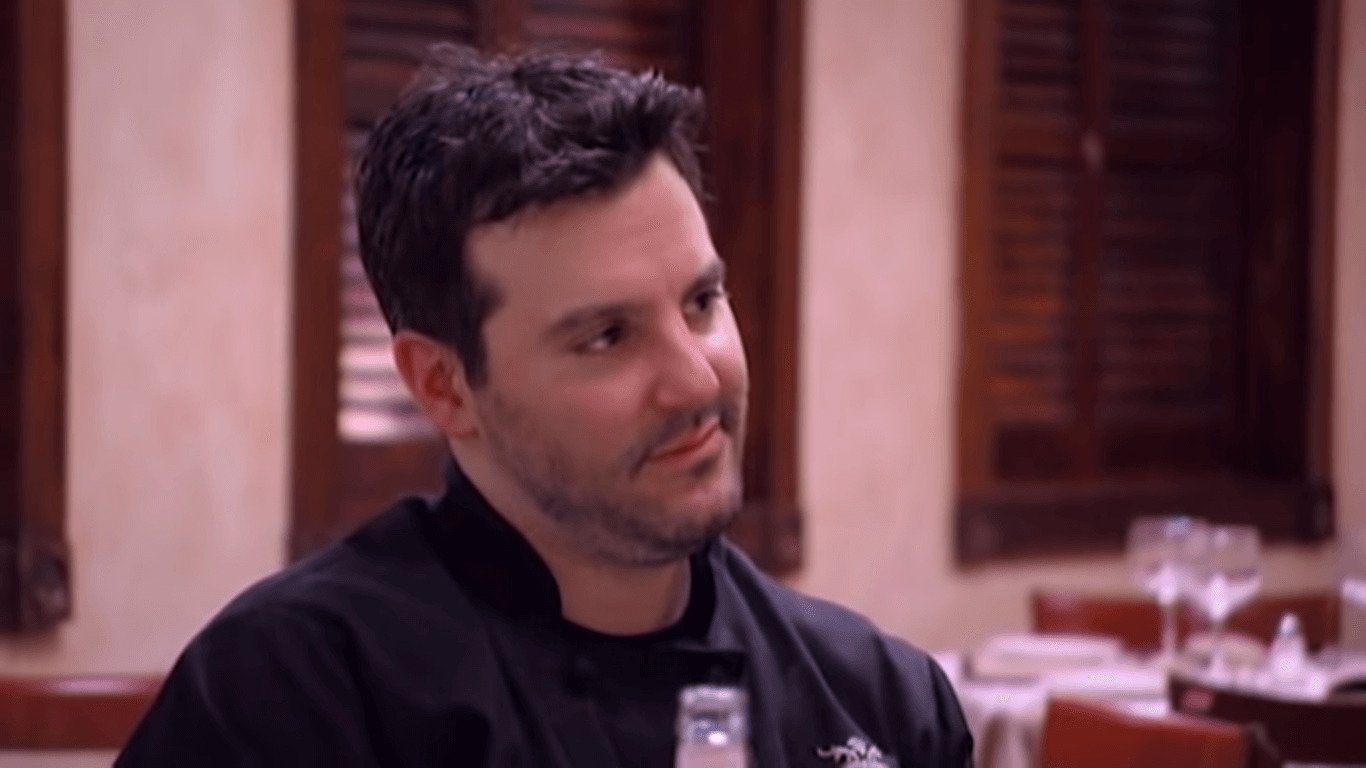 ‘Kitchen Nightmares’ is a reality television series that aired from 2007 to 2014. In the show, Gordon Ramsay spends a week with a restaurant going downhill and attempts to save the business. It is based on the British series of the same name. Joseph Cerniglia was a participant in the first season of the series. However, his untimely death came as a shock to the fans. You must be curious to know more about Cerniglia and how he died. So here is everything we know!

Who Was Joseph Cerniglia From Kitchen Nightmares?

Joseph Cerniglia was the owner of an Italian restaurant called Campania in Fair Lawn, New Jersey. Cerniglia appeared on the show not long after he bought the business. But much to his disappointment, it was already going under, and he had lost $120,000 in eighteen months. At the time of filming, the restaurant was in heavy debt, and $80,000 had to be paid to the purveyors. That is when the restaurant owner and father of three turned to Ramsay for help. After getting help from the celebrity chef, things at Campania became more streamlined, and the business started to pick up. 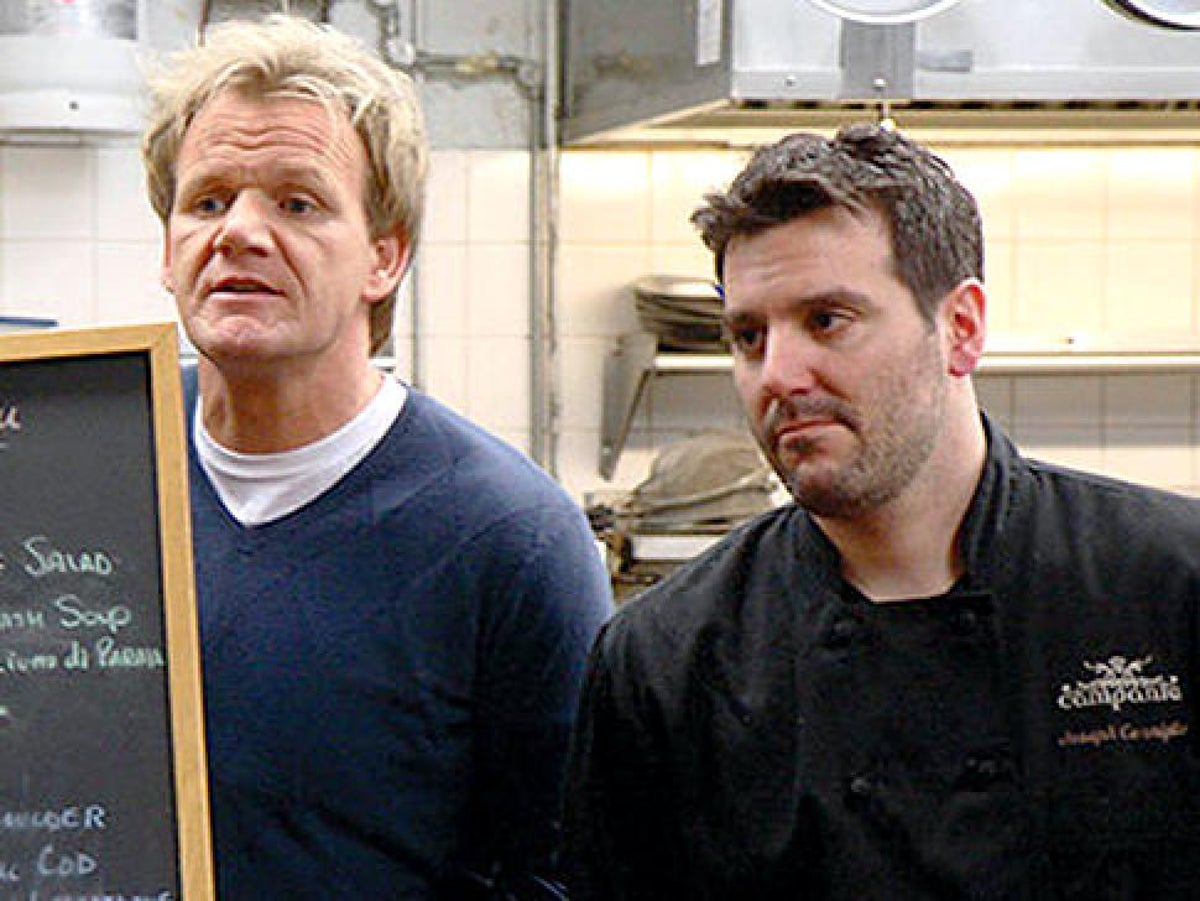 After Cerniglia’s appearance on the show, he won the local competition called Ultimate Chef Bergen County. He ranked among the top five chefs in New Jersey, as per the Inside Jersey magazine. People who met him held him in high regard for his warmth and down-to-earth attitude. He was passionate about food and was an active part of the Slow Food Movement. He encouraged local businesses and loved using farm-fresh produce for cooking. He is survived by his wife Melissa, and their three sons, Evan, Michael, and Nicholas.

How Did Joseph Cerniglia Die?

On the afternoon of September 24, 2010, authorities received a 911 call about a person who jumped off the George Washington Bridge. Soon after that, Joseph Cerniglia’s body was found in the Hudson River; he was 39 years old at the time. The reality television personality’s death was later ruled as suicide as per the reports from the New York Medical Examiner’s Office. Although the cause of death was drowning, there were blunt impact injuries found on his body. These were supposedly congruent with his fall from the bridge.

Although Cerniglia’s business turned around for good after intervention from Gordon Ramsay, his family acknowledged the condolences in a post from his Facebook account. They also requested people for donations instead of flowers; the request was made for the benefit of Cerniglia’s wife and kids.

A few months before Cerniglia’s death, reports emerged stating that he was arrested for allegedly being under the influence of narcotics. On July 15, 2010, a person made a 911 call claiming that the restaurant owner had snorted cocaine. According to sources, he needed immediate medical assistance since he was shaking and sweating profusely. It was reported that Cerniglia was taken to Hackensack University Medical Center and subsequently arrested.

Furthermore, it seemed like Cerniglia’s personal life was far from smooth. His family members reported that he had been separated from Melissa for quite some time, but no legal documents were filed. The self-taught chef was supposedly in a relationship with a pastry chef called Jessica Marotta. However, it is unclear if he and Marotta started their relationship before or after his separation from Melissa. Cerniglia’s death shook up Marotta, who even shared a heartfelt post on Facebook.

Cerniglia’s death by suicide also led to a lot of fingers being pointed at Gordon Ramsay and the reality series. However, the restaurant owner’s family clarified that his death had nothing to with the celebrity chef. Cerniglia’s sister confirmed that Cerniglia liked Ramsay, and featuring on the show helped his business. She also claimed that Ramsay’s behavior was exaggerated on the show and that he was indeed a wonderful person. Cerniglia’s brother-in-law Kevin Wynn said, “In no way did Gordon have anything to do with Joe’s death. When we were filming, I found him to be nothing but a gentleman, and I have the utmost respect for him.” He added, “Joe’s family (is) utterly devastated by this, but they do not hold Gordon responsible at all.’

In a statement responding to Cerniglia’s death, Gordon Ramsay said, “I was fortunate to spend time with Joe during the first season of ‘Kitchen Nightmares.’ Joe was a brilliant chef, and our thoughts go out to his family, friends, and staff.” Although the exact reason for Cerniglia’s suicide is still not known, the experts have spoken about the link between sharing one’s life on reality television and its impact on mental health.