Who Was Martha Place? How Did She Die?

Investigation Discovery’s ‘Deadly Women’ is a true crime series that sticks to the network’s tone by incorporating both exclusive interviews and reenactments to delve into the minds of female killers. Thus, of course, its season 11 episode 11, appropriately entitled ‘Keep It In the Family’ or ‘In The Family (2nd),’ chronicling three domestic homicides that can only be described as atrocious, is no different. Amongst them is the infamous 1898 case of Martha Place — so now, if you wish to learn more about her as well as the historical legal aftermath of her offense, we’ve got the details for you.

Who Was Martha Place?

Having grown up in the affluent Readington Township area of New Jersey, Martha “Mattie” Place (née Garretson) always seemed rather prim and proper despite the troubles in her life. She was merely 23 when she was accidentally struck on the head by a sleigh, yet her family believes the concussion it caused left her mentally unstable, as per Anthony Galvin’s book ‘Old Sparky.’ However, she was competent enough to not just establish a dressmaking business but also start a family, both of which ultimately failed due to unforeseen circumstances, sparking her 1893 move to New York. 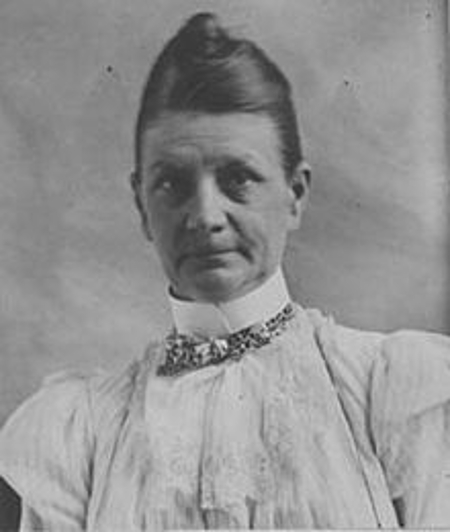 It was there Martha met amateur photographer William Place and began working as his housekeeper in cozy Brooklyn, only to tie the knot with him later that same year at the age of 44. The widower had hoped she would help raise his daughter Ida, but the aforecited book asserts she was jealous of her step-daughter to such an extent there were constant fights in the household. Therefore, on February 7, 1898, Martha snapped, threw acid in 17-year-old Ida’s eyes, smothered her to death, and then waited to attack her husband with an ax once he returned home from work.

How Did Martha Place Die?

William thankfully managed to escape and find help in time in spite of Martha’s assail having shattered his skull, yet the police found her unconscious in their home when they arrived minutes later. According to ‘Old Sparky,’ she had turned on the gas in their kitchen in a frantic attempt to kill herself, which means both she as well as her husband were rushed to a local hospital for treatment. That’s where Martha was arrested and charged for murder in connection to her step-daughter’s brutal demise, with her husband’s accounts playing a crucial role throughout the process.

Martha even proclaimed her innocence for the capital count against her despite admitting to throwing acid on Ida, per the ID episode, leading to a jury finding her guilty following trial soon after. She was sentenced to death, which was carried out in the electric chair at the maximum-security Sing Sing Correctional Facility at precisely 11:01 am on March 20, 1899. According to eyewitnesses, although two consecutive shocks were given through the electrodes carefully placed through a dress slit on her ankle, her death was instantaneous and quiet. Martha Place was the first woman to ever die in the electric chair.