Who Was Sending Letters to Marilyn Monroe? Was it Her Dad or Cass Chaplin? 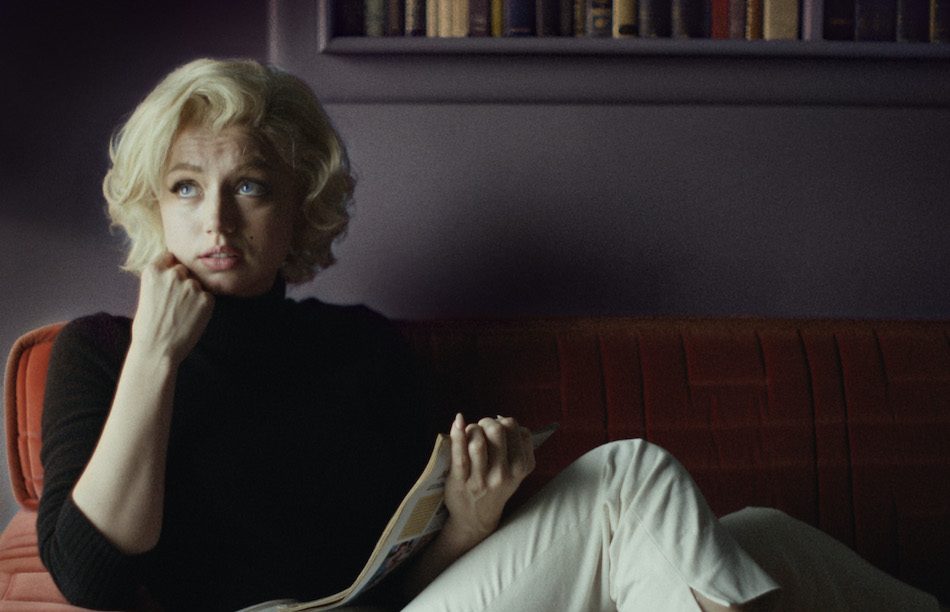 In Netflix’s ‘Blonde’, we see a fictionalized version of the pivotal events that occurred in Marilyn Monroe’s life. The film focuses on her romantic relationships, most curious of which is her affair with Cass Chaplin and Eddy G. She meets them at the start of her career in Hollywood when Norma Jeane is still trying to establish herself as Marilyn Monroe. The bond between her, Cass, and Eddy is intimate and special for Marilyn, especially because all three of them have a complicated relationship with their fathers. But like all good things, Marilyn’s affair with the duo comes to an end.

Soon after, she starts receiving letters from her father, who seems to have caught wind of her rising fame. He expresses deep regret for not being there for her when she was a child and now wants to make things up to her. Hearing from her father makes Marilyn happy, but despite all his letters over the years, he never once meets her. Why is that? Who was sending those letters to Marilyn? Let’s find out.

Did Cass Chaplin Send Letters to Marilyn as Her Father?

Over the course of the film, Marilyn goes through some very difficult times in her life. Her marriages don’t turn out as loving as she’d hoped them to be, and she’s increasingly treated as an object rather than a person. She is also heartbroken over not being able to have children. Her pregnancies are either aborted against her will or she suffers miscarriages. She falls into drugs and alcohol and feels lonely and friendless. The only thing that keeps her going through it all is the letters from her father.

Marilyn starts receiving the letters shortly after she parts ways with Cass and Eddy and her career takes flight. In all his letters, her father seems to be a loving and caring person, who seems just as intent on meeting her as she is to meet him. It is suggested that he has been following her career as well as her personal life since he knows all about her marriages, her divorces, and her miscarriages. Every time, he tells her that he will contact her in person soon, but that day never arrives.

In the end, Marilyn receives a call from Eddy who tells her that Cass is dead and that he left a gift for her. When she receives it, she finds a worn-out teddy bear in it. It is the same teddy that she’d found while walking down a street with Cass and Eddy after she’d told them about her pregnancy. Turns out that Cass had kept it all these years. She believes that this is a sign of his love for her and the fact that he had wanted the baby as well. But then, she finds a card addressed “to my daughter”, which reads “there never was a tearful father”. It is then that Marilyn realizes that all these years, the letters from her father were actually being sent by Cass, and Eddy was in on it.

As to why Cass Chaplin and Eddy G played such a cruel joke on her can be explained by the fact that they were jealous of Marilyn. The three of them had started out at the same time, but while Marilyn built her career from scratch, Cass and Eddy were the sons of famous actors and had an easier road paved for them. Despite this, they never succeeded in becoming as big of a name as Marilyn did. Things broke off between them just as Marilyn started to become the next big thing in Hollywood might also have fuelled their desire to sabotage her. They knew that meeting her father was the one thing that she deeply longed for. So, while they couldn’t hurt her professionally, they decided to hurt her personally.

When Marilyn gets married to Ex-Athlete (Joe DiMaggio), Cass and Eddy can’t deal with the fact that she has found happiness with someone else. To wreck her marriage, while also threatening her career, they blackmail her husband with her nude pictures, which were taken in a professional photoshoot before Marilyn even appeared on the screen. It has the intended effect, and eventually, Marilyn and Ex-Athlete go their separate ways. But Cass and Eddy continue to send her letters, fuelling her hopeless yearning to meet her father.

With Cass’ death, this charade comes to an end. Eddy could’ve simply left it, never sending another letter to Marilyn and keeping her in the dark about the entire thing. But it turns out that he and Cass had thought of this eventuality as well and had made plans to break her heart even from beyond the grave. The revelation that she was being played all these years breaks her completely, and soon after, she dies.