Who was Treacherous Trudy? Was She a Real Person?

‘The Harder They Fall’ is a modern western that follows Nat Love’s hunt for vengeance. After witnessing his parents getting brutally murdered at the hands of the notorious outlaw Rufus Buck, our hero sets off to take on the sinister villain and his gang. Before he can get to Rufus, however, Nat must contend with Trudy, who proudly prefixes her name with a very fitting “Treacherous.” So how much do we know about her? And, as is the case with a few other characters in the film, could Treacherous Trudy be inspired by a real person? Let’s find out!

Who was Treacherous Trudy?

“Treacherous” Trudy Smith is one of the main antagonists in ‘The Harder They Fall’ and is left in charge of the Rufus Buck Gang during the titular leader’s time in prison. She eventually helps secure Rufus’ release, and it becomes clear very early in the story that Trudy is not to be trifled with. In fact, she even hints to Rufus that she is more loyal to his cause than to him and scoffs when another character refers to Rufus as her boss.

Essayed by the prolific Regina King, Trudy’s character is one of the most enigmatic in the film and is finally revealed to have had a troubled past. As a child, Trudy even shocks her abusive father into silence when he realizes that his daughter has slit the throat of another young girl for bullying her (Trudy’s) ailing sister.

According to King, she and the director agreed on shaping Trudy’s formidable character as that of a well-traveled nomad. This is also evident from the character’s accent, which contains multiple influences, making her difficult to place. According to the actress, the layered accent also softens Trudy’s toughness, making her a more complex character that audiences can explore and slowly get to know.

After securing Rufus’ release, Trudy helps him reclaim the town of Redwood, which they both envision as a safe haven for people of color who want to prosper and not lose their lands to the encroaching settlers. She also fights against the Nat Love Gang and is finally subdued by Stagecoach Mary. However, the film ends with Trudy being the last remaining high-ranking member of the Rufus Buck Gang who is still alive.

Was Treacherous Trudy a Real Person?

According to King, her character is loosely based on a real-life woman named Gertrude Smith who was active during the late 19th and early 20th centuries. There is not much that is known about the real Gertrude Smith except for the fact that she was a pickpocket who had an accomplice named Dolly Mickey. The two reportedly spent six months in prison for their crimes before fleeing town. 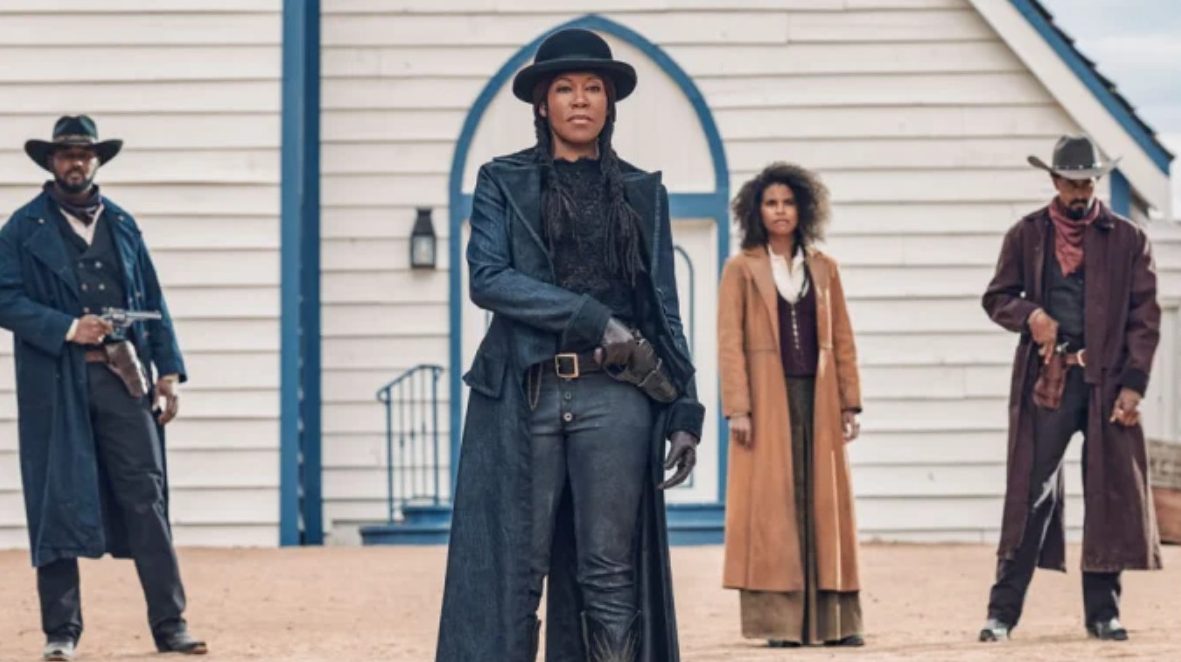 Thus, like many of the other central characters in ‘The Harder They Fall,’ Treacherous Trudy is also predominantly fictional and takes only a smidgeon of inspiration from the real-life namesake. According to the director Jeymes Samuel, what he retained of the real Gertrude for his film’s character was her “swag.” This also allowed Regina King more freedom to build her character and decide how Treacherous Trudy would look, talk, and react to situations in the world of ‘The Harder They Fall.’