Who Was Wahtye? What Happened to Him? 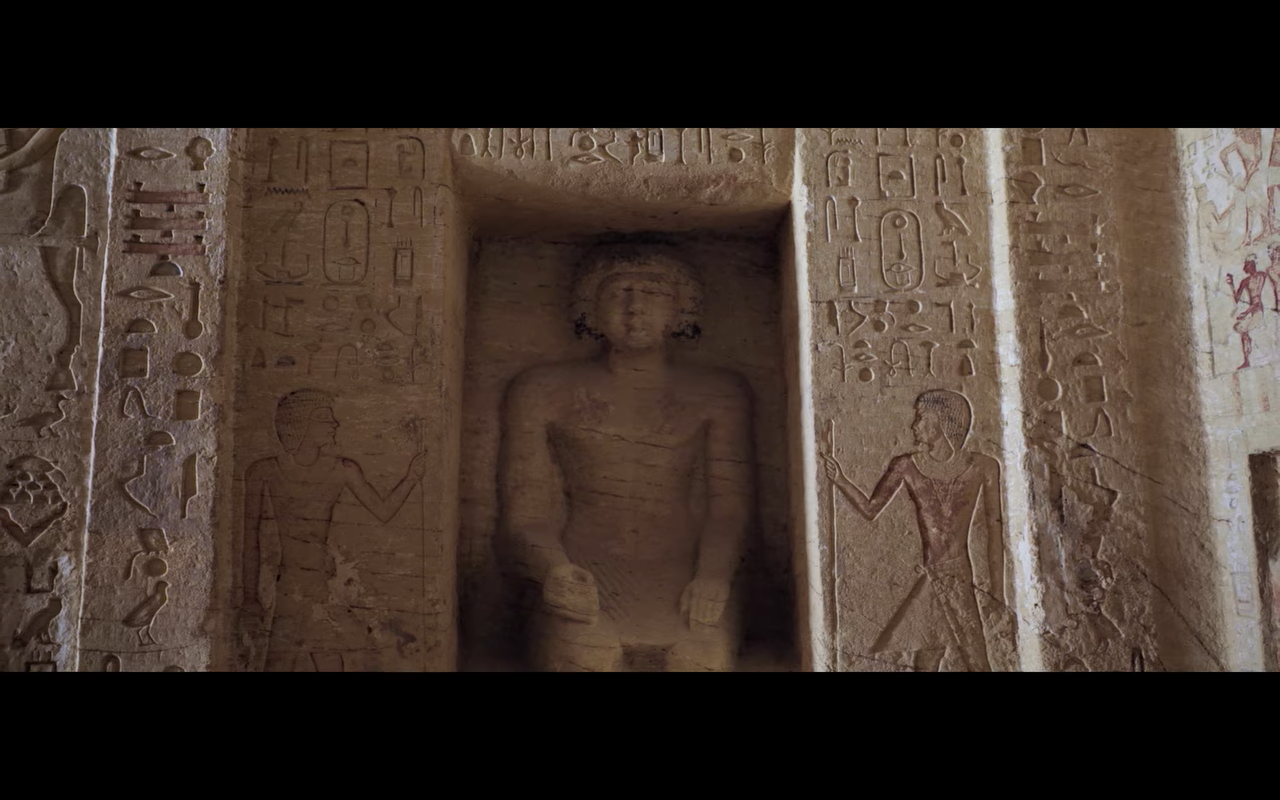 If you were an archaeologist working to uncover the many secrets of Ancient Egypt, suffice it to say that finding a tomb perfectly preserved over the centuries would mean that you have struck gold. At the same time, the chances of this happening are quite slim. So imagine the shock that a team of experts got when in 2018, they discovered a site that had never been looted for more than 4,000 years! In this article, we discuss their findings, as seen in the documentary ‘Secrets of the Saqqara Tomb.’

During the Fifth Dynasty of Egypt, there was a man who worked as a high ranking priest under King Neferirkare Kakai. He was Wahtye, and the tomb that the Egyptian archeologists discovered a few years ago belongs to him. According to the hieroglyphs found inside, he had a family that consisted of his mother, Meritmin, his wife, Weretptah, his sons, Seshemnefer, Kaiemakhnetjer, Sebaib, and his daughter, Seket.

Rife with colorful portrayals of their lives, the tomb consists of 5 shafts and more than 50 statues. It was built somewhere in 2415-2405 BC in the Saqqara necropolis (that lies to the south of Cairo). In the documentary, it is also revealed that there is an inscription that reads: “Wahtye, Purified priest to the King, Overseer of the Divine Estate, overseer of the Sacred Boat, Revered with the great God, Wahtye.”

Although he was not a part of the project, Aidan Dodson, an Egyptologist at the University of Bristol, spoke about the site to Nat Geo. He said, “What we have is a rock-cut tomb-chapel.” He also said that “the rest of the decoration is made up of scenes intended to magically recreate the environment in the next world, in particular the production of food to sustain the dead for eternity, and their receipt of offerings.” Notably, Wahtye was also described as an egotist by Nabil, one half of the duo that was translating the hieroglyphs.

Another fascinating aspect of the find was that the bones found from the tomb presumably belong to the priest’s aforementioned family members. Furthermore, the opulent walls depict elegant and revealing portrayals of his life, and the multiple artifacts retrieved from the site also attest to his status. However, the reality could have been quite different, and we discuss the possibility of this in the following section.

Wahtye’s Cause of Death: How Did He Die?

Despite his impressive position, the archeological evidence paints a very different story about Wahtye. First off, Nermeen and Nabil noted that Wahtye’s name had been overwritten over someone else’s on the wall. Secondly, given the massive carving of a man and woman, one would think his wife would feature heavily in the hieroglyphs. However, to their surprise, it is the mother’s name that makes frequent appearances. After deliberating over this information, they came up with some rather fascinating theories as to what could have transpired.

It could be possible that Wahtye stole the tomb from his brother. Although the sibling’s name appears nowhere on the walls, there is a poem that has been dedicated to his spirit, which the experts think could be a form of absolution for Wahtye. The archeologists also found some mummies that had been burned. Then, the concept of The Field of Reeds is discussed. (It is supposed to be this beautiful paradise where the dead could continue to live eternally if they prove themselves as virtuous to Osiris, the god of death and resurrection).

So, Nermeen and Nabil hypothesized that Wahtye felt confident about reaching the ultimate afterlife destination with this personal form of penance. According to Amira Shaheen, a professor of rheumatology at Cairo University, Wahtye suffered a lot after the death of his children. She noted that his bones were aligned irregularly and described the supposedly 35-year old as a delicate man. Furthermore, it seemed as though he was suffering from a form of anemia, much like his mother.

However, the academic soon felt that it could have been malaria that wiped out his entire family. After all, the bones of the offspring revealed that they were quite young. In fact, the youngest seemed to be just 6 when he died. It was a bit appalling for the team of archeologists when they discovered that a man of Wahtye’s stature had been buried in a simple wooden coffin.

Juxtapose this with the fact that the first-ever mummified lion cub was also found on-premises, and you’d understand why they were surprised. After all, 55 statues were found at the site. (This practice was usually reserved for those of royal blood). So, if Amira is actually able to prove her theory, then Wahtye (and his apparent family) will become the first-ever documented case of malaria in the world.

James Tovell, the director, also made some stark observations of the entire case. “We think of it as an entirely modern phenomenon that everyone wants to filter their image online to make themselves look something more than they are. But that is exactly what was happening way back then. The real Wahtye was a man with a club foot who suffered from poor health,” Tovell said.

He continued, “But through his avatar in the tomb he… created this huge, powerful, perfect image of a man to last for all eternity. That’s fantastically modern. When people find our Instagram posts in 4,400 years’ time, will they be saying, ‘In 2020, was there this entire tribe of people who were all perfectly thin and only took great photos’?”