Who Were Danny Rolling’s Parents? What Happened to Them? 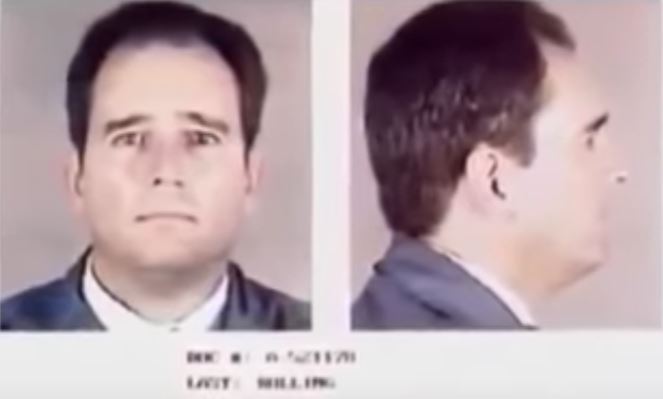 ABC’s ’20/20: Gainesville Serial Killer’ is an episode that chronicles the tale of Daniel “Danny” Rolling, a serial killer responsible for eight murders, including a triple homicide in Shreveport, Louisiana, and the slaying of five students over four days in the college town of Gainesville, Florida. Having earned the moniker of “The Gainesville Ripper” after the latter occurred in August 1990, there are speculations that Danny reached his breaking point due to the years of abuse he suffered as a child in his parents’ home. So now that it’s been a while, let’s find out more about Danny’s family, shall we?

Who Were Danny Rolling’s Parents?

Daniel “Danny” Harold Rolling was born in Shreveport, Louisiana, on May 26, 1954, to Claudia and James Rolling, a local police lieutenant. The two married when Claudia was 19-years-old, only to find out that they were pregnant with their first child two weeks later. This fact angered James, who did not want kids, leading him to harm his wife and later Danny, along with his younger son Kevin. As per ‘The Gainesville Ripper‘ by Mary S. Ryzuk, Claudia knew that their relationship was unhealthy and left her husband several times over the years, but she always returned.

According to Claudia’s accounts, her elder son endured physical abuse at least once or twice a week at his father’s hands. But the verbal depravity was almost daily, with James telling Danny that he was unwanted or an embarrassment. Not only were the Rolling children not allowed to have birthdays or holidays, but they never even got an affectionate word or action from their father. In fact, when the family got a dog whom Danny became quite attached to, James allegedly beat the creature so often that he died in his son’s arms, driving Danny to hurt animals as well.

What Happened to Danny Rolling’s Parents?

When Danny was facing the charges against him in 1994, the court heard his mother, Claudia Rolling, detail the abuse that had changed him. In the videotaped statement, recorded in May 1992, she even said that she first saw Danny lose control after his wife of two years filed for divorce in 1977. After that, he turned to crime — raping a woman who looked like his wife and spending eight years in prison for robberies. But Claudia said that she first noticed Danny’s mind shift in 1988, revealing, “His face got real hard, almost no emotion there at all…just kind of a deadpan expression. If I didn’t know him so well, I probably wouldn’t have known it was him.”

Claudia even testified that she sought to get Danny psychological care several times over the years but couldn’t because her husband thought nothing was wrong with him. And that’s when she mentioned the family argument in May 1990 that resulted in Danny shooting his father in the stomach and the face. James had survived, but he permanently lost the use of an eye and an ear. At the time of these statements, Claudia and James were separated. From what we can tell, it seems like Claudia passed away in 1995 after losing her battle with liver cancer, whereas James, a Navy veteran, passed away at the age of 81 in December 2012.