Who Were Mitchell Carlton’s Victims? Where is the Human Ashtray Now?

Investigation Discovery’s ‘Vengeance: Killer Coworkers: Killing Spree’ follows Mitchell Carlton Sims as he traveled across states from South Carolina to California to Nevada to kill employees of the renowned pizza chain, Domino’s Pizza. It took a hefty reward announced by the pizza chain to finally lure an anonymous tip that helped the police to catch the killer. By then, he had murdered three employees of Domino’s and robbed two stores along with his girlfriend. So, who is this Mitchell Carlton? Let’s find out, shall we?

Who Were Mitchell Carlton’s Victims?

Mitchell Carlton Sims was born in South Carolina in 1960. Growing up in a broken family, he had seen his biological father only twice or thrice during his childhood since his parents divorced. Mitchell had two other siblings as his mother, Mildred, married Arnold Cranford in 1961. Mitchell’s mother, brother, Eddie, and elder sister, Merlon, testified that Arnold was a violent and perverse individual, and Mitchell’s childhood was riddled with physical, sexual, and emotional abuse. 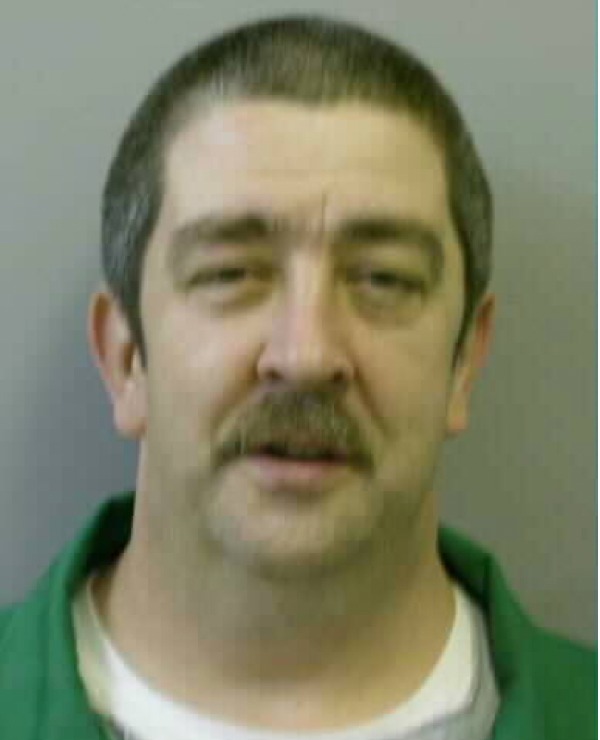 According to various reports, Mitchell had a knack for stubbing out cigarettes on his bare chest, which prompted his friends to give him the nickname – “human ashtray.” Later testimonies from psychologists as well as his wife, Theresa, made it clear that his difficult childhood had led to his withdrawn nature, where he immersed himself in excessive substance abuse or self-mutilation. He and Theresa had three children, and though he tried to be a good father, he left Theresa twice — once for a co-worker from a Domino’s and the next time for Ruby Padgett.

Ever since he quit his job at the pizza chain in the fall of 1985, Mitchell harbored a deep resentment towards Domino’s. He used to supervise a Domino’s outlet in West Columbia, South Carolina, but quit after his boss reportedly withheld a portion of his bonus. Mitchell had revenge on his mind and had bought a gun. In November 1985, he was hired by Domino’s in Hanahan, South Carolina as a delivery driver. Approximately two weeks after getting hired, he sought revenge on the pizza chain by torturing and shooting the assistant manager of Hanahan Domino’s, Gary Melkie, and delivery driver, Chris Zerr, execution style, after tying their hands with telephone cords.

Gary managed to survive and dragged himself to the police station about 3 blocks away to seek help and report the crime in the early hours of December 4, 1985. He was shot in the head and neck, had a telephone cord dangling from one of his wrists, and was bleeding profusely. The police arrived at the scene to find Chris dead and about $1,164 stolen from the cash drawers. Gary reportedly died after surgery but managed to name and describe his assailant, Mitchell, and Hanahan police launched an investigation to catch the killer.

On December 9, 1985, Mitchell and his girlfriend, Ruby, ordered a pizza from Glendale, California. They had fled after committing the double homicide in South Carolina and rented a room at the Regalodge Motel. They ordered a pizza from Domino’s, and when the delivery guy, John Harrigan, reached there with the pizza, he was strangled and drowned in the bathtub by Mitchell. The couple then went to the nearby Domino’s.

Mitchell wore the victim’s uniform and managed to loot the safe by brandishing a gun and tying the assistant manager, Kory Spiroff, and the delivery driver, Edward Sicam, in the walk-in cooler. However, both the men managed to escape this time and identified a photo of Mitchell shown by the police as their assailant. The famous pizza chain even offered a reward of $100,000 for any information leading to Mitchell’s arrest, but the latter had fled the state by then. He and Ruby had escaped to Las Vegas, Nevada, by December 11, 1985.

Where is the Human Ashtray Today?

The police were able to retrieve Mitchell’s fingerprints from the motel room and apprehended him and Ruby from a Las Vegas motel on December 25, 1985, acting on an anonymous tip. The hefty reward from the Domino’s group had been widely publicized, and some newspaper reports claimed that an unemployed ironworker had identified the couple and turned them in after going out to drink with them and seeing their published photographs. 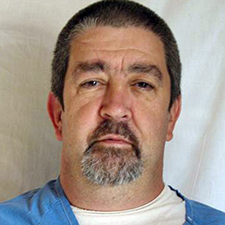 The investigators also found a fully loaded .25 caliber pistol in the motel room, along with other incriminating evidence such as a Las Vegas telephone book listing Domino’s Pizza establishments in the room and John’s work uniform in Mitchell’s pick-up truck parked about 20 miles away from the motel. Mitchell was taken to the Clark County jail, where he gave several incriminating testimonies and waived extradition to California.

A Los Angeles Superior Court convicted Mitchell on the first-degree murder charge of John on May 20, 1987. He was given the death sentence on September 11, 1987, and was scheduled to die in the gas chamber at San Quentin. He was extradited to South Carolina on August 12, 1988, to face trial there, and in May 1989, was convicted of two first-degree murder charges and one count of armed robbery. The South Carolina Supreme Court affirmed the death sentence in 1991.

The California Supreme Court upheld the death sentence on June 28, 1993, and the Ninth U.S. Circuit Court of Appeals denied Mitchell’s petition for a writ of habeas corpus in September 2005. As per official court records, Mitchell, now in his early 60s, has been on death row in San Quentin State Prison in California for more than a quarter of a century.

Read More: Who Were William George Heirens’ Victims? Is the Lipstick Killer Dead or Alive?