Who Were Paul Ezra Rhoades’ Victims? How Did He Die?

Investigation Discovery’s ‘Ice Cold Killers: Blizzard of Bullets’ chronicles the crimes of the notorious spree killer Paul Ezra Rhoades, who was convicted of three homicides in Idaho between February 28 to March 21, 1987. He was suspected of three more murders in Utah between May 1985 to May 1986, though the investigators could not conclusively prove him as the perpetrator. So who is this Paul, and how did he die? Let’s find out.

Who Were Paul Ezra Rhoades’ Victims?

Stacy Dawn Taylor Baldwin was born on August 9, 1965, in Salmon in Lemhi County, Idaho, to David William Taylor and Verna Anderson. She attended Blackfoot High School for a time and graduated from Challis High School. In February 1987, 21-year-old Stacy was newly married and worked as a clerk at the Red Mini Barn convenience store in Blackfoot. Her friend, Karrie Anderson, reminisced, “She (Stacy) just loved to work. She was great with the customers. And she knew who to tease and who to just give a quick smile to.”

Stacy was found dead on February 28, 1987, on a gravel road about three miles north of Blackford. Prosecutors would later contend Paul Ezra Rhoades abducted and shot the young store clerk to death after robbing the store at about midnight on the day her body was found. Moreover, investigators discovered about $200 was missing from the till of the store. Stacy had been shot twice with a .38-caliber revolver, and her watch was missing.

Paul’s second victim, Nolan Jay Haddon, was born to Julie and Junior Lee Haddon on October 21, 1966. In March 1987, the 20-year-old was employed at a convenience store in Idaho Falls. His mother, Julie Haddon, said, “He liked the job very much. He thought this would be a great opportunity for a little spending money.” His brother, Clay Haddon, recounted how Nolan was going to school to become a radiation technician. At the time of his death, he was in his final semester and was about to graduate.

Nolan was shot at the convenience store on March 16, 1987, and was found in a walk-in cooler the next morning. He suffered from extreme blood loss and hypothermia as his colleagues tried to prevent further damage and called 911. Nolan was rushed to an Idaho Falls hospital, where he succumbed to his injuries a few hours later. He had been shot five times with a .38-caliber revolver, and around $116 was missing from the cash register.

Susan Lee Campbell Michelbacher was born on April 18, 1952, to M. John Campbell and Patricia Loveday in Detroit, Michigan. She married Bert Michelbacher on July 17, 1982, and worked as a special education teacher at the Eagle Rock Junior High School in Idaho Falls. On March 18, 1987, Susan called her husband to say she was not feeling and was going to school to drop off a lesson plan. Unfortunately, she never returned home and was last seen at a local supermarket.

The deputies found her body in the sagebrush and lava rock west of Idaho Falls, just off Highway 20. She had been sexually assaulted and shot nine times with a .38-caliber revolver. Prosecutors accused Paul of abducting her from the supermarket parking lot on March 18 and allegedly forcing her to cash a $1,000 check at a drive-up bank window before raping and killing her.

How Did Paul Ezra Rhoades Die?

Stacy’s friend had reported sighting a pickup truck driving recklessly away from the store the victim worked in on the night of her abduction and murder. Besides, the investigators discovered .38-caliber case sluggings at the crime scene where her body was found. They hypothesized a feisty Stacy had fought with her perpetrator when they tried to rape her and even managed to escape before being shot from behind. Furthermore, the medical examiner observed the shots were immediately not fatal, and she had died after being left in the cold by her killer. 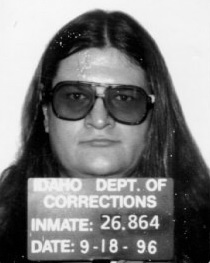 Based on the crime’s sadistic nature, the officers were sure the killer would strike again, and they did when Nolan’s body was found about three weeks later. They noted the modus operandi was the same, with Stacy and Nolan both being store clerks, shot with the same type of .38-caliber revolver, and money stolen from their workplaces. At a loss of clues, the investigators began fearing when the perpetrator would strike next.

Paul struck again a couple of days later with Susan, and the officers were momentarily confused since the victim profile did not match. Unlike the previous two victims, she was not a store clerk but a school teacher. However, the stolen money and the presence of .38-caliber case sluggings confirmed the killer might be the same. They also found a long strand of Stacy’s hair at Susan’s crime scene, linking the two murders. 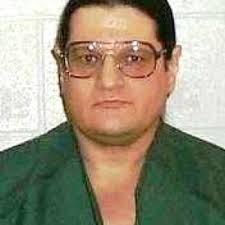 Nevertheless, the investigators struck gold when they found a witness, a farmhand, at Susan’s crime scene. The person had been working about half a mile away when he heard gunshots and rushed to find his cousin, Paul Ezra Rhoades, driving away. The latter had a lengthy criminal history involving drugs and robbery. In addition, he was a suspect in a bizarre, vulgar incident of performing a sexual act on a store mannequin before shooting it with a .38-caliber revolver.

On March 27, 1987, an arrest warrant for grand larceny was issued against Paul, and he was arrested soon after in Wells, Nevada. He was also suspected of at least three more murders in Utah but was never convicted. Paul was convicted and sentenced to death in the kidnapping and murders of Stacy and Susan, while he was sentenced to two concurrent, indeterminate life prison terms for Nolan’s murder.

Since 1988, Paul filed numerous appeals against the death sentences to have them commuted, citing various legal technicalities, his abusive childhood, and the cruelty of capital punishment as mitigating factors. All of these appeals were dismissed, and he was executed at the Idaho Maximum Security Institution in Kuna with the administration of lethal injection on November 18, 2011.