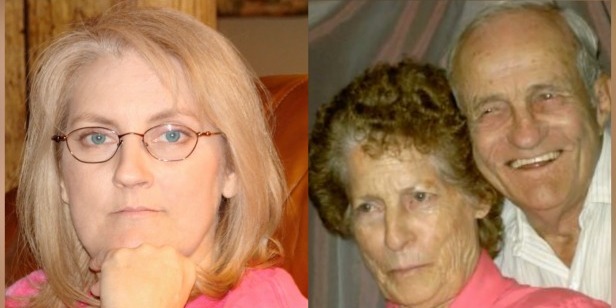 Investigation Discovery’s ‘Evil Lives Here: Shadows Of Death: Devil in Disguise’ follows the story of survivor Lisa Reeves as she saw almost the entirety of her family getting murdered by her husband in Lee County, Arkansas, in February 2007. Randy Gwathney killed her parents and grandparents while critically injuring her brother as well as a deputy sheriff responding to her 911 call. However, he was caught within hours of the shooting and sentenced to life. Are you interested to know more about the case? Let’s find out then, shall we?

Who Were Randy Gwathney’s Victims?

James Oliver Mitchell Jr. was born on September 7, 1925, in Moro in Lee County, Arkansas. He was a World War II veteran and became a farmer after ending his distinguished military service. He also loved carpentry and took it up as a hobby later on. A deeply religious man, he was an active member of the Haynes Baptist Church and spent his retirement years singing old hymns and reading the Bible.

Born on August 11, 1927, Evelyn Elise Wilson Mitchell was a friendly woman, a brilliant cook with a passion for gardening. Her love for country music and her famous homemade dumplings and doughnuts was famous among her family and relatives. James and Evelyn got married on September 16, 1944, and shared a happy married life of 62 years, giving birth to 2 sons and 2 daughters, one of whom was Sylvia Elise Mitchell Reeves.

Sylvia was born on February 14, 1955, in Toledo in Lucas County, Ohio, and was a member of the Lee County Chamber of Commerce as well as the Forrest City Area Chamber of Commerce. She started Reeves Construction and was the co-owner of Digital Memories of Arkansas. She tied the knot with Rodger Wayne Reeves in 1971. Together, the couple welcomed two children, Lisa Reeves and Travis Reeves. Unfortunately, Rodger died of natural causes in 2006.

Lisa married Randall “Randy” Gwathney, and in the eyes of the neighbors, they were described as a “normal couple.” However, there was something deeply wrong that resulted in the horrific tragedy in February 2007, just the night before Valentine’s Day – February 13. By 2007, Lisa and Randy were going through a divorce, and Lisa had gone over to stay with her mother and grandparents in their home situated 5 miles south of Palestine in Lee County.

As per court documents, Randy had gone over to meet his estranged wife and an argument ensued over a credit card and some monetary issues. As the argument escalated, Randy turned violent and started hitting Lisa. At this point, Sylvia intervened and threatened to call the police if Randy didn’t go away. Unperturbed by the threat, Randy started beating Sylvia, with Lisa running from the scene to get her phone and call for help. However, upon hearing a gunshot, she took refuge in her grandparents’ room, barricaded the door, and escaped through the window to her brother Travis’ home next door.

As she explained the situation, Travis headed over to the scene to examine what was happening, only to be shot multiple times by Randy. A fear-stricken Lisa called 911 at around 1:45 am and officers from the St. Francis County sheriff’s office were dispatched to the scene. Deputy Tracy Jackson was the first officer to reach the scene, only to be shot by Randy through the windshield of his patrol car, inflicting serious injuries. The assailant was able to escape before other officers swarmed the crime scene.

Investigators arriving at the scene were aghast at the brutality that had been brought down. The 51-year-old Sylvia had been shot execution-style, while even her parents, James, 81, and Evelyn, 79, were not spared. The senior couple had endured fatal shots and had died instantaneously. Outside, they found Travis, who had been inflicted with five bullet wounds but fortunately, none of them were fatal. Both Travis and Tracy were rushed to a hospital in Memphis, Tennessee, for immediate treatment.

Where is Randy Gwathney Today?

Though Randy Gwathney had fled the crime scene, he did not remain an absconder for long. Based on the monitoring of his ATM withdrawals as well as the help of the general public, law enforcement officials were able to trace him down and nab him within a few hours after the shootings. He had taken his pickup truck and was driving towards the Mexican border, as per police reports, when he was nabbed in front of a McDonald’s restaurant in Laredo, Texas, at around 7:30 pm on February 14, 2007.

Randy was armed at the time of arrest with a 40 caliber black handgun with two clips and a canvas bag that contained a 7.62-millimeter AK-47 assault rifle and four clips. However, he let himself be cuffed and frisked away without any incident. Randy was extradited to Arkansas a couple of days later where he faced 3 counts of capital murder and 1 count each of attempted capital murder and attempted first-degree murder.

Randy was sentenced to life without parole plus 40 years in November 2009 after being convicted of all the charges. As per official court records, he is presently in his early 60s and is serving his sentence at the Varner Unit in Lincoln County, Arkansas. Randy appealed against the sentence on grounds of “mental disease or defect” in 2009 but was dismissed.