Who Were Robert Spangler’s Wives? How Did They Die? 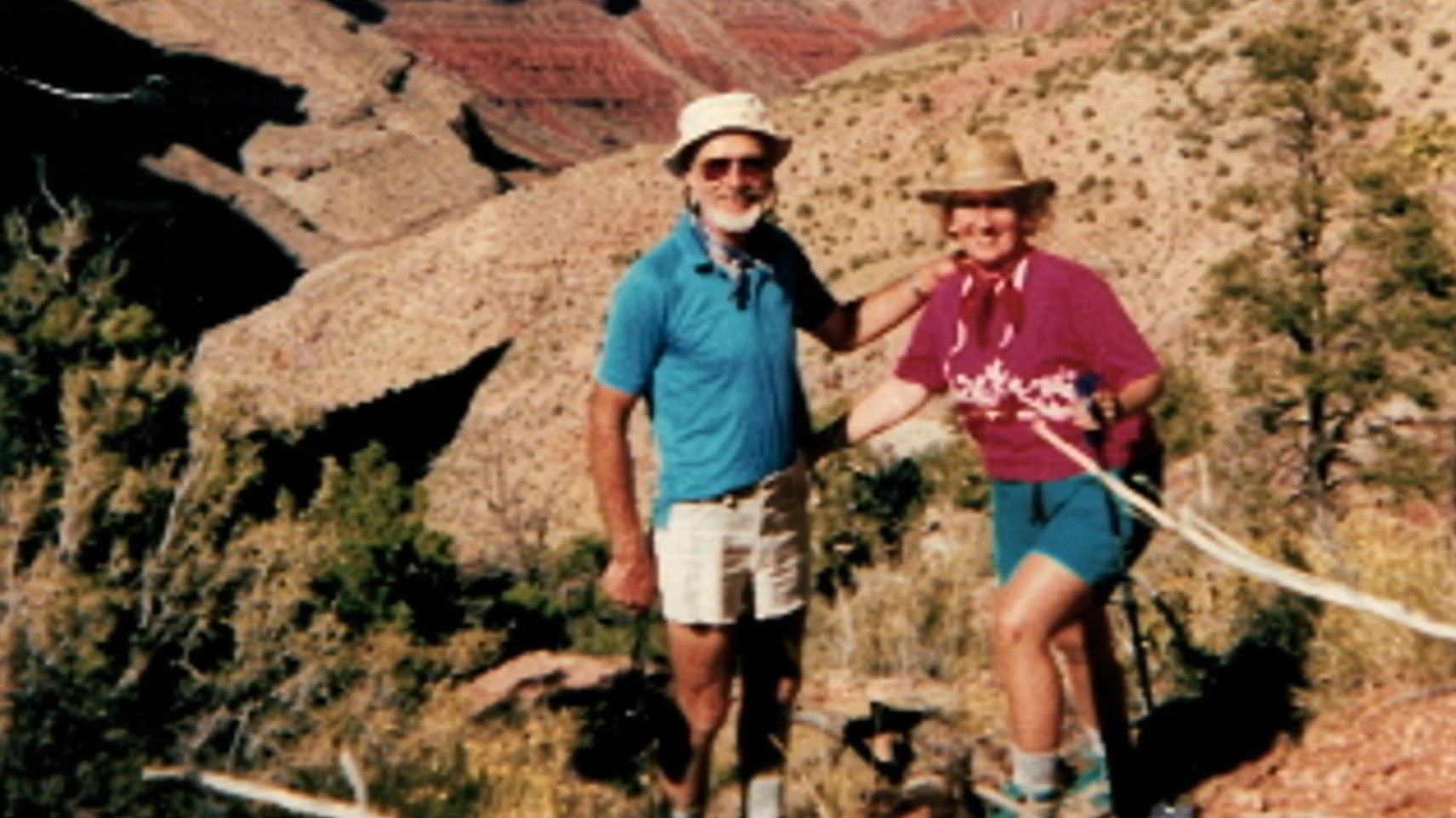 When Robert Spangler was diagnosed with cancer in 2000, people felt bad for him. After all, he was the perfect neighbor and a kind man who loved participating in community events and refereeing youth soccer games. Then, in a bizarre turn of events, a terrifying confession unraveled a history of chilling murders which shook the community in its boots. Investigation Discovery’s ‘Devil Among Us: Trail of Blood’ delves into the deaths of Robert Spangler’s wives and uncovers the frightening truth about their untimely deaths. If you are intrigued by this case and want to find out how Robert’s wives met their ends, we have got you covered!

Who Were Robert Spangler’s Wives?

Robert Spangler’s first wife was Nancy Stahlman. Nancy hailed from Ames, Iowa, and the two were high school sweethearts. In the mid-1950s, Robert married Nancy, and the couple settled down in Colorado. The couple was happy initially, and they even parented two children. While both Robert and his wife had well-paying jobs, in the mid-1970s, Robert changed jobs and became a public relations director for American Waterworks. 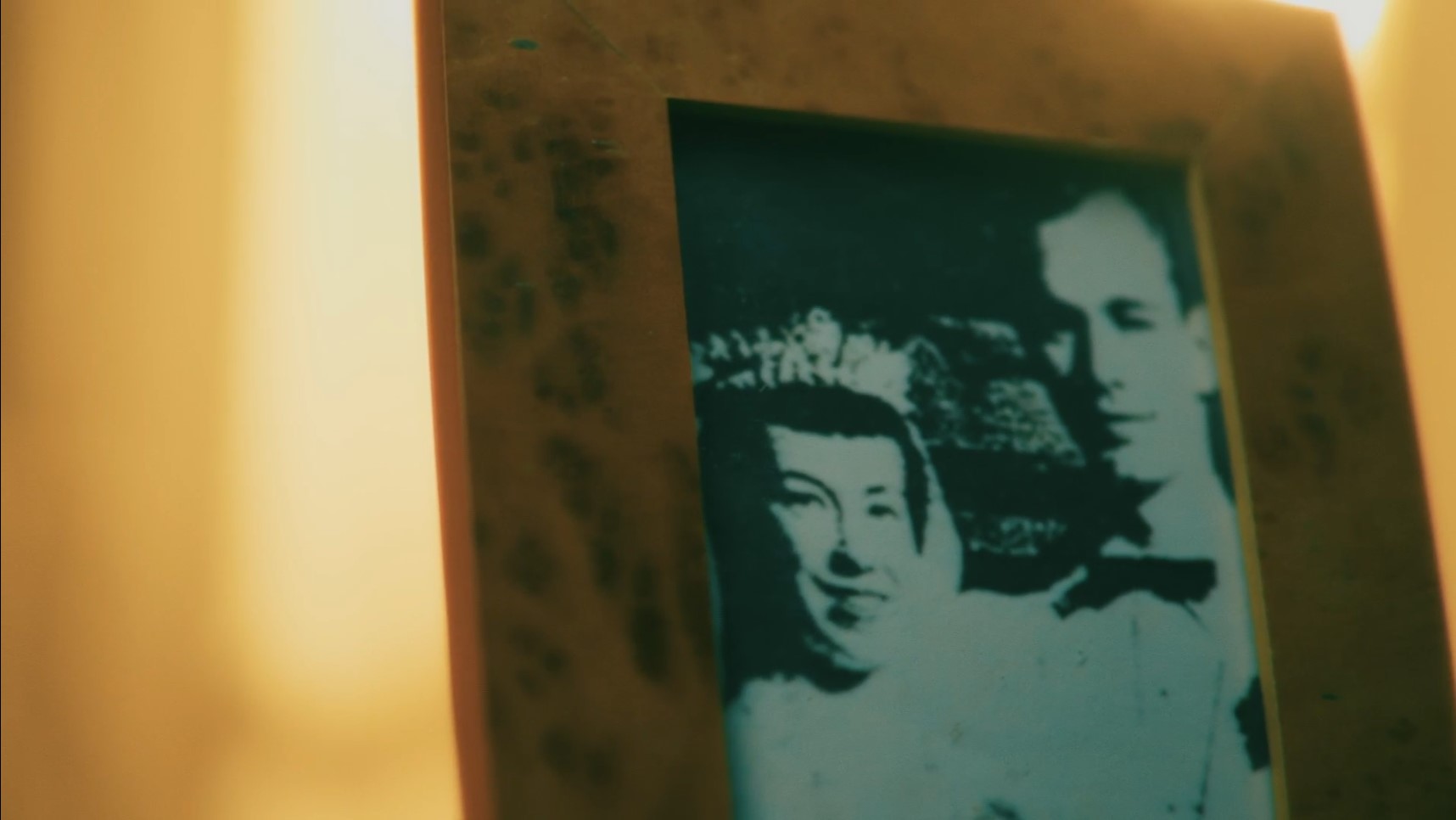 Shortly after, in 1978, tragedy struck as Nancy was found dead in the couple’s home. The couple’s children were also found shot dead inside their bedrooms. Robert then married Sharon Cooper in 1979, and the couple decided to settle in the same house where Nancy and the children died. Though the couple shared a love for hiking, that love did not transcend to their married life.

They reportedly ran into issues and had a disturbed married life. Ultimately, in 1988, Robert and Sharon decided to part ways and separate. After his divorce from Sharon, Robert went ahead and married a third time. His third wife, Donna Sundling, settled down with him in Durango, Colorado. Even his third marriage was marred with post-marital problems and arguments. Determined to make their marriage work, Donna decided to go on a hike with her husband through the Grand Canyon in Arizona.

She hoped that the hike and the change in surroundings would bring the love back into their marriage. They began their hike at the beginning of April, and on April 11, 1993, Robert reported his wife’s death to a ranger. He claimed that she disappeared while taking a picture, and he thought that she had fallen to her death. Donna’s body was found to have fallen almost 49 meters below the hiking road, and the death was ruled an accident. 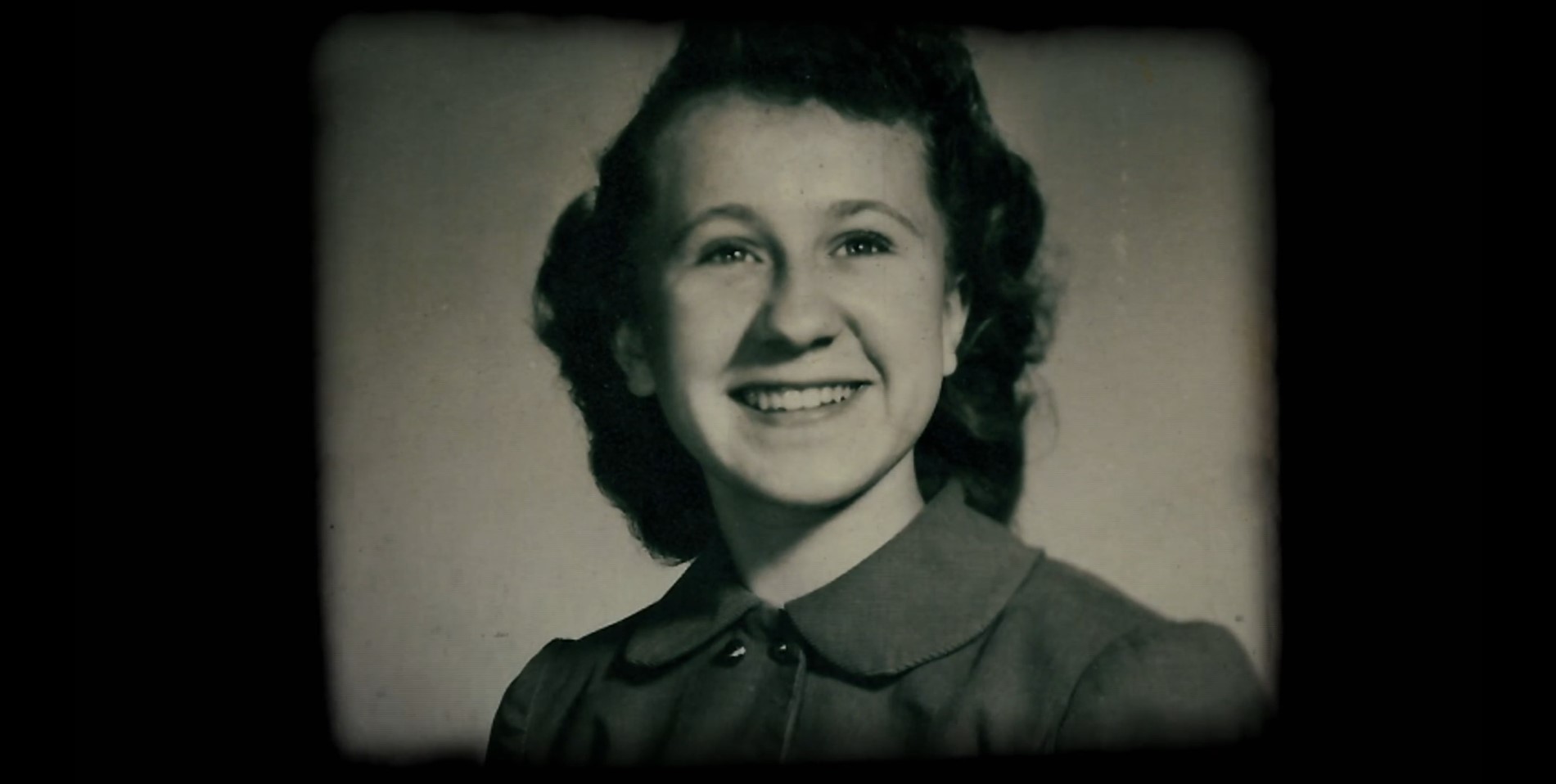 On September 1, 2000, Robert married for the fourth and final time. His fourth wife, Judith Hilty, 53, was an old acquaintance that he reconnected with and eventually married. Neighbors later testified that the couple lived together and looked to be entirely in love with each other. But as we all know, the truth regarding most of his marriages was much more sinister.

How Did Robert Spangler’s Wives die?

Robert’s first wife, Nancy, was found dead on the morning of December 30, 1978. She was found dead with a gunshot wound while the couple’s children were found shot to death in their bedroom. The detectives found a typewritten suicide note containing Nancy’s initials and discovered a .38 caliber revolver beside her. The case was considered a double homicide committed by Nancy, and the police gathered that she killed herself later. Thus, the case was closed. 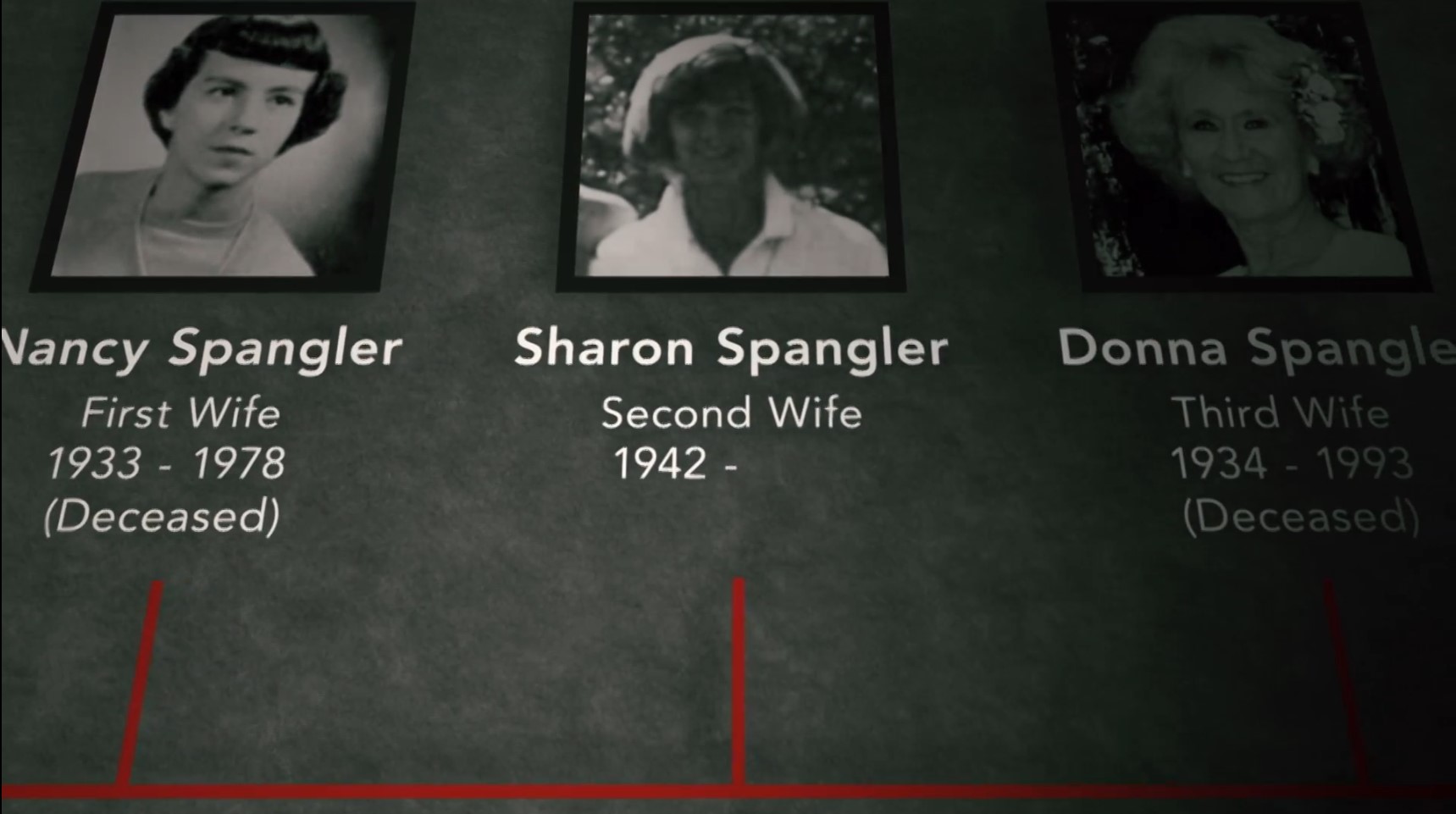 Robert’s third wife died while on a hike with her husband in the Grand Canyon. On April 11, 1993, Robert went to a ranger station in Arizona and claimed that his wife had fallen off the hiking trail to her death. When the rangers mounted a rescue operation, they found that she had fallen almost 49 meters to her death. An autopsy determined that she had suffered multiple fractures, contusions, and lacerations which caused her death. The death was ruled an accident.

After the death of his third wife, Robert settled his differences with his second wife and had her move back in with her. Robert was loved and respected in society, and people were happy to see him back with Sharon after suffering such terrible tragedies in his past. On October 2, 1994, news emerged that Sharon, too, had died of an apparent drug overdose. Investigators initially suspected Robert of Sharon’s murder but, through their investigation, ruled him out. This time too, the case was considered suicide and closed.

Eventually, the FBI got a whiff of the deaths and got involved with the investigations. In the meantime, in August 2000, Robert Spangler was diagnosed with cancer, and it was severe enough to put him almost at death’s door. During this time, the FBI and local law enforcement officers decided to question Robert about the deaths of his previous wives. In a chilling turn of events, Robert ended up confessing to every single murder while being questioned by the FBI. He admitted that he was the one who pushed Donna off the cliff to her death in 1993. 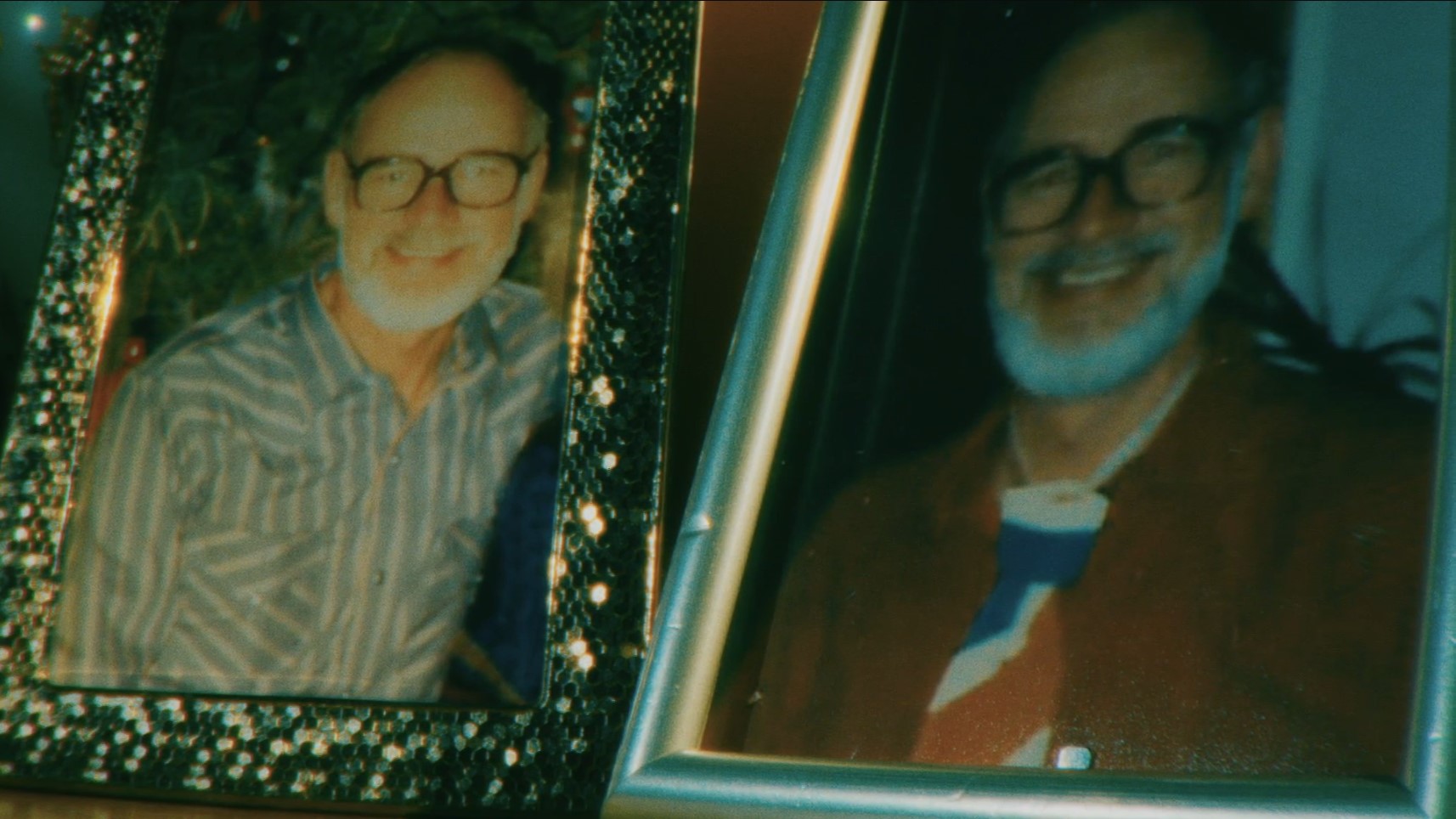 He also confessed to the shootings of his first wife and told detectives that he was the one who shot their children before turning the gun towards his wife to shoot her in cold blood. Based on his confession, Robert was arrested for Donna’s murder. The authorities decided not to charge him with the 1978 killings citing his cancer as the reason. In March 2001, a federal court sentenced Robert Spangler to life in prison based on his guilty plea for the murder of Donna Spangler (nee Sundling). Robert Spangler died of cancer on August 5, 2001, while still in federal custody.

Read More: Anna Moses Murder: How Did She Die? Who Killed Her?