Why Did Christopher Scarver Kill Jeffery Dahmer? Where is He Now? 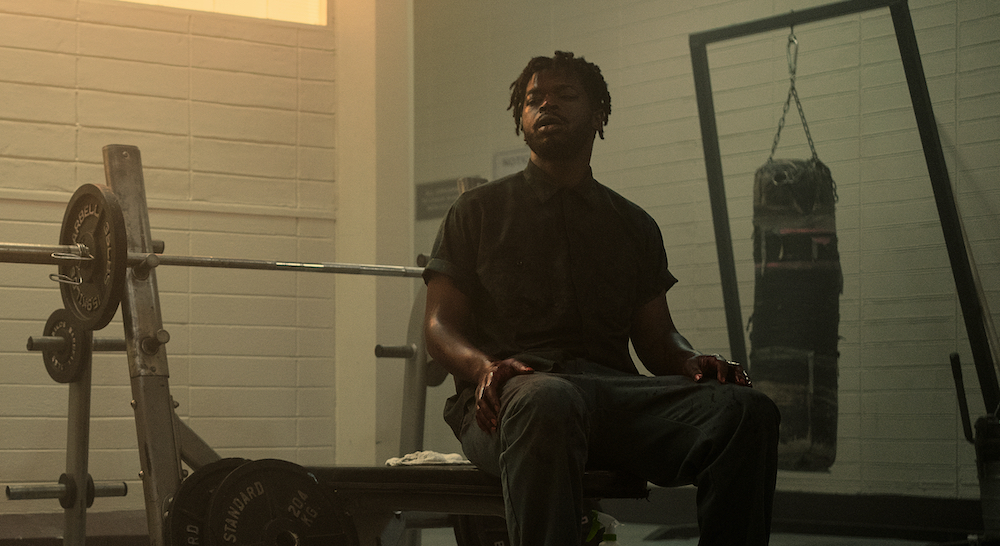 Netflix’s ‘Dahmer – Monster: The Jeffrey Dahmer Story’ follows the life and crimes of the infamous Milwaukee Cannibal. The series begins with his arrest, and over the course of ten episodes, shows the audience how he started on his killing spree and all the factors that led his crimes to go unchecked for so long. He was eventually arrested in 1991 and received multiple life sentences, ensuring that he would never come out of prison. However, the blood-curdling extent of his actions had riled up a lot of people against him, including those in prison. Dahmer was attacked twice by other prison inmates. While he survived the first one, the second, by Christopher Scarver, killed him. Why did Scarver kill Dahmer and where is he now? Let’s find out.

Christopher Scarver had been serving a life sentence in the Columbia Correctional Institute in Wisconsin for murdering his supervisor when he crossed paths with Dahmer. On November 28, 1994, Dahmer, another inmate Jesse Anderson, and Christopher Scarver had been on a routine work detail at the prison gym. They were left unsupervised for twenty minutes, during which Scarver fatally beat both Dahmer and Anderson. At around 8:10 am, Dahmer was found bloody and beaten on the floor of the gym’s bathroom. He was rushed to the hospital but was pronounced dead an hour later. Anderson, too, succumbed to his wounds and died two days later. It was found that both of them had been attacked by a 20-inch metal bar.

Scarver had walked to his cell after he replaced the bar on the exercise machine that he took it from. He later explained that he was repulsed by Dahmer’s crimes and believed that the serial killer was not repentant. He claimed that Dahmer would use the food to fashion limbs and other body parts and would use ketchup as blood. “He would put them in places where people would be. He crossed the line with some people — prisoners, prison staff. Some people who are in prison are repentant — but he was not one of them,” said Scarver, who had kept a newspaper article about Dahmer’s crimes in his pocket before he murdered him. He also added that before he attacked Dahmer and Anderson, he was poked on his back. “I turned around, and [Dahmer] and Jesse were kind of laughing under their breath. I looked right into their eyes, and I couldn’t tell which had done it,” he said.

Scarver, who reportedly entered the courtroom singing, told the investigators that the attack was not pre-planned. He said that he “was simply submitting to the will of God and that he was simply a tool used by the spirit”. It has also been theorized by some that Scarver’s anger against Dahmer, as well as Anderson, was sparked because of the racial undertones of their crimes. Most of Dahmer’s victims had been people of color, while Anderson had tried to pin the blame of his wife’s murder on two black men. As a black man himself, Scarver must have been enraged by their actions. However, this theory hasn’t found its footing in facts.

While Scarver took responsibility for murdering Dahmer and Anderson, he believes that he wasn’t accidentally left alone by the prison guard, The New York Post reported in 2015. “They had something to do with what took place,” he said, though he had not made this claim back in 1994. “I would need a good attorney to ensure there would not be any retaliation by Wisconsin officials or to get me out of any type of retaliatory position they would put me in,” he added. As for his mental illness, Scarver, who has been evaluated by several prison doctors, says that the prison food is one of the factors resulting in his insanity. “I found out in my own research what the problem is: Certain foods I eat cause me to have a psychotic break — bread, refined sugar. Those are the main culprits,” he said.

Where is Christopher Scarver Today?

Christopher Scarver is currently serving his sentence in the Centennial Correctional Facility in Colorado. He had already been serving time in prison before he killed Dahmer and Anderson. Following this, he was sentenced to two additional terms of life imprisonment. In 2005, Scarver filed a federal civil rights suit against the Wisconsin Secure Program Facility, alleging that they “subjected him to conditions of extreme sensory deprivation and social isolation despite his severe mental illness and were deliberately indifferent to his serious mental health care needs.” His lawsuit was dismissed by a district court judge, which he unsuccessfully appealed in 2006. Later, along with a few other mentally ill inmates, Scarver was relocated from the Wisconsin prison. He was moved around a bit until he was situated in the Colorado facility.

In 2012, Scarver expressed the desire of writing a book explaining why he killed Dahmer, including the details like Dahmer’s last words to him. He had been in talks with some publishers about a book deal, but nothing has materialized as of yet. In the meantime, Scarver has written and self-published a few poetry books, titled ‘A Mind is a Terrible Thing to Waste’, ‘Pain: Poetry of Christopher J. Scarver’, ‘The Child Left Behind: Poetry of Christopher J. Scarver’ and ‘The Rich Get Richer and the Poor Get in Prison’, among others. In 2014, Scarver’s son, who was born shortly after Scarver was first sent to prison, talked to CNN about how Scarver has kept in touch with him and helped him in times when he thought he was going down the wrong path.