Why Did Liv’s Mom Leave Her in Keep Breathing? 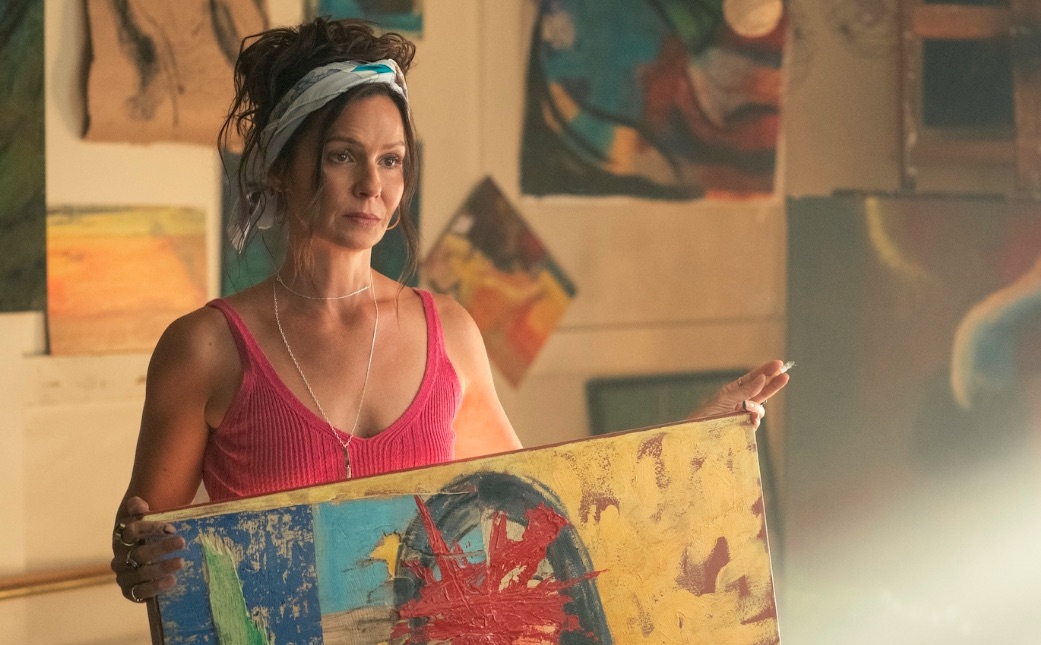 Netflix’s ‘Keep Breathing’ focuses on the story of a woman named Liv, who has to fend for herself, all alone in the middle of a forest. When she boarded the plane to Inuvik, Liv thought it’d be a short flight. She made herself comfortable, ready for the challenging task that she’d have to face once the plane would land. To her horror, the plane never makes it to the destination. It crashes in the middle of nowhere, leaving Liv with nothing but her personal demons to accompany her.

The reason for Liv’s trip, which she told no one about, was her mother Lucia, who’d been globe-trotting and sending her postcards all these years. Lucia doesn’t come home even when her husband dies and never really bothers to check up on her daughter who is going through severe mental distress following the loss of her father and the news of an unplanned pregnancy. With so much going on in her daughter’s life, one wonders why Lucia is never around. Why did she leave her family? Here’s what you should know about her. SPOILERS AHEAD

Why did Liv’s Mother Leave Her?

Liv’s mother was an artist. In her good times, she was a happy person whose life seemed to be all colors and dancing and songs and happiness. During her bad times, she would stay up crying all night and not leave her bed even when her daughter would be starving. Lucia turns out to be an erratic person, whose mood is hard to read. One moment, she asks Liv to put paint all over her painting, and seconds later, she becomes angry at her for ruining it. This behavioral pattern proves that Lucia is suffering from a mental disorder. We also discover that she is on meds, which sometimes, she doesn’t take. The medication is Lithium carbonate, which is generally used to treat manic-depressive aka bipolar disorder.

Lucia’s mental state makes her unpredictable which doesn’t turn out to be so good for her daughter who is forced to walk home alone from school in heavy rain. Liv is forced to learn to survive on her own, long before she ends up in the wilderness following the plane crash. Lucia realizes this. It is not lost on her that her illness is creating problems for her daughter. She knows that staying in her life will only cause trouble for Liv, so she finds it best to leave her with her husband, claiming that he is better off raising her by himself. But that’s not the only reason she leaves her family.

Lucia feels trapped in her marriage. She wants to travel the world and be freer in it. She feels claustrophobic inside her home, and the responsibility of raising a child seems to drag her down. Much of her depression seems to have stemmed from the fact that she is forced to be in a place that she wants to run away from. It feels as if she is being held captive, and her illness only aggravates her feelings.

So, she tells herself that it’d be better for everyone if she simply removed herself from the situation. Her husband wouldn’t have to rely on her and then be disappointed time and again. Liv wouldn’t have to wait on her mother and then do things by herself every time. She believes that by leaving she is making things easier for everyone. Even though it doesn’t sit well with her husband or her daughter, she packs her bags one day and bids goodbye to her family, never to be seen again.

Read More: Is Netflix’s Keep Breathing Based on a True Story?