Why Did Marilyn Monroe and Joe DiMaggio Divorce? 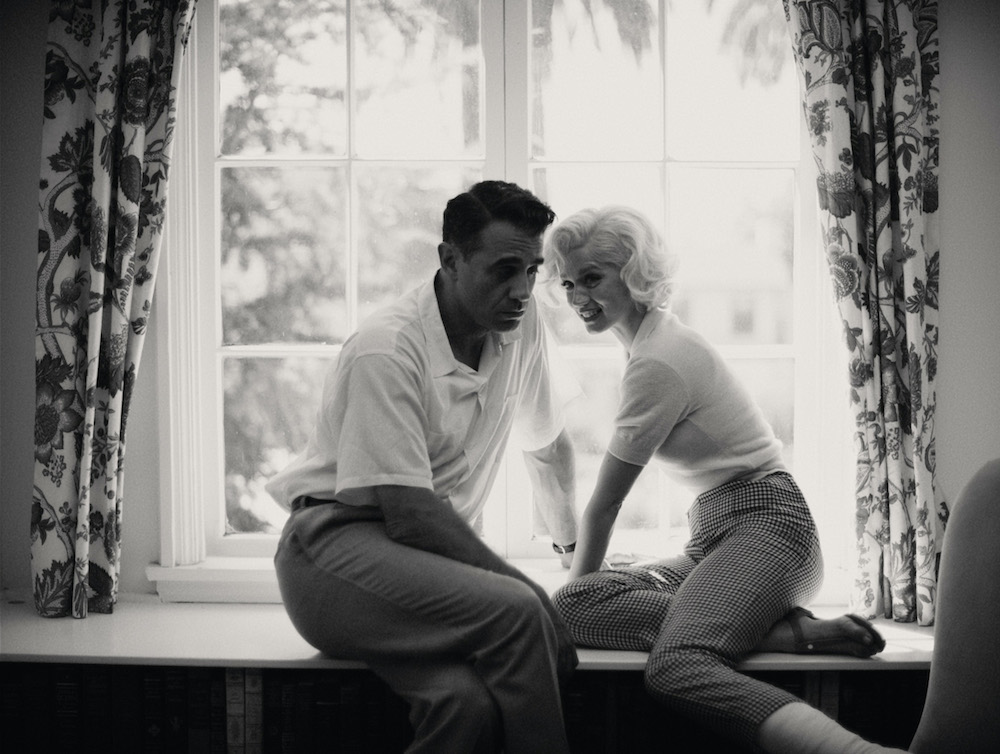 Netflix’s ‘Blonde’ tells the story of Marilyn Monroe from a fictional lens, mainly focusing on her turbulent relationships. While she found success in her professional life, Monroe’s personal life was rife with failed attempts to find love. One of her central relationships in the film is with Ex-Athlete, played by Bobby Cannavale. While his name is never directly mentioned, the character is clearly an incarnation of the famous baseball centerfielder, Joe DiMaggio. He exhibits a revulsion to Hollywood’s portrayal of Monroe, which is what leads to a rather painful end to their marriage. If you are wondering whether Monroe and DiMaggio’s relationship really was as fraught as shown in the film, then here’s what you should know about them.

Marilyn Monroe and Joe DiMaggio were introduced to each other by a mutual friend in 1952. While DiMaggio had already retired from professional baseball, Monroe’s career was on a steady rise. They tied the knot in 1954 in a simple ceremony at San Francisco City Hall and then left for Japan for their honeymoon. By this point, their relationship, which was already a favorite topic for the paparazzi, seemed to be going rather well. But things took a difficult turn in Japan when Monroe was asked to go to South Korea and perform for the American troops. Her departure did not please her husband, and once they were in the States, things started to go downhill.

It turned out that DiMaggio wanted a stay-at-home wife, and Monroe’s image as a sex symbol did not sit well with him. Reportedly, he’d become very controlling of the way Monroe dressed and had a say in what roles she should pick next. The most notable case of DiMaggio’s frustration with Monroe’s work was her “flying skirt” scene for ‘The Seven Year Itch’. The scene was filmed in front of a legion of cameras and fans, and while the others cheered her on, her husband was extremely displeased by it. The lack of children in their marriage also exacerbated their problems. In the book, ‘Dinner with DiMaggio: Memories of an American Hero’ written by John Positano and Rock Positano, it is revealed that Monroe’s inability to bear children was one of the main reasons behind the rift in their marriage. “From Joe’s point of view, they didn’t stay married because Marilyn was not able to have children. It was as simple as that,” Positano wrote.

In 1955, Monroe filed for divorce, citing reasons of “mental cruelty”. At the testimony, calling her husband cold, indifferent, and moody, she said:  “I voluntarily offered to give up my work in hopes that it would solve our problems — but it didn’t change his attitude. I hoped to have out of my marriage love, warmth, affection, and understanding but the relationship was one of coldness and indifference. My husband would get into moods when he wouldn’t speak to me for periods of sometimes 10 days. If I would try to reproach him usually he wouldn’t answer at all. When he would, he would say, ‘Leave me alone.’” She also added that DiMaggio wouldn’t allow her to meet with her friends in their home.

Thus, after mere nine months of marriage DiMaggio and Monroe were divorced. However, the two rekindled their friendship later. In 1961, Monroe underwent surgery for her endometriosis and also spent four weeks in a psychiatric clinic. During this time, it was DiMaggio who showed up to be with her. Their reunion started rumors of their remarriage, but it was all put to rest when, on August 5, 1962, Monroe was found dead. DiMaggio arranged her funeral service, with the help of her half-sister Berniece Baker and her manager, Inez Melson. Only a handful of people were invited to attend the funeral while DiMaggio barred the studio executives, saying, “If it wasn’t for them, she’d still be here.” In keeping with a wish expressed by Monroe during the early days of their relationship, DiMaggio delivered six red roses to her crypt, three times a week for twenty years. He didn’t talk about her publicly and never remarried. He died at the age of 84, in 1999.