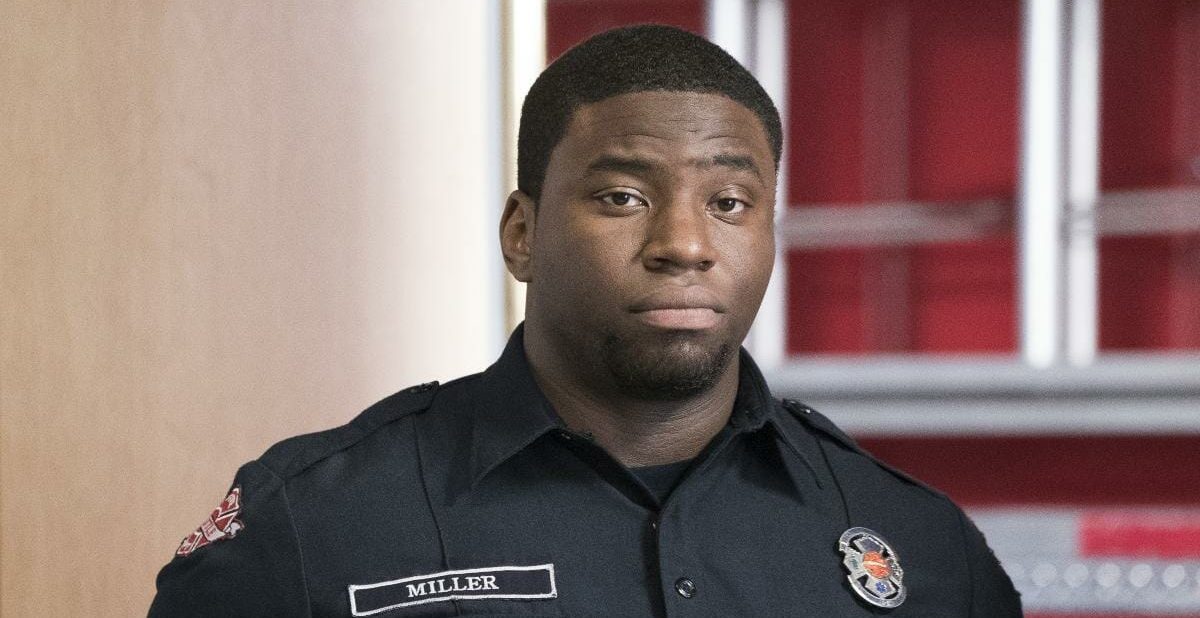 Okieriete Onaodowan’s Dean Miller is one of the most admired characters of ‘Station 19,’ for his sheer determination and compassion. Dean, time after time, shows what it takes to be of service to the community. His staggering death in season 5 makes one extremely curious about why Onaodowan left the show. On that note, here’s everything we know about his exit!

What Happened to Dean Miller?

The storyline of ‘Station 19’ season 5 concerning Dean centers around Crisis One, a mental health program Dean leads for the community. After his failure to express his love for Victoria Hughes, Dean contemplates moving to Oakland for the Crisis One program. Vic gets to know Dean’s plans and tries to persuade him to stay in Seattle rather than move to Oakland. However, Dean tells her he can’t. Soon, a gas line explosion occurs and Vic and Dean go to the site.

While going in the fire engine, Dean asks Vic to join him in Oakland, to which she replies she can’t. Dean and others arrive at the explosion site and go door-to-door to evacuate the residents. During their evacuation, Dean realizes that one house is building up gas inside. But unfortunately, before he can intervene, Captain Aquino opens the house’s door, harming Dean. Ben takes him to Grey Sloan Memorial Hospital, but on the way, he dies.

Why Did Okieriete Onaodowan Leave Station 19?

As per reports, Okieriete Onaodowan’s exit from the show was pre-planned mutually by the actor and the producers of the show. The actor reportedly approached the producers to leave the series at the end of season 4, but due to the significance of the character, the story arc developed to season 5 to fittingly kill off Dean Miller. After the crossover event, ‘Station 19’ showrunner Krista Vernoff explained the reason behind Onaodowan’s exit. “Oak has an expansive spirit and was ready for and craving new artistic horizons —and I truly can’t wait to see what he does next,” Vernoff told Deadline.

She added, “It will be powerful, it will be deep, and it will be courageous because Oak is all of those things.” Following his exit, Onaodowan expressed his gratitude towards the crew and fans of the show. The actor told Deadline, “It’s been a pleasure being Dean. I have Shonda Rhimes, Stacy McKee, Krista Vernoff, Paris Barclay, and ABC to thank for allowing me to bring him to life. I am grateful I got to work with the most loving, kind, and dedicated crew in network TV. And most importantly, thanks to the fans for showing Dean so much love. I hope he has inspired you to change your world for the better. Be the change!”

.@shondarhimes Thank you for taking a chance on me, and giving me the opportunity. Thank you so much. You have changed my life. 🙏🏿🙏🏿🙏🏿✊🏿✊🏿✊🏿 https://t.co/ol2xoTcWcz

As Vernoff stated, now that Onaodowan has departed from ‘Station 19,’ we will see the brilliant actor expanding his artistic career to new spheres. Following his exit, Onaodowan directed a play titled ‘The Very Best People’ by John Lavelle about white supremacists. Even though he hasn’t joined any new projects yet, we can very well expect the talented Onaodowan to return to the screen and stage soon enough with distinguished character portrayals like Dean Miller.