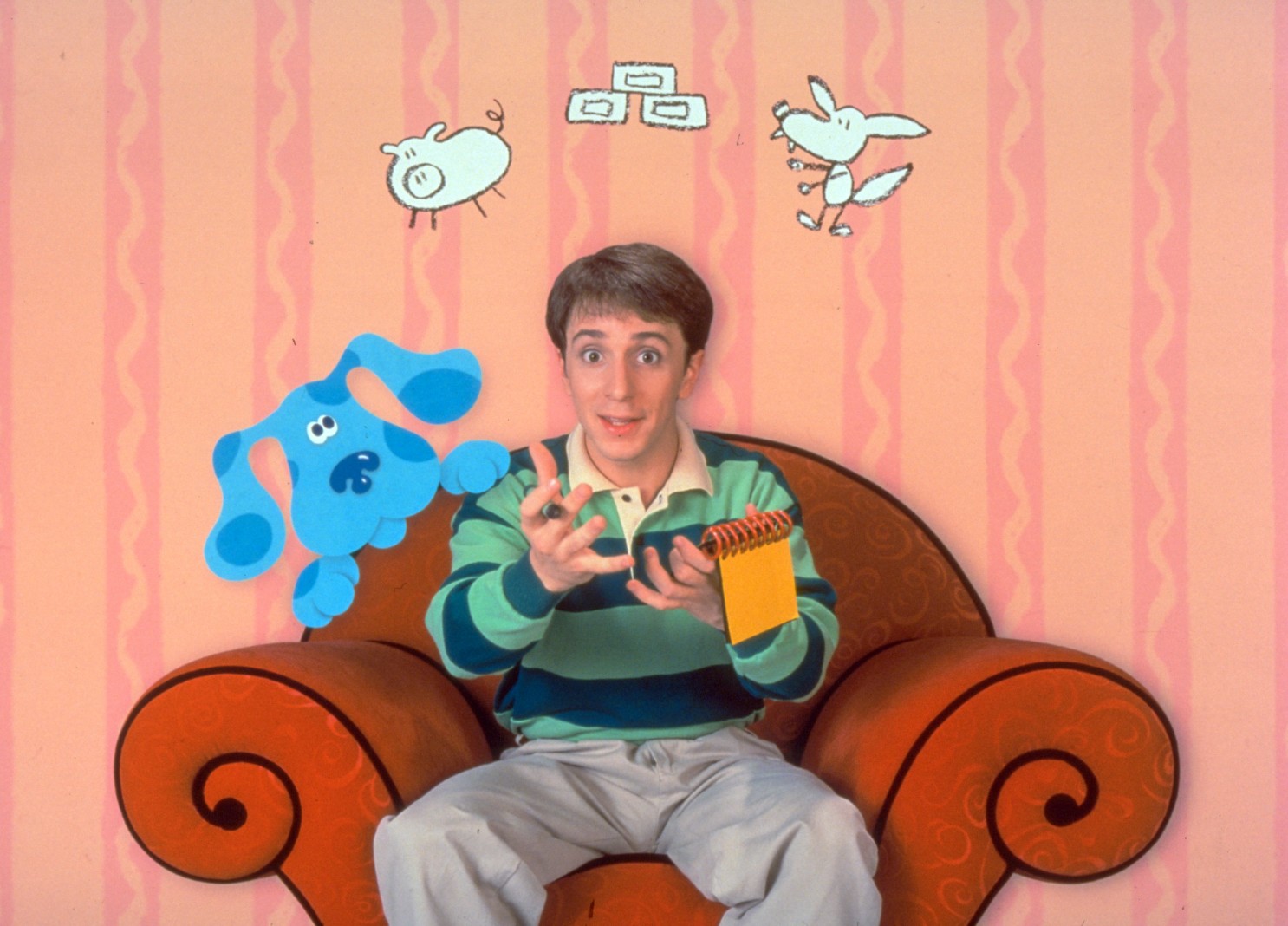 In honor of ‘Blue’s Clues’ 25th anniversary, Nick Jr. decided to appeal to the nostalgia of its viewers and, in a surprise move, brought back Steve Burns. Burns, who was popular for playing Blue’s owner on the show, exited abruptly in 2002. With his departure remaining unexplained for a long time, Burns appeared on Nick Jr.’s Twitter to clarify the reason behind his leaving and also surprise his now-adult fans. Let’s find out why Steve Burns left the show and where he is at present, shall we?

‘Blue’s Clues’ was an innovative TV program and one of the best examples of how to package educative content in a flashy and attractive animated show. Since its premiere, viewers got acquainted with the host Steve Burns, who earned love and respect from his young audience with his energetic hosting and charm. In 2002, Steve left the show quite suddenly and was immediately replaced by Donovan Patton. To maintain continuity on the show, he introduced Kevin as his brother, Joe, and left him in charge of Blue. Although the show carried on with its brilliant concept, Steve was sorely missed.

So about that time Steve went off to college… #BluesClues25 pic.twitter.com/O8NOM2eRjy

For the show’s 25th anniversary, Steve appeared in a special video posted to the Nick Jr. Twitter account. Sporting his signature green striped t-shirt and cap, Steve tackled the reason behind his abrupt departure and revealed he left to attend college and facilitate his education. He further went on to mention how college challenged him to use his mind and develop as a person.

The ex-host held his education responsible for shaping him into the person he is today and acknowledged the long and sometimes hard road he and his viewers had to travel. Additionally, the nostalgia-inducing video also saw Steve express his gratitude for his fans as he said, “I wanted to tell you that I really couldn’t have done all of that without your help and in fact, all the help that you helped me with when we were younger is still helping me today, right now. And that’s super cool.”

Where Is Steve Burns Now?

Although the video left many fans crying happy tears, it put forward one burning question – where is Steve Burns at present? After leaving ‘Blue’s Clues,’ Steve decided to focus on his music career and began working on his album, ‘Songs for Dustmites.’ The album was released in 2003 and propelled Steve in the limelight, who soon started a band called Steve Burns and the Struggle. In the meantime, he began taking minor roles in TV shows like ‘Yo Gabba Gabba!’ and ‘Law and Order.’ Moreover, he also took on the responsibilities of story editor, narrator, and art director for the children’s series ‘Roll Play.’

Steve Burns dabbled his foot in the movie industry and appears in films like 2004’s ‘Marie and Bruce,’ 2007’s ‘Netherbeast Incorporated,’ and 2008’s ‘Christmas on Mars.’ In 2009, Steve released his second album ‘Deep Sea Recovery Efforts,’ which was positively received. Since then, Steve has focused on his music career and, in 2016, launched a children’s album in collaboration with Steven Drozd.

With ‘Blue’s Clues’ having given him his first taste of popularity, Steve never gave up on the program and was heavily invested in the production of 2019’s ‘Blue’s Clues & You!’ He wrote and directed several episodes and was also instrumental in choosing the host Joshua Dela Cruz, who he introduces in the premiere episode. Additionally, Steve has also been in the media for his cameo appearance in the TV show ‘Young Sheldon,’ which uses his song ‘Mighty Little Man’ as the opening theme.

Steve Burns has been highly private on the dating front and has never revealed his relationship status in public. There are no reports on a special someone, and his social media posts also make that absence seem apparent. Thus, we can assume that Steve Burns is single at present and enjoying life on his own terms. We would like to wish him the very best as he strives towards further success in the future.