Why Does Colm Cut Off His Fingers in The Banshees of Inisherin? 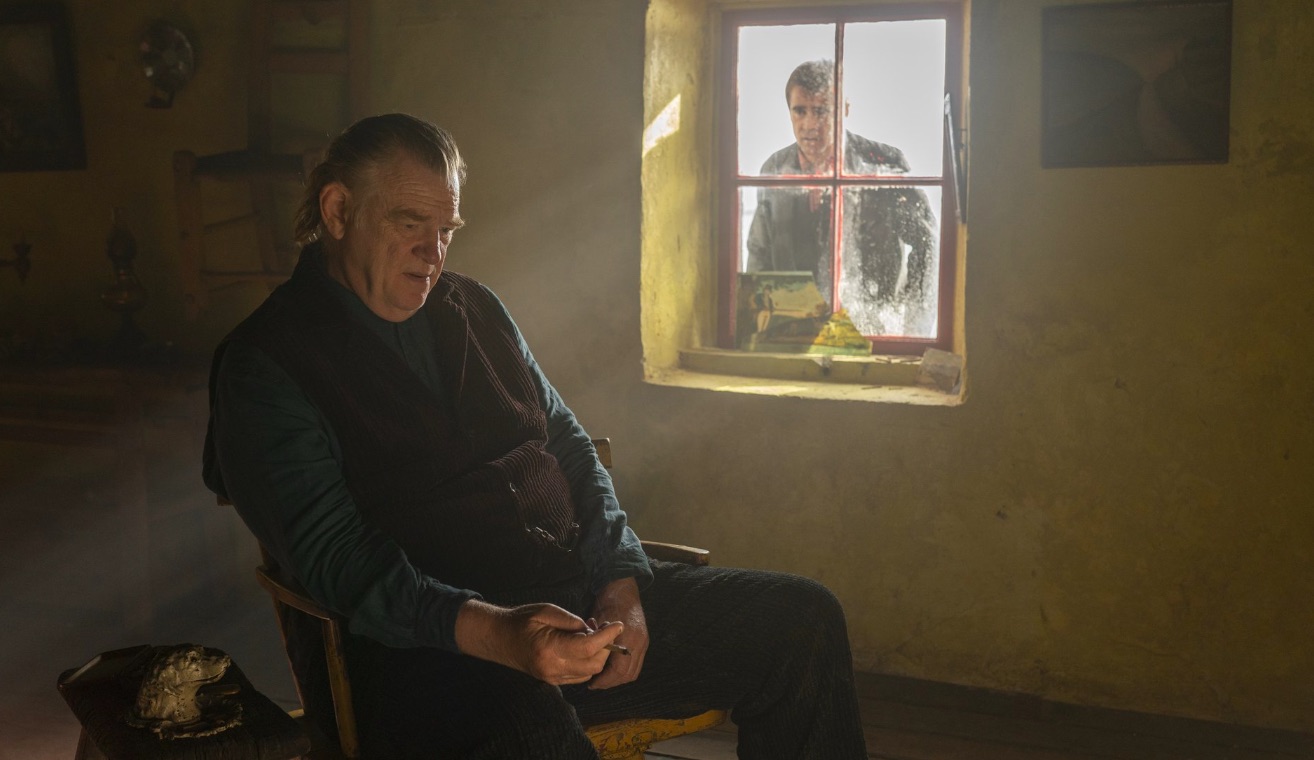 ‘The Banshees of Inisherin’ follows the break-up of Pádraic and Colm. They had been the best of friends, until one day, Colm decided to call quits on their friendship. For Pádraic, this is a shock and a decision that he cannot understand no matter how much he thinks about it. He believes that Colm is depressed and doesn’t take their break-up seriously. However, Pádraic’s desperation to rekindle their bond only makes Colm take more drastic measures to ensure that they are done for good. He threatens to cut off his fingers if Pádraic tries to talk to him again. If you are wondering why he does that, then here’s what you should know about the thought process behind his decision. SPOILERS AHEAD

Why Does Colm Cut Off His Fingers?

Colm tells Pádraic that he doesn’t want to be friends with him anymore because he wants to focus on making music. He plays the fiddle which makes his fingers all the more important to him, which is why it is rather difficult to believe that Colm would inflict harm upon himself. Why would he deprive himself of the very thing to which he wants to dedicate the rest of his life? More importantly, why not threaten Pádraic, considering that he is the problem that Colm can’t seem to shake off?

Going deeper into Colm’s intentions, we find that it isn’t exactly Pádraic that he wants to keep the distance from. He feels threatened by his mortality and the fact that he has done nothing to leave a mark on the world. He considers his own reputation impermanent as opposed to the art that he will leave behind. People might forget him in fifty years’ time, but they will remember his music. And to make that music, he needs to dedicate himself and remove all distractions from his life. Unfortunately, Pádraic happens to be the worst of them, which is why Colm is so stubborn about rooting him out of his life completely.

Colm knows how easy it is to fall back on one’s habits and forget the things they were meant to do. He could play fiddle his entire life, and yet, he never did anything about it. He knows that without any stern action on his part, he might turn languid, and would find himself on his deathbed without doing what he set out to. It is this urgency that pushes him to do the things that no one expects him to. In a conversation with IndieWire, director Martin McDonagh explained that it was this need to not waste any more time in his life that pushed the character to test his own limits. This sudden awareness of his mortality makes Colm think, “You’ve got this much time left. What do you choose to devote it to?” For the director, it was interesting thing “that an artist would threaten the thing that allows him to make art. Does that thing make him the artist?”

The self-imposed nature of his punishment also reveals that it is himself that he is angry with, not Pádraic. He still cares about the man who used to be his best friend, but he is also worried that he might not live long enough to exercise the talent he has for music. Elaborating on this, actor Brendan Gleeson, who plays Colm, talked about how it is a common feeling in artists, be it writers or musicians or painters or actors, where they “fear the loss of the thing that allows us to express ourselves. If that thing is threatened, it becomes about everything. So, I think my rationale was that Colm had made a commitment to risk everything in order to facilitate this space that he felt he needed to create properly.”

In a conversation with Deadline, Gleeson and Colin Farrell (who plays Pádraic) brought up the example of Vincent Van Gogh, who had cut off his ear. While one argues that it didn’t affect his ability to paint, Farrell explained that “the bottom line is they’re (Van Gogh and Colm) both significantly profound acts of violence against the self. The origin of that need, that desire, that devotion is what this is about.” This is why Colm turns the anger and the violence towards himself, rather than inflicting it outwards on someone else.

In a way, this violent act also mirrors the violence of the war that we hear about only in conversations and the distant cannon firing on the mainland. The discord between Pádraic and Colm is an allegory for the Irish Civil War. Instead of taking us to the heat of the battle and the bloodshed that’s happening out there, McDonagh focuses on something much more intimate and seemingly mundane when it comes to the bigger picture. The sudden break up of Pádraic and Colm is a reflection of the “particularly bloody and awful civil war between people who had been on the same side just six months or a year before, and who all more or less believed in the same thing.” The director told Datebook that he wanted to mirror “the suddenness and brutality of it”, which is where Colm’s act of self-mutilation came into the picture.

With all this in mind, it is clear that Colm cuts off his fingers more as an ultimatum to himself. He finishes the song that he’d started to write when he first broke things off with Pádraic, but that he will never be able to write another tune again is what pushes him to try even harder to stick to his goals. It is a terrible thing to have happened to him, but it drives home the dark and morbid turn that the ending takes, with Colm having lost just as much as Pádraic.

Read More: Is The Banshees of Inisherin Based on a True Story?