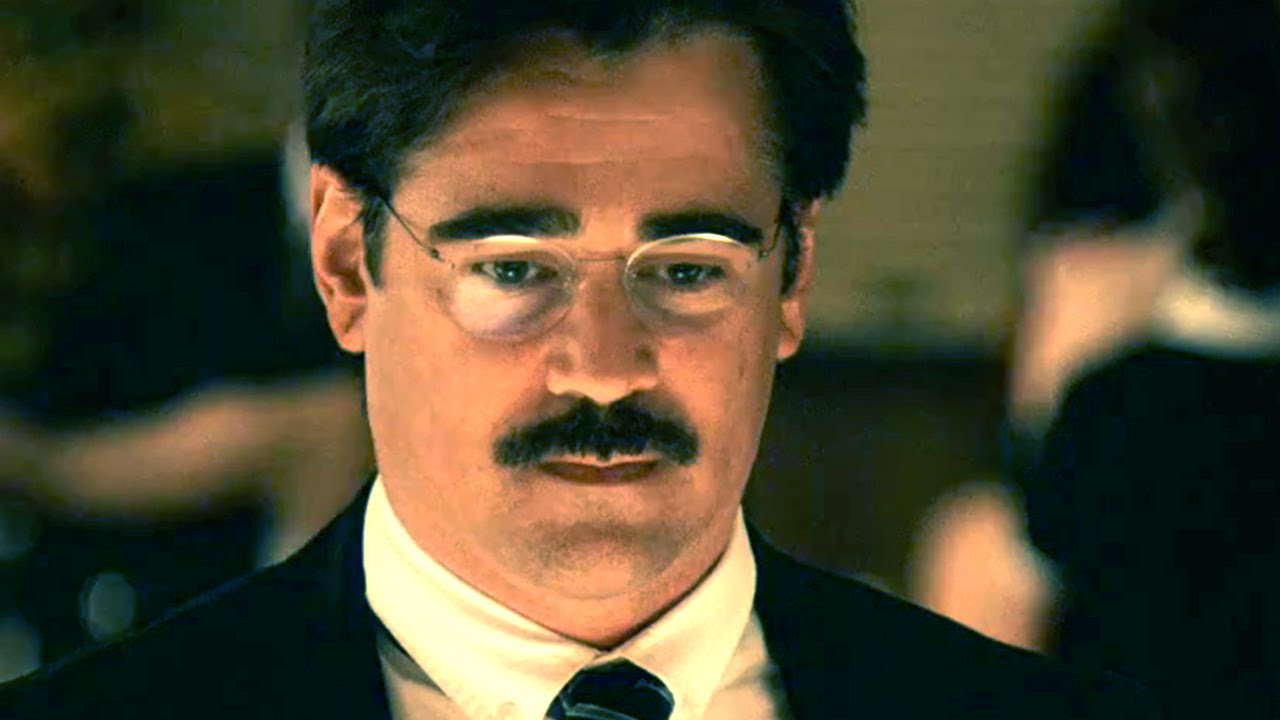 Colin Farrell. For much of his career he was Hollywood’s bad boy who could disarm hostility with a smile in a heartbeat. And he could charm, the police, the press, he was a genuinely good guy with that bad boy streak. And then he wasn’t, he cleaned himself up to focus on his art. Now coming to the question: What are the best movies of Colin Farrell?

As an actor he has evolved on the screen into one of substance and depth, able to portray a romantic lead, pop up in a supporting role, portray the tortured lead, or be as vicious a villain as you might imagine. His time has I think come and finally he is being accepted as one of the best on screen. Sure there have been some dreadful films, but rarely will you find one where the actor has been equally bad. He manages to shine, no matter how bad the film.

As on half of a hitman team, he is banished to Bruges after a killing goes wrong and he shoots dead a child. Haunted, in tears by his actions he cannot escape, so he decides to make the best of it and have fun in Bruges. The trouble is, there is not a lot to do in the town, but go looking for trouble and it will find you. Given the chance to leave town to escape being killed, he does, only to return to find himself face to face with a very angry mob boss who wants him dead. Farrell is superb in the role, weeping over a dead child in one scene, thrilled to be scoring with a woman in the next, and touched his partner would die for him. He won the Golden Globe (Comedy) for Best Actor.

This black gothic horror film that is also very funny sees the actor as a badly wounded Confederate soldier who is found in the Deep South by a group of women in a finishing school. Taken in by them, bandaged, cared for, fed he grows well, and restless, the proverbial rooster in a hen-house. The atmosphere is sexually charged the moment he realizes there are no men to be seen, so much so that every look, touch becomes double in its meaning. Though he knows better he cannot suppress the temptation and becomes sexually involved with some of the women, who in turn, extract a terrible revenge. Farrell is outstanding in the film, his growing confidence leading him to do stupid things that he cannot see harmful until it is too late. They take their pound of flesh…literally.

I always believed this to be a much better film than critics declared it to be when first screened,, and Farrell’s performance was near poetic in its beauty. Cast as the famous John Smith who fell in love with the Indian princess Pocahontas, Farrell is mesmerizing, especially in his scenes with the young girl. Large passages of the film go silent, as they bask in the beauty of the dense, thick forest, so green you can all but smell the cedars and moss, the fresh clean air as yet unspoiled by man. Farrell is superb as Smith, learning the ways of the Indians, embracing their culture, falling in love until the Chief demands he leave. The film is historically accurate in that Pocahontas did travel to Britain, but not with Smith. A lovely performance in synch with his Directors vision of the film.

In this bizarre and sometimes twisted black comedy, Farrell portrays a young man who comes to a strange hotel to find a mate, but if he does not in the required time he must take the form of an animal, and he has decided he will be a lobster if it does work out. With him is his dog, who is really his brother, and it just keeps getting weirder and more out there. Farrell gives himself over to the material, but again dazzles with a frank and wildly original performance. He just keeps getting better. The critics drew attention to the film, and audiences loved it!

As an arrogant agent who shows up to investigate the Pre-Crime unit and finds more than he should, Farrell was outstanding. His death was a shocking plot twist which told us no one was safe in the film, and propelled an already fast moving film to greater speeds. Smart, maybe too smart for his own good, I think he would have been just as comfortable in the lead role, but nevertheless was well cast and excellent where he was.

As Bozz, the rebellious recruit waiting to be shipped off to Viet Nam, Farrell gave an impressive breakthrough performance that enough of the right people saw to begin the process of making him a major new star. With his George Clooney good looks, he was the soldier always in trouble, the one the superiors had to watch because they knew he was a hot head about to go off. They just hoped he would till he got to Viet Nam before he did. Buzz proves a better soldier than anyone expected, though he draws the wrath of a fellow recruit. It is a solid performance in a fine film directed by Joel Schumacher a name not associated with great cinema.

In one of the better films directed by Schumacher, Farrell is outstanding as PR hot shot, cocky, he’ll downright arrogant, cheating on his wife, he is a dislikable character. But when his character is suddenly trapped in a phone booth, a sniper watching his every move, controlling his life, knowing everything about him, his world comes crashing in on him. The sniper speaks to him via the phone, and seems all knowing, all powerful, but slowly Farrell’s character finds weaknesses in the wipers armour and exploits it as best he can with limited means. Intensely claustrophobic, the actor is outstanding with limited range to move.

Yes it is a messy spectacle, yes it is crazy over the top in excess, but is that not at least part of the point? For me Farrell did a fine job in a film that failed him in so many ways, from the bombastic performance of Val Kilmer, to the casting of Angelina Jolie as his mother (?). There is one scene that told me he had the character of Alexander in him, as they are coming into Persia, conquerors. The parade is in full swing, the throngs are cheering, flowers are dropping from the sky and he looks heavenwards and swoons with power, closing his eyes, drunk with it. At that moment he is Alexander, just as he is forming battle lines, charging an elephant, bedding Roxanne, the two roaring and hiss at each other like cats, and in his dying moments. It is a great performance, sometimes, in a bloated mess of a film that has greatness within, sometimes, just not often enough. Farrell however makes Alexander, great.

As the loving though drunken father of writers Travers, who gave the world Mary Poppins (1964), Farrell is heartbreaking creating a loving father who just cannot shake the bottle. Burdened by his failures, he drinks, but never ignores his children whom he loves more than life, teaching them to see the world and all the fun in it. Instead he shows them both sides, the good and the bad. There are many moving moments, and Farrell is outstanding as a broken man doing his very best. It is a small role, but he makes it his own and is perfect.

I know, but we all have our guilty pleasures, this is one of mine. Farrell plays it so over the top, each leer, crook of the head, movement is so exaggerated as Bullseye, an Irish villain, it works from the moment we see him. His first appearance is in an Irish pub, tossing darts while not looking, hitting the centre every time. His dark eyes are wide and wild, he seems as though he stepped in from another world, so bizarre is his performance. Most major actors try their hand at a super villain, few come through as fine as this. The movie is dreadful, all but for Farrell, who has a blast.