Why is Ellie Immune in The Last of Us? Explained 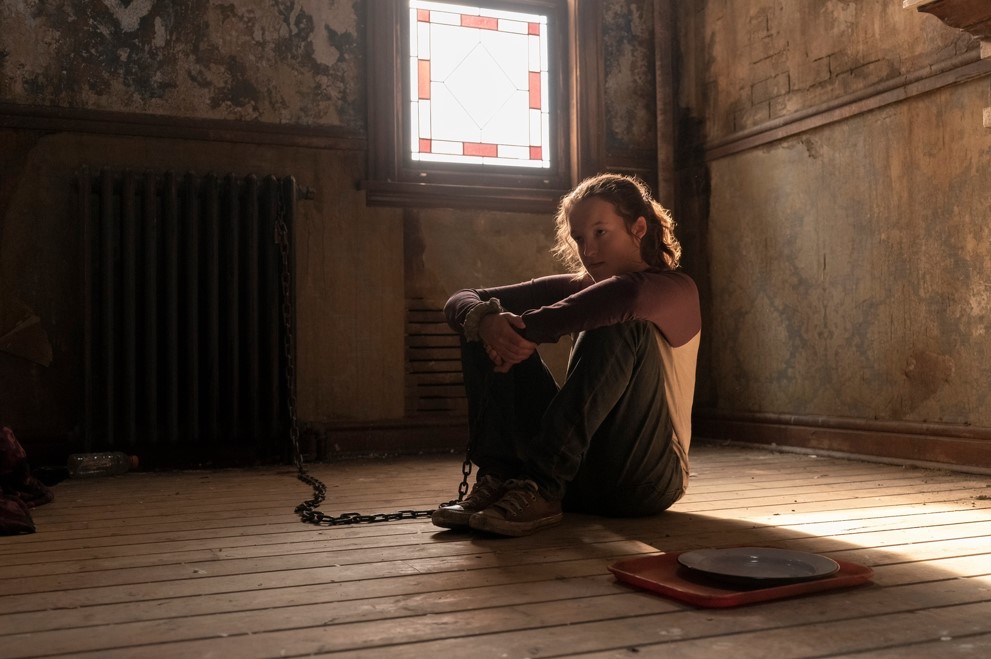 Portrayed by Bella Ramsey, Ellie Williams is one of the main characters in the HBO series ‘The Last of Us’ along with Joel Miller (Pedro Pascal). At the start of the series, Ellie is seemingly a prisoner of the Fireflies, the anti-establishment organization fighting against the tyrannical rule of the Federal Disaster Response Agency or FEDRA. The Fireflies scientists discover that Ellie is quite special and decide to transport her. However, their plans soon go awry after several of their members are killed in a brutal fight. This is when smuggler Joel Miller (Pedro Pascal) becomes involved. He and his partner are tasked to take Ellie to a relatively safer location and discover that Ellie is immune to the deadly infection that has ravaged the world. Here is everything you need to know about it. SPOILERS FOR THE GAME AND TV SHOW AHEAD.

Why Is Ellie Immune to the Infection?

In ‘The Last of Us’ universe, a mutated strain of Cordyceps fungi has caused the greatest disaster in human history. Sixty percent of the human population is either killed or turned into the infected. The fungi also decimated the civilization. In the show, the story picks up again in 2023, twenty years after the outbreak started. After Joel meets Ellie, protecting her becomes his primary objective. Although the 2013 game the series is supposed to be based on doesn’t explore Ellie’s immunity in detail, we can always make certain speculations.

There is a longstanding theory that Ellie’s mother was pregnant with her when she was bitten. During the journey in the game, Ellie picks up a number of artifacts. Among them is a letter from Ellie’s mother. According to the content of this letter, Ellie was a day old when it was written, and Ellie’s mother was dying at this point. While this can potentially be considered far-fetched, given that it takes two days for the infection to take hold of a person, it is possible that Ellie’s mother was bitten when she gave birth, and because of this, Ellie became immune to the deadly fungal inspection. Ashley Johnson, the voice actress who portrays Ellie in the games, is set to play Ellie’s mother, Anna, in the show. Considering this connection, the show might officially announce that Ellie’s immunity is related to the circumstances of her birth.

Another possibility is that Ellie developed resistance against the strain because she also underwent a mutation. She was born with immunity, but it remained dormant all these years. When she got bitten by one of the infected, it got activated. In the context of this theory, her mother had a death not related to the infection. “Anna” was a member of the Fireflies, and the lives these people lead are almost always filled with danger. So, she could have died in many other ways than from the infection.

Both in the show and the game, Tess discovers that Ellie was bitten, prompting the younger woman to explain that it had been three weeks, but she has shown no sign of infection. Ellie’s immunity makes her the only source of hope in a world where humanity is gradually dying. Perhaps, Ellie’s immunity is somehow tied to the origin of the outbreak. In the game, the outbreak began in South America. The mutated strain of Cordyceps fungus is transferred into humans through corps. In the show, it is hinted that the ground zero of the infection is in Indonesia. By exploring how the mutation of the Cordyceps fungi happens, we can figure out how Ellie became immune to it. If the show is heading in the same direction as the game, it will not matter how Ellie became immune. Joel will make certain choices that will have repercussions on the entire humanity.

Read More: Does Joel Die in The Last of Us? [Spoiler]