Will Corlys Die? Is Steve Toussaint Leaving House of the Dragons? 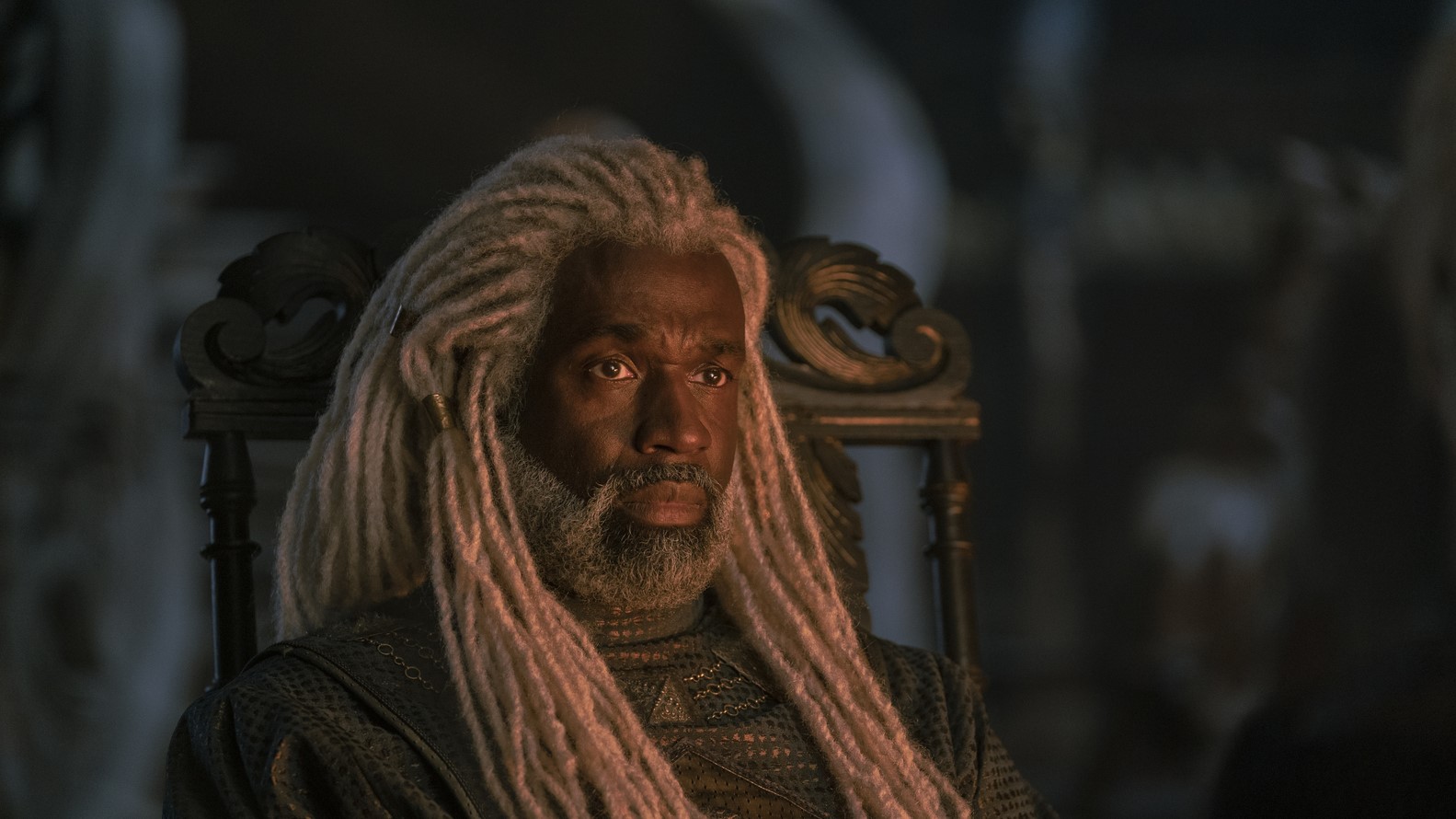 Portrayed by Steve Toussaint, Corlys Velaryon is one of the main characters in ‘House of the Dragon.’ In the annals of the history of Westeros, he is inarguably the most well-known member of his house. Like the Targaryens, the Velaryons hail from the old Valyrian Freehold, having arrived in Westeros long before the Doom. Although they are not traditionally dragonriders, they are the masters of the sea. And Corlys, who is also known as the Sea Snake, is the greatest of them all.

With him at the helm of the family, House Velaryon has reached the height of its power, wealth, and influence, almost rivaling the royal House of Targaryens, of whom the Velaryons were kins. In ‘House of the Dragon’ episode 8, titled ‘The Lord of the Tides,’ it is revealed that Corlys has been injured in the conflict in the Stepstones and is fighting for his life because of the ensuing blood fever. This has resulted in a succession crisis at Driftmark, with Corlys’ brother, Vaemond, questioning the paternity of Lucerys Velaryon, Corlys’ chosen heir. If you are wondering whether Corlys will die soon and whether Toussaint is set to leave ‘House of the Dragon’ in its inaugural season, we got you covered. BOOK AND SHOW SPOILERS AHEAD.

‘House of the Dragon’ is based on certain sections of George R.R. Martin’s 2018 book, ‘Fire & Blood.’ The show serves as a prequel to ‘Game of Thrones’ just as ‘Fire & Blood’ is a prequel to Martin’s ongoing magnum opus book series, ‘A Song of Ice and Fire.’ Unlike in the show, Corlys came down with a sudden fever in 126 AC in the books. As it was believed that he could die at a given moment, a conflict became inevitable between Vaemond and Lucerys Velaryon and the latter’s family to be the next Master of Driftmark and Lord of the Tides. However, unlike in the series, Vaemond never really declared Rhaenyra’s children as natural born in front of the King, though he was still decapitated by Daemon.

As for Corlys, he didn’t die because of the illness. By 129 AC, the year the civil war between two factions of the Targaryen dynasty began, Corlys had regained his health and went on to be a prominent participant in the dance of the dragons. Initially, he was part of the Black faction, with most members of his family belonging to the same as well, but later during the series, he becomes a member of the Greens. Considering all that is yet to happen in ‘House of the Dragon,’ it is safe to presume that Corlys will continue to be part of the narrative in the coming episodes. In the books, Corlys is one of the few characters to survive the civil war. He died in 132 AC at age 79.

Is Steve Toussaint Leaving House of the Dragon?

No, Toussaint isn’t leaving ‘House of the Dragon.’ His character is set to play an important role in the civil war, so he isn’t going anywhere in the next few seasons of the show. The casting of Toussaint, a black actor, initially received some criticism because Velaryons are said to have traditional Valyrian features in the books  — silver hair, pale skin, and purple eyes. Some of the criticism was undoubtedly motivated by racism. Others complained because they were book purists. Either way, Toussaint’s performance as the character has overwhelmingly convinced people that he is the best man for the job.

Series co-creator and co-showrunner Ryan Condal explained Toussaint’s casting in a 2022 interview with Entertainment Weekly. “The world is very different now than it was 10 years ago when [Game of Thrones] all started. It’s different than 20 years ago when Peter Jackson made The Lord of the Rings. These types of stories need to be more inclusive than they traditionally have been,” the actor said. “It was very important for Miguel and I to create a show that was not another bunch of white people on the screen, just to put it very bluntly.”