Who Is the Narrator of House of the Dragon? 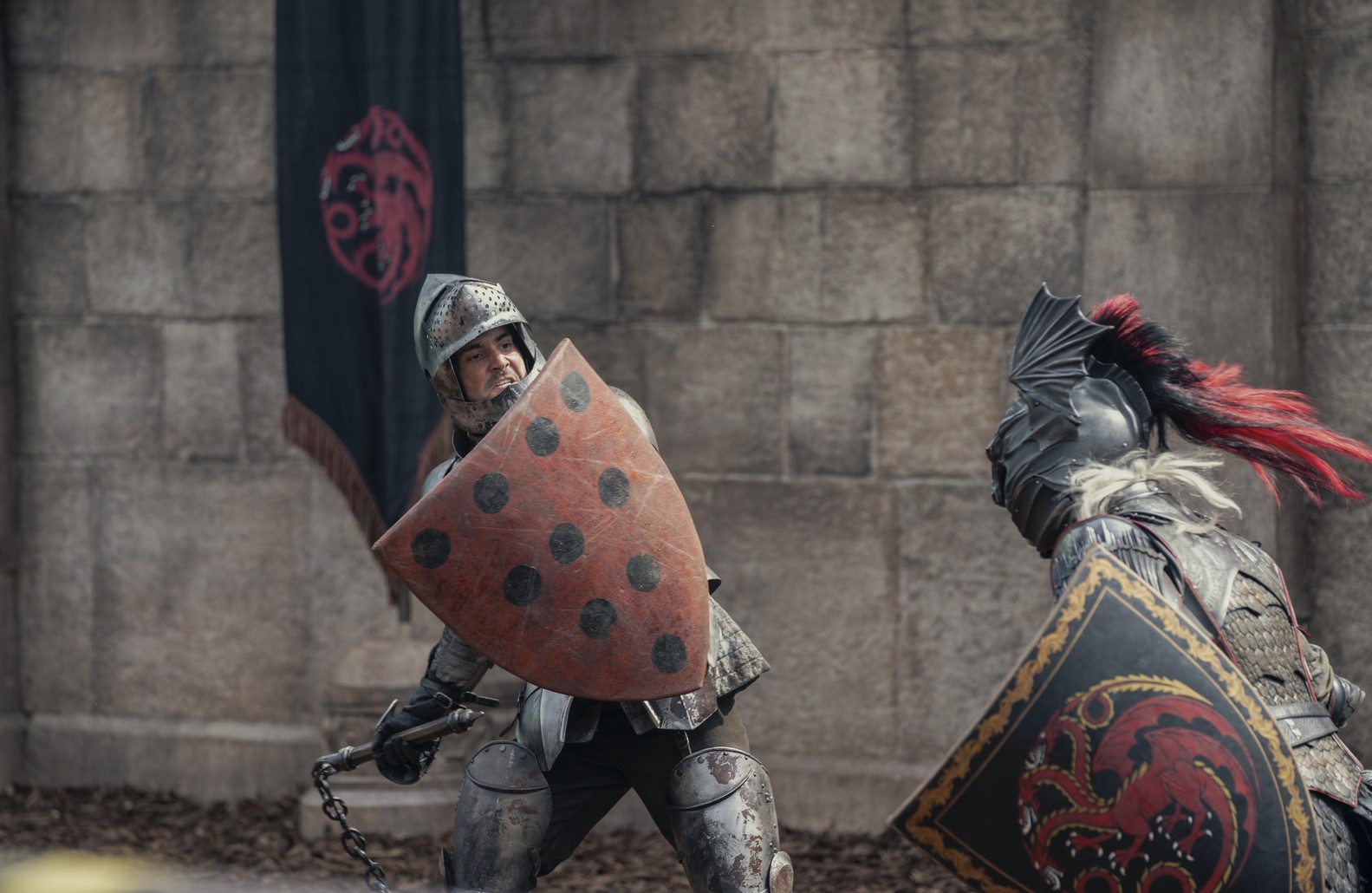 ‘House of the Dragon’ is an HBO fantasy action series created by Ryan J. Condal and George R. R. Martin. It is based on certain sections of Martin’s 2018 book ‘Fire & Blood,’ the prequel to Martin’s ongoing epic fantasy series, ‘A Song of Ice and Fire,’ the source material of ‘Game of Thrones.’ The story begins in the continent of Westeros 172 years before Daenerys Targaryen and focuses on the brutal war of succession between two factions of the ruling Targaryen dynasty. Like its predecessor, ‘House of the Dragon’ is filled to the brim with political intrigue, violence, and sex. It also has dragons, many more than the original series. If you are wondering whether ‘House of the Dragon’ has a narrator and who that person is, we got you covered.

Who Serves as the Narrator on House of the Dragon?

Martin wrote ‘Fire & Blood’ from the perspective of Archmaester Gyldayn of the Citadel of Oldtown, the author of the unfinished history book ‘Fire & Blood, Being a History of the Targaryen Kings of Westeros.’ It covers the years from Aegon I’s conquest to the regency of Aegon III. This makes ‘Blood & Fire” more of a descriptive novel rather than narrative.

‘House of the Dragon’ predominantly revolves around the Targaryen war of succession known as the “dance of the dragons,” or more ominously, the “dying of the dragons.” In his works, Martin often employs a plot device known as the unreliable narrator, where the viewers can’t necessarily trust the accounts from the first-person point of view. While, as mentioned above, ‘Blood & Fire’ is mostly descriptive rather than narrative, Archmaester Gyldayn’s account of the dance of the dragons is primarily based on four sources: the accounts of Grand Maester Orwyle, Grand Maester Munkun, Septon Eustace, and court jester Mushroom. According to semi-canonical sources, Archmaester Gyldayn is alive during the reign of Robert I Baratheon, toward the tail end of the third century since Aegon’s conquest. So, understandably, he relies on the works of others for his own account of history.

However, Condal made it clear during an interview with Polygon in 2022 that they would not be utilizing the unreliable narrator aspect of the book in ‘House of the Dragon. “As fun as that Rashomon style of storytelling is, we kind of left that to the book, and decided to, instead, try to define what we thought the objective truth of this actual history was, as we saw it,” he said. “Certain historians are right, and certain historians are wrong. Sometimes they all get it right. Sometimes they all get it wrong — sometimes Mushroom’s even right, by chance. And I think that was the fun of the adaptation is getting to really interplay with the book as a companion piece.”

Instead, what we hear in ‘House of the Dragon’ is the voice of an adult Rhaenyra Targaryen, the daughter of King Viserys Targaryen and his heir. She is portrayed in the show by Emma D’Arcy, while Milly Alcock portrays the younger version of the character. After her father’s death, Rhaenyra and her followers become known as the blacks during the dance of the dragons civil war. They are opposed by the greens, comprising Aegon II Targaryen, the son of Viserys I and Alicent Hightower, and his followers. Rhaenyra’s narration set the tone for the series, foreshadowing the bitter feud that is to come.

Read More: Is House of the Dragon Based on a True Story or a Book?