Emma D’Arcy From House of the Dragon: Everything We Know 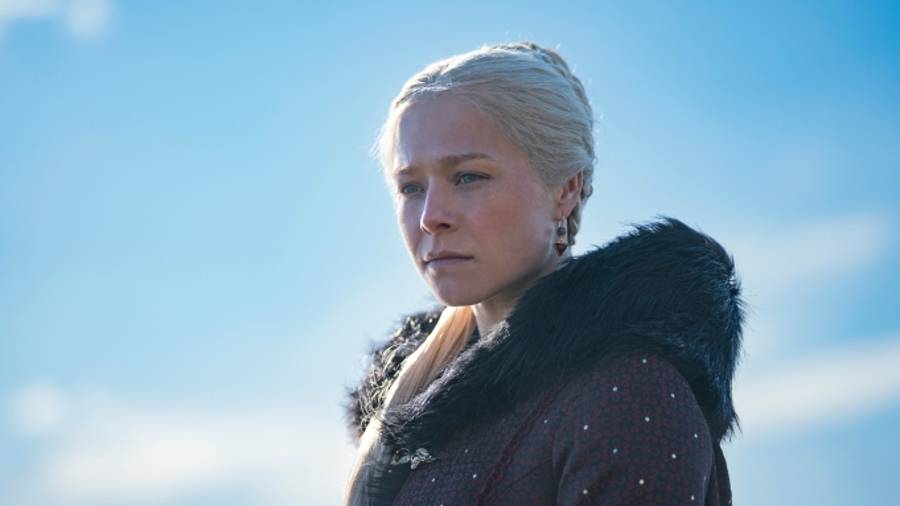 When Emma D’Arcy had decided to audition for Princess Rhaenyra Targaryen, the protagonist in the fantastical world of HBO’s ‘House of the Dragon,’ they genuinely had no idea what they were getting into. That’s not only because of the fame they’ve been propelled towards but also because they actually didn’t know it was for the prequel of ‘Game of Thrones‘ — a mega-hit they hadn’t even seen. Yet, for now, if you just wish to learn more about their life entirely outside of this incredible George R. R. Martin-created original franchise, don’t worry; we’ve got the essential details for you.

Emma Zia D’Arcy was born on June 27, 1992, to Sally Elizabeth D’Arcy and Richard John D’Arcy as one of their two immensely creative children right in the capital city of London, United Kingdom. Some reports claim the non-binary individual is an only kid, but the truth is they do have a sibling who goes by Loe (born Chloë D’Arcy), is also non-binary, and prefers gender-neutral pronouns. The fact the D’Arcys are still an undeniably tight-knit group thus makes it very clear that every single one of them is open-minded, innately supportive, and simply kind in every sense of the term.

Coming to their professions, while Richard’s domain is a little unclear at the moment, Sally, as well as Loe, are like Emma in the sense they’re both positively active in the dynamic creative field. In fact, the latter is a University of the Arts London (2015-2017) and Trinity Laban Conservatoire of Music & Dance (2018-2021) graduate. Loe, who is a Dancer, Dance Instructor, and Dance Therapist, is currently serving as an Administrative Assistant at a studio in their home city.

Emma can honestly just be described as an actor through and through, especially considering the fact they acquired formal training from the elite Ruskin School of Art at The University of Oxford. They kickstarted their career by featuring in several theatre productions before making the natural transition to on-screen originals, whether film, television, or music videos, without sticking to a genre.

From ‘Romeo and Juliet,’ ‘The Games We Played,’ and ‘The Crucible’ to ‘Against,’ ‘Callisto: A Queer Epic,’ and ‘Pillowman,’ Emma has given notable performances in them all on stage. Their on-screen debut was in 2017 with a short part in ‘United Strong Alone.’ Since then, they’ve done well in films such as ‘Misbehavior‘ (2020) as well as ‘Mothering Sunday‘ (2021). As for their small screen credits, apart from HBO’s ‘House of the Dragon,’ it includes BBC/Netflix’s ‘Wanderlust’ (2018), Prime Video’s ‘Hanna‘ season 2 (2020), and Prime Video’s ‘Truth Seekers‘ (2020), amongst others.

Emma has always been pretty private about their personal experiences, so they haven’t yet explicitly opened up regarding their relationship status or dating history. However, it does seem like they’re happily involved with someone at the moment, and their online presence suggests it could be theatre turned film director Thomas May Bailey. After all, not only are most of the UK-based talent’s recent posts with (or taken by) him, but he has also casually hung out with their family (at least once), as seen above.

In a June 2022 interview with Entertainment Weekly, Emma actually revealed their partner helped them a lot in the pre-production process of the HBO series in terms of the iconic wig. They’ve been sporting short hair for years now, meaning they really had to improvise during the final stages of Rhaenyra Targaryen auditions (look tests) since it was around peak pandemic 2020.

“All I had were some hair extensions left over from a job,” Emma said. “No way of attaching them to me, no idea how to do that. For 24 hours, me and my partner just tried — I can’t put more emphasis behind that word… We hot glued these hair extensions to these wig grips… We kept trying until we found something that gave me the illusion I had long hair. And then, every time we taped after that, I would sit in front of the telly, and my partner would do my hair extensions for an hour and a half before we taped anything.”

Read More: Is House of the Dragon’s Olivia Cooke Dating Anyone?