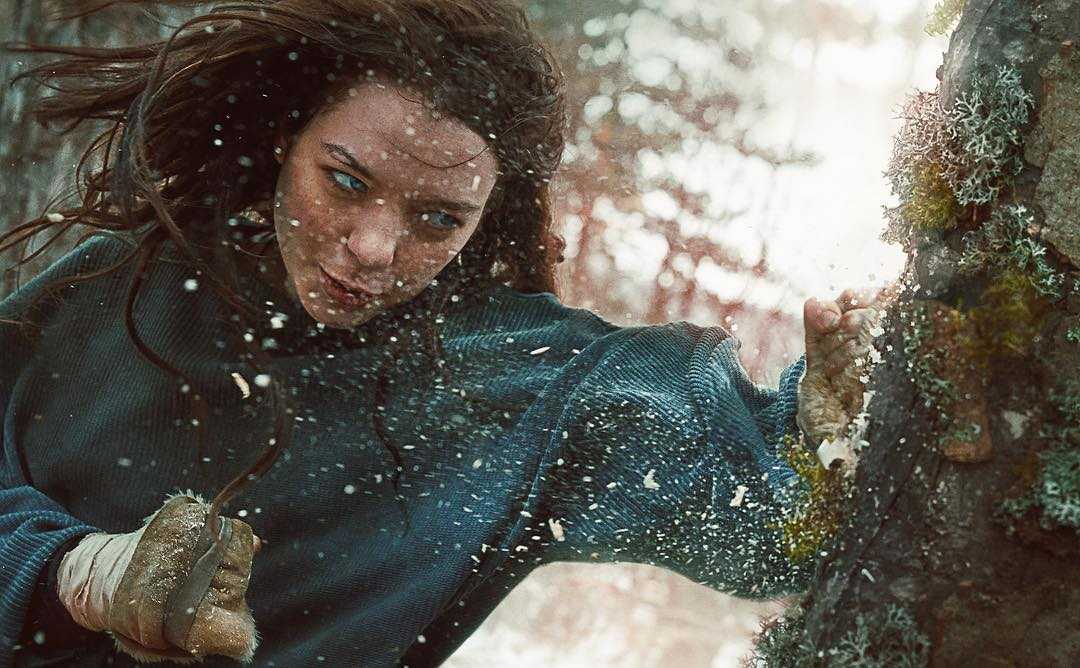 ‘Hanna‘ is the new series coming out on Amazon Prime which is based on the 2011 movie of the same name starring Saoirse Ronan. The first episode has already been released during Super Bowl and it has received universal acclaim. On the review aggregator site Rotten Tomatoes, it has a 100% rating. Audiences who’ve watched the first episode have unanimously agreed that it is a great thrill ride with amazing performances by the actors.

‘Hanna’ tells the story of a young girl facing life-threatening circumstances in the forests of Poland. She is a trained assassin who has received immense knowledge about killing and surviving in the snow from her father who was in the armed forces. Hanna is being chased by a rogue CIA agent who wants to capture her at any cost. The premise sounds absolutely thrilling and fans cannot wait for the premiere of the remaining seasons on March 29. But before you check it out, if you like the premise and enjoy such action/adventure stories, we have brought to you these 10 shows you can have a look at. Here’s the list of best shows similar to ‘Hanna’ that are our recommendations. You can watch several of these shows like ‘Hanna’ on Netflix, Hulu or Amazon Prime. 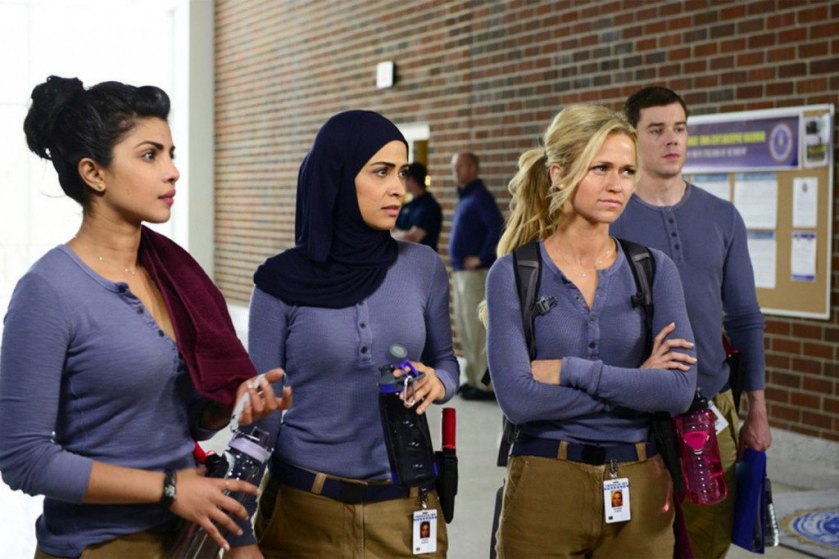 Quantico is the training center of the FBI where they train new recruits in all fields essential to be working for the Bureau. It is the story of a group of such young recruits who have trained and become officers of the Bureau. The protagonist of the series is a woman named Alex Parrish who has been fired from the FBI as evidence has suggested that she was involved in a bomb attack. In the first season, there are two timelines – one in the present day when Parrish is on the run to prove her innocence, and the other one is a flashback showing how she and her group of friends were training at Quantico. Though the first season was praised by critics, the second and third seasons received mixed reviews after which ABC canceled the show. It can be watched for the phenomenal performance Priyanka Chopra delivered as Parrish. 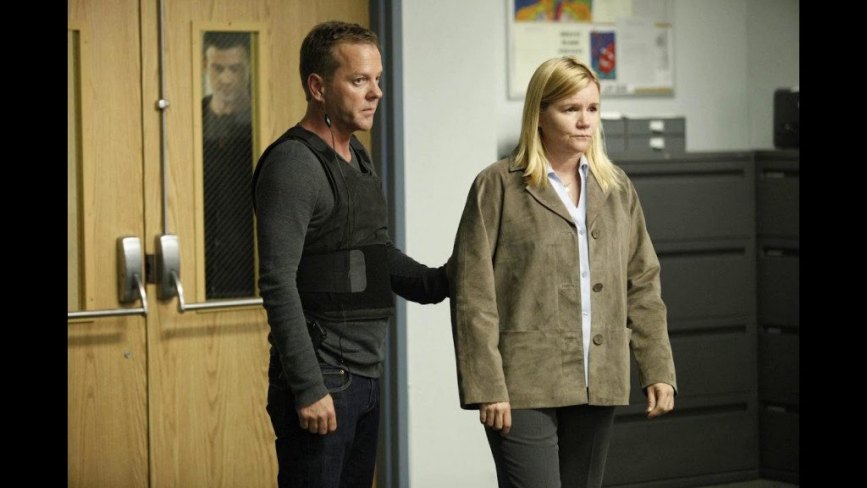 This show focuses on the character of Jack Bauer played by Kiefer Sutherland. Bauer works for the United States’ Counter Terrorism Unit and helps keep America safe by nipping terrorist problems at the butt. Interestingly, each season of the show has 24 episodes focusing on a day in the life of the main character. The story mainly deals with how the CTU controls terrorist activities, but sometimes delves into the personal lives of the characters as well. The series has already been adapted in India, and another Japanese adaptation is set to release next year. The series has been universally acclaimed from all corners, with critics praising how the makers managed to make it gripping while depicting events in real-time. 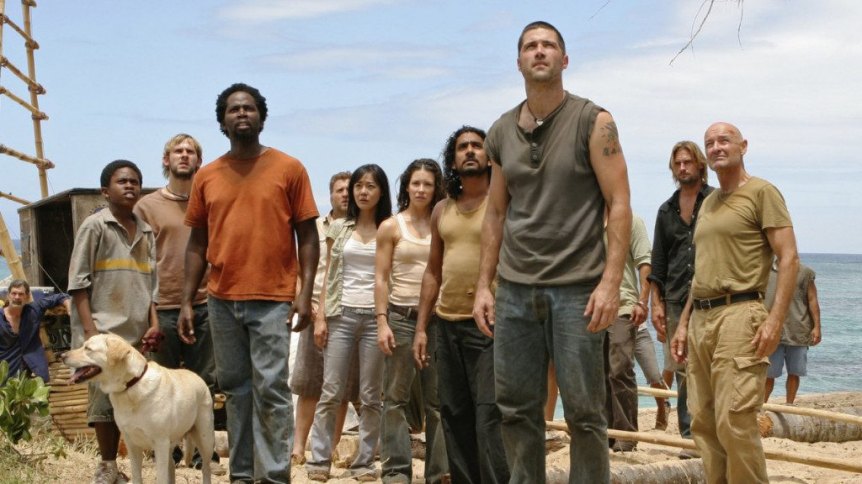 ‘Lost’ is one of the most acclaimed shows of the past decade, and tells the story of a group of survivors of a plane crash who have found themselves on an abandoned island. However, as time goes by, they realize there are other sinister forces present on the island. The series probably takes its inspiration from William Golding’s masterpiece ‘Lord of The Flies’ where a similar fate befalls upon a group of children. ‘Lost’ tells the stories of forty characters whom we meet on the island. There are several recurring motifs that appear in the series which has caught the fancy of audiences and there is an entire mythology of the island which is either supernatural or science fiction. Many fans and critics have called the show one of the greatest in the history of television. 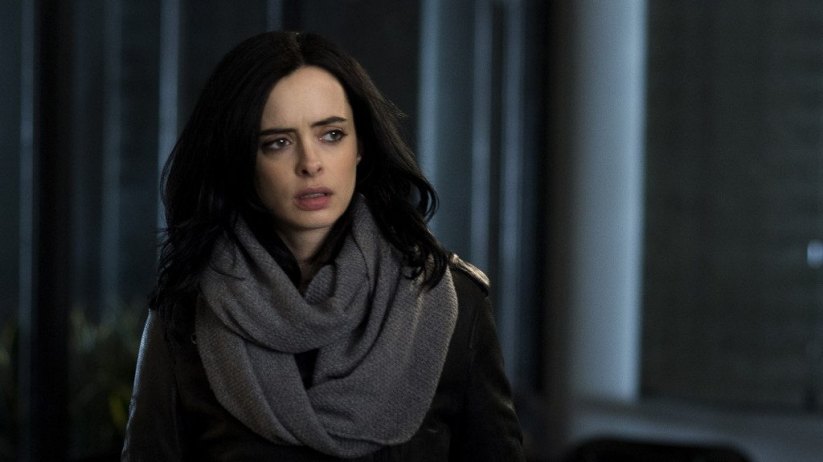 ‘Jessica Jones’ is a Marvel superhero series based on the life of the lead character after she has left her superhero life behind and started afresh as a private investigator. Jessica is an alcoholic, but her superpowers prevent her from getting drunk. Her dark past keeps haunting her, and she still remembers the accident which took the lives of her parents. The series is in continuity with the Marvel Cinematic Universe. Kristen Ritter plays the role of Jessica Jones. The series uses a noir approach in its cinematography, with the use of shadows always hinting at something dark and sinister lurking about in the corners. The first season was widely acclaimed by critics, and the series also introduced to us the character of Luke Cage. 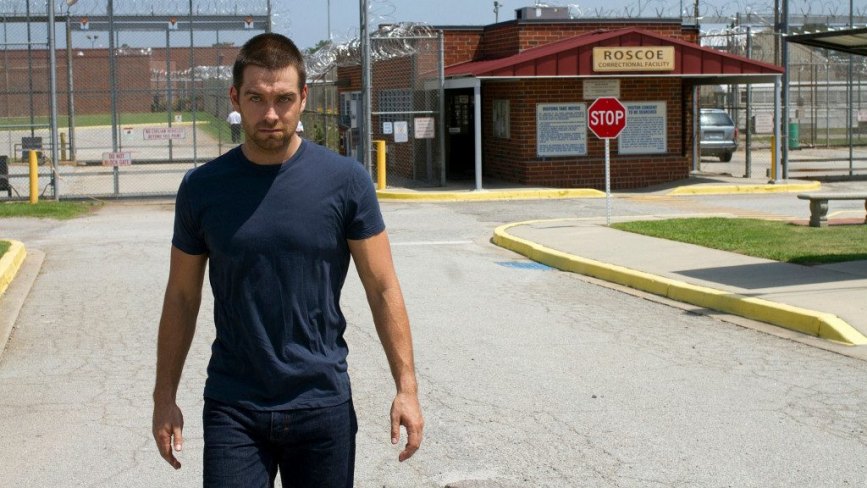 ‘Banshee’ is the story of an ex-con who decides to take up the identity of a deceased sheriff in a small American town to escape the eyes of a crime lord nicknamed Rabbit. Antony Starr is the protagonist of the series who is in love with the crime lord’s daughter. Both of them had stolen a large sum of money from Rabbit, and the story is about how they manage to evade his eyes and save their lives. The show ran for two seasons with critics praising its ingenuity in character development where each of the supporting characters also become interesting. The series even managed to grab an Emmy Award for the stunning use of visual effects. Interestingly, Antony Starr’s character is always called by the name Lucas Hood, which he picks up from a sheriff, but we never know what his original name is. 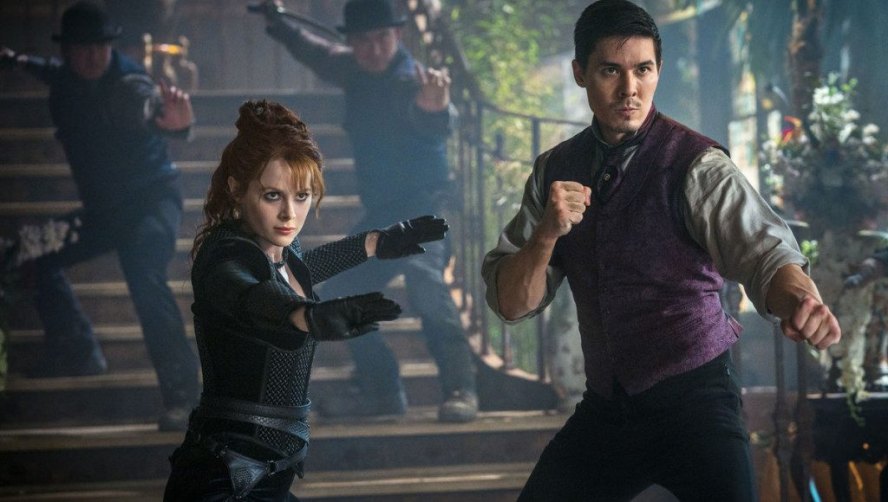 ‘Into The Badlands’ depicts a post-apocalyptic world civilization that had collapsed. Now there are certain feudal lords ruling parts of the population. Beyond this structure, there are the nomads who are not under any baron but are at the fringe of civilization, barely surviving on their own. Each baron rules with the help of a trained army under him. These soldiers are called Clippers, and they are adept in the use of martial arts and melee weapons as guns have ceased to exist. The show was canceled after the third season, which aired in April-May last year. The use and depiction of martial arts in this movie have received widespread acclaim. 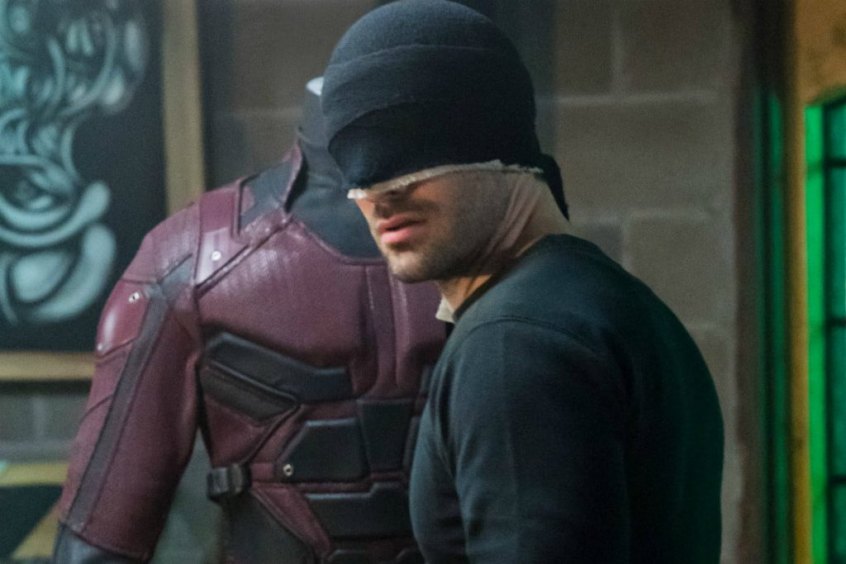 Matt Murdock lost his eyesight when he was a small kid due to an accident. But since then, his other sense organs have reached superhuman potential, and he has been trained by a mysterious old man called Stick in martial arts. Matt’s father was a boxer who did not take a fall despite getting paid for it, which resulted in the mobsters claiming his life. Matt now is a lawyer who has opened a small firm with his best friend, Foggy Nelson. A series of events makes Matt decide that there is rampant violence in Hell’s Kitchen, and thus he begins using his powers to help those in need. Local media dubs him ‘Daredevil.’ This is the premise of this MCU/Netflix series which has now been canceled after three seasons. All three seasons of the show have received critical acclaim for their realistic and gritty depiction of a comic book superhero. The third season has a prison fight sequence where the makers give you a masterclass in action film-making. Charlie Cox has been marvelous in the titular role. 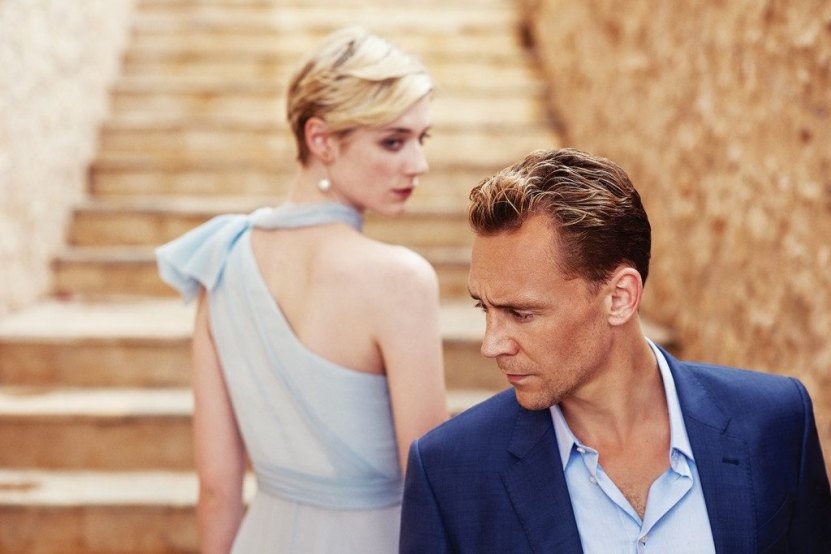 One of the best TV series of recent times, ‘The Night Manager’ stars Tom Hiddleston as the leading character called Johnathan Pine. He is a former soldier who now works as the night manager at a hotel. One day, Pine is approached by an MI6 agent who wants him to infiltrate an arms dealer’s organization to extract information about their operations. Hugh Laurie acts as the boss of the crime organization and the role of the MI6 agent is played by Academy Award winner Olivia Coleman. All the three leading cast members have been awarded Golden Globes for their respective roles in the series. Critics have also been all praises for this series, which some have also called one of the best ever. 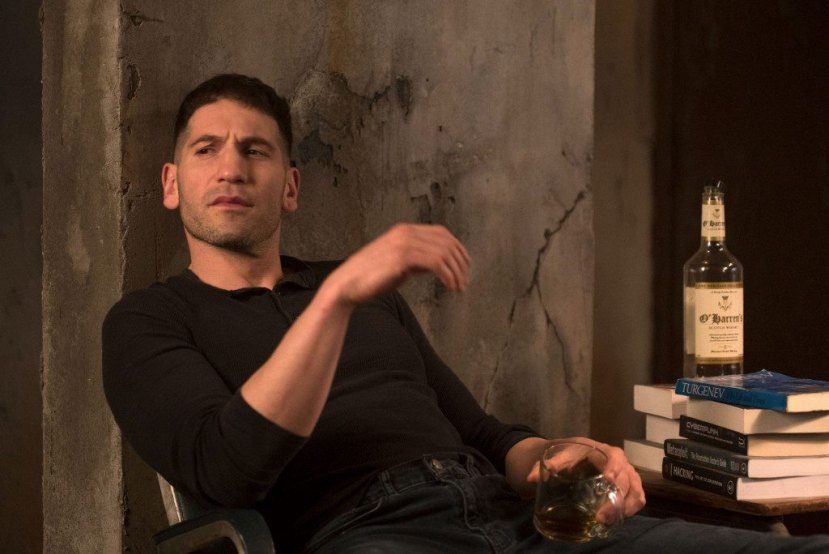 Frank Castle was probably the best Marine Corps the United States Army had seen in quite some time. His family is killed in an encounter between two gangs, which results in him being rendered all alone in this world, broken and shattered to his very core. This incident changes Frank’s life as he decides to kill any and every criminal he finds has remotely anything to do with the murder of his wife and children. He then continues his mission further, taking down cartel members, American gangs and similar organizations almost single-handedly. Frank has no superpower. All he has are the skills he learned as a Marine and his immense will power. He is a master in hand-to-hand combat and with a gun. He can take punishment like no other and does not believe in taking any prisoner. His brutality in carrying out his own judgment gives him the moniker “The Punisher”. What this show has mastered is action sequences. No other show does it better. They are brutal, real, gory, and look realistic. Jon Bernthal’s performance as Castle is one of the most powerful pieces of acting you will see in recent television. 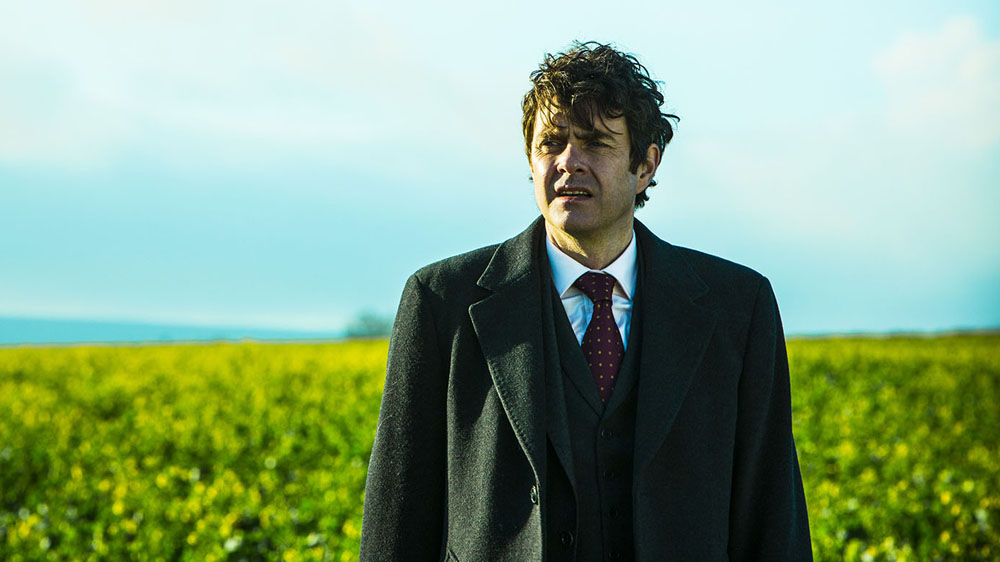 ‘Utopia’ works as a great novel. It is the story of six different characters as they run from one of the most powerful and corrupt organizations in the world called The Network. The organization is after a comic book manuscript which has the formula to create a protein which will be able to sterilize a majority of the human population, thus ensuring that humans survive for a longer period of time. There are some fine performances in this British series: Neill Maskel as Arby, an assassin for The Network, and Adeel Akhtar as Wilson Wilson, one of the five who know about the manuscript’s whereabouts, are absolutely staggering in their roles. The cinematography in this series is some of the best that you will ever see. The series was canceled after two seasons.