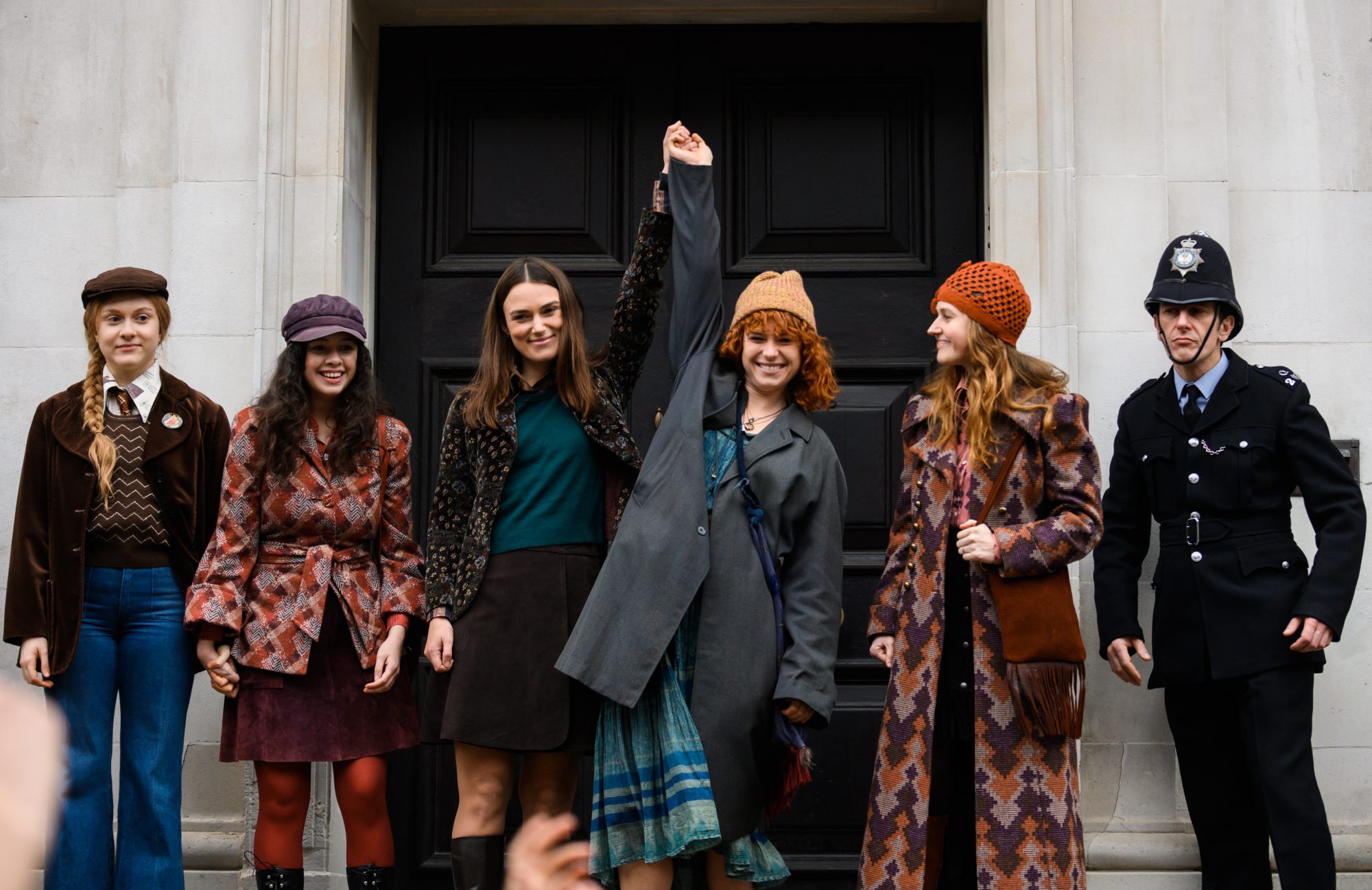 ‘They’re turning oppression into a spectacle, let’s show them a spectacle of our own,” Jessie Buckley’s radical feminist character utters the line while planning a women’s rights protest in ‘Misbehavior.’ The movie chronicles two intersecting stories at a Miss World pageant in 1970 – the story of a fiery protest led by a women’s rights group and the tale of a silent disruption by a contestant. Today, the eligibility requirements of the Miss World pageant have undergone a drastic change to meet and champion 21st-century ideals. But the 1970s pageant transpired in a time and place where Eric Morley, the pageant’s founder, could brazenly advertise for “girls aged between 17 and 25, with good teeth, plenty of hair and perfectly shaped legs,” without a hint of backlash.

In ‘Misbehavior,’ the Miss World pageant of 1970 is at odds with a changing world that shuns 20th-century sensibilities about sexism and racism in favor of progressive-thinking ideals. Apart from Buckley, the movie stars Keira Knightley, Gugu Mbatha-Raw, Keeley Hawes, and Phyllis Logan. The movie’s depiction of sexism and racism in the 1970s – and the resistance against it – still holds relevance in the current context of the 21st century. Its themes were as true then as they are now. But to what extent do the exact events portrayed in the film ring true? Well, let’s find out!

Is Misbehavior Based a True Story?

Yes, ‘Misbehavior’ is based on a true story. Circa 1970, the Miss World pageants were at the height of their popularity, with 100 million viewers tuning in for the pageant’s 1969 edition. The pageant in 1970 would gain popularity and notoriety for a different reason altogether. The Women’s Liberation Movement (WLM) derided the Miss World pageantry as partaking in the objectification of women’s bodies and the commodification of their sexuality. In 1970, the WLM took to protest to exhibit their displeasure with the pageant.

On that fateful night, WLM member Sally Alexander (Keira Knightley) and her fellow protestors planned to disrupt, on live television, the proceedings of the pageant. The call to action came when leader Wilson wielded a football rattle; a hoard of women then stormed the stage armed with flour bombs and assorted fruit. In an interview, Alexander remembered the protest, “It was dark, but we could see the other women leaping up. I had to climb over people who were horrified at what we were doing. I was determined to get onto that stage and disrupt.” The activists were arrested and fined the equivalent of approximately £1,500 today.

Presenter Bob Hope was mid-joke when the protest unfolded. The comedian attempted to make a run for it, but founder Eric Morley’s wife, Julia Morley, compelled him to stay on as host. Eric later admitted, “I invited him back on stage and introduced him as a very brave man. But Julie said to me afterward, ‘Brave man, my foot! I’ve been holding on to the so-and-so to keep him here!'” In true Hollywood fashion, the show would go on. The pageant of 1970 was mired in controversy until the very end.

Concurrent to the feminist resistance, the movie also portrays the other social and civil rights issue of our times – racism. At the 1970 pageant, Miss Grenada, Jennifer Hosten (Gugu Mbatha-Raw), was declared the first African American Miss World, practically 20 years after the event began. The movie depicts Hosten’s struggle for racial equality throughout the pageant and her triumphant victory at the end. But for Hosten, the battle wouldn’t end there. Later, many would argue that the pageant was fixed in favor of Hosten by Sir Eric Gairy, then Prime Minister of Grenada, who served as a judge for the pageant. Eric Morley would go on to refute claims that Hosten did not win on her own merit by releasing the judging panel’s ballot cards for the world to see.