Will There be a Good on Paper 2? 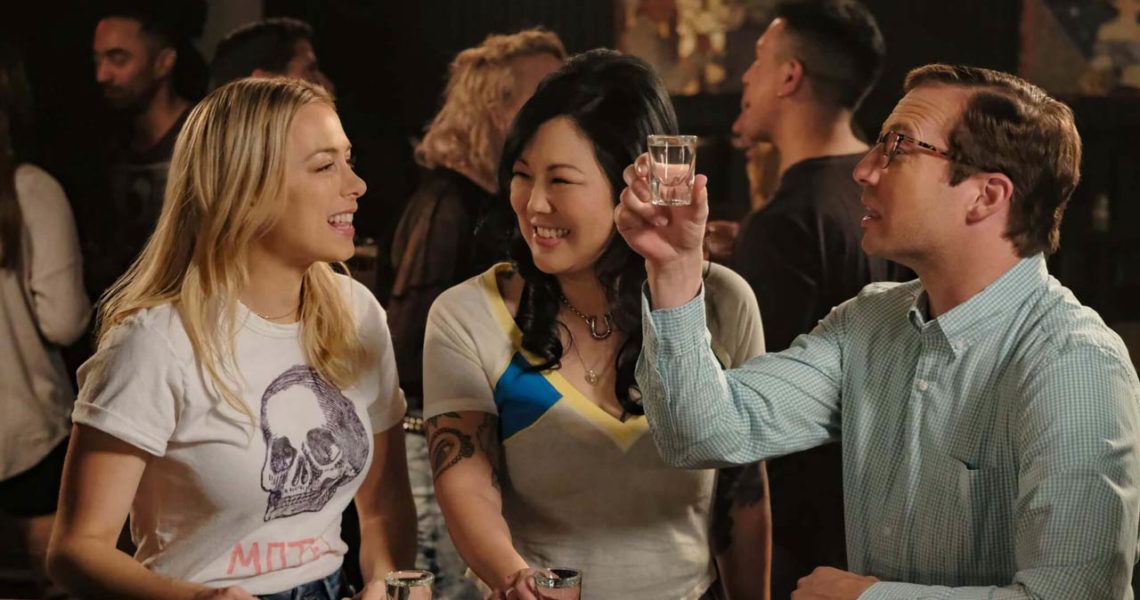 Netflix’s ‘Good on Paper’ finds comedian and writer Iliza Shlesinger stepping into the role of Andrea, a frustrated stand-up comic who finally decides to let love into her heart. The man of her dreams soon turns into a nightmare as she unravels the endless string of lies that he is trying to pass off as his successful life. Hilarity ensues, and the film skips the rom-com genre’s ubiquitous happy ending for something a lot more open-ended and practical. There certainly seems to be an opening left for a sequel. So should we expect one? Here’s what we know.

‘Good on Paper’ premiered on Netflix on June 23, 2021. The film takes inspiration from comedian Iliza Shlesinger’s experiences and gets its laughs from her comedic prowess. As a stand-up comic, she sees her role as someone who shares experiences in a relatable way, and a lot of her comedic material centers on real-life observations and instances. Considering the wide range of material the prolific comedian covers, it is easy to imagine her having more incredulous stories to share.

As is apparent from her long list of comedy writing and acting engagements, including a sketch comedy show, Iliza has a huge bank of material to entertain audiences with. Apart from 5 stand-up comedy specials with Netflix, she has also played one of the leads in the Netflix action-comedy ‘Spenser Confidential.’ Suffice it to say the streaming platform, which also hosts her sketch comedy show (‘The Iliza Shlesinger Sketch Show’), is a fan of her work. It, therefore, seems that, given the ample availability of source material and an amenable platform, there are high chances of seeing ‘Good on Paper 2.’

The fact that the film’s conclusion leaves it open-ended — with the protagonist walking away without having drastically changed anything about herself — makes it possible for her to fall into a similar hijinx again in the future. The film’s plot, one of simple deception, is also easy to replicate with several variations and opportunities for comedy. Assuming ‘Good on Paper 2’ is greenlit and goes into production by the end of the year, we can expect to see it premiere around mid-2022.

The film’s cast is lead by the spikey stand-up comedian Andrea, and Iliza Shlesinger, the real-life stand-up comedian and the film’s writer, essays her. Andrea meets the goofy Dennis (Ryan Hansen) at an airport and eventually falls for him, though her friend Margot (Margaret Cho) remains skeptical. Her suspicions are confirmed when they find Dennis sharing a house with Maggie (Kimia Behpoornia), who Margot eventually falls for.

In the potential sequel, we will presumably see Iliza reprise the lead role as an older but not much wiser Andrea. Her friend Margot is also expected to return, as is Maggie and maybe even Dennis if he dares to face Andrea again. The actors playing the roles of these characters are expected to return. There is a high possibility of new actors joining the cast as well.

Good on Paper 2 Plot: What Can it be About?

‘Good on Paper’ sees Andrea fall into the net of lies constructed by a mysterious and strangely charming man she happens to meet at the airport. A long and hilarious chase to uncover his true identity ensues after the stand-up comic and her friend Margot realize that Dennis might not be the Yale-graduated hedge fund manager he says he is.

The potential sequel could see Dennis coming back and attempting to dupe Andrea again or a similarly complex situation evolving between her and a new character. The sequel could also explore her friend Margot’s newly blossoming relationship with Dennis’ ex-roommate Maggie and possibly find an interesting storyline driven by the as yet unexplored character.