Will There be a The Christmas Chronicles Part 3? 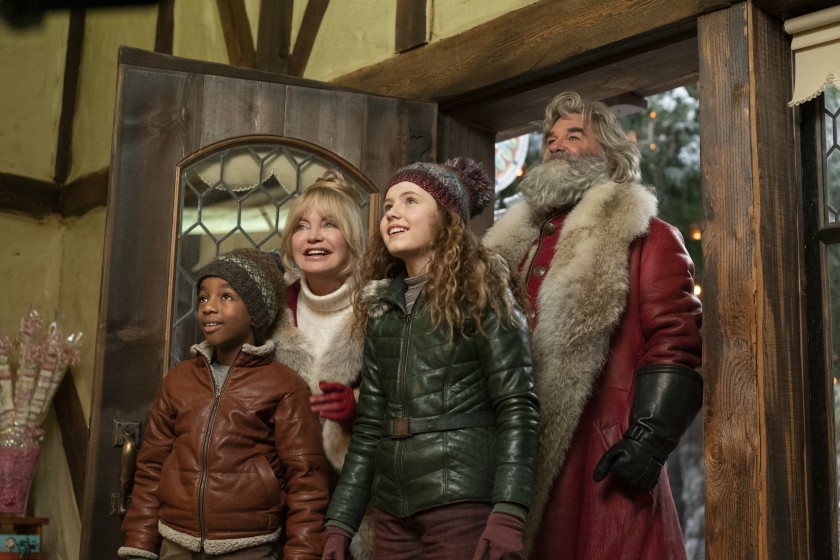 The quintessential spirit of Christmas is neatly wrapped up in ‘The Christmas Chronicles’ franchise. It all starts when Kate and Teddy, who are siblings, meet Santa Claus and go on a gift-delivering mission with him when his sleigh is rendered useless. The story continues in ‘The Christmas Chronicles 2,’ as Kate and Santa team up to stop an elf from ruining the festival forever. What are the chances of a third film being added to the lineup? Let’s find out.

‘The Christmas Chronicles 2’ released on Netflix on November 25, 2020. However, it is notable that a week before it aired on the streaming platform, it played in three cities as well (in Cinemark theaters), marking the first time a Netflix film was released in a chain theatre.

Clearly, the hype around the movie is real. After all, the audience is left with all the feels, thanks to stellar performances and a moving narrative. This is why it wouldn’t surprise us if a third film is added to the franchise. Although there is no news of such a project on the horizon yet, if it were to be greenlit, we can expect ‘The Christmas Chronicles 3’ to release sometime in 2022 or later.

The Christmas Chronicles 3 Cast: Who can be in it?

Kurt Russell appears as Santa Claus, and he is expected to reprise his role in the third film in the franchise. Darby Camp plays Kate, whereas Judah Lewis is Teddy. Given that they are instrumental to the narrative, we highly doubt that they will be absent from ‘The Christmas Chronicles 3.’ Apart from this, Kimberly Williams-Paisley plays the role of their mother, Claire.

Goldie Hawn is Mrs. Claus. Both Hawn and Williams-Paisley are expected to make a comeback. Jazhir Bruno is Jack, Claire’s new boyfriend’s son, and Julian Dennison is seen as Belsnickel, Santa’s former elf protégé who now wants to take over the festival. Although they are significant in the second film, we don’t think we will be seeing them again in the potential sequel.

The Christmas Chronicles 3 Plot: What can it be About?

In ‘The Christmas Chronicles 2,’ we come across a now-cynical Kate. Since she’s unhappy about the fact that her mother is moving on after the death of her father with a new man, the adolescent runs away to the North Pole. But then she learns that the very existence of Christmas is threatened, and she must work with Santa to prevent this disaster from occurring.

If you’ve kept up with the film series, you would have noticed that it is centered around Kate, but at different stages in her life. We think that this trend will bleed into the next movie as well. In ‘The Christmas Chronicles 3,’ it is likely that Kate will be an adult who is taking care of her own family. It would be extremely compelling to watch her go on similar Yuletide adventures with Santa and her children. In fact, it could be their own Christmas tradition.

Read More: Where Was The Christmas Chronicles 2 Filmed?