Woosh Air Shark Tank Update: Where Are They Now? 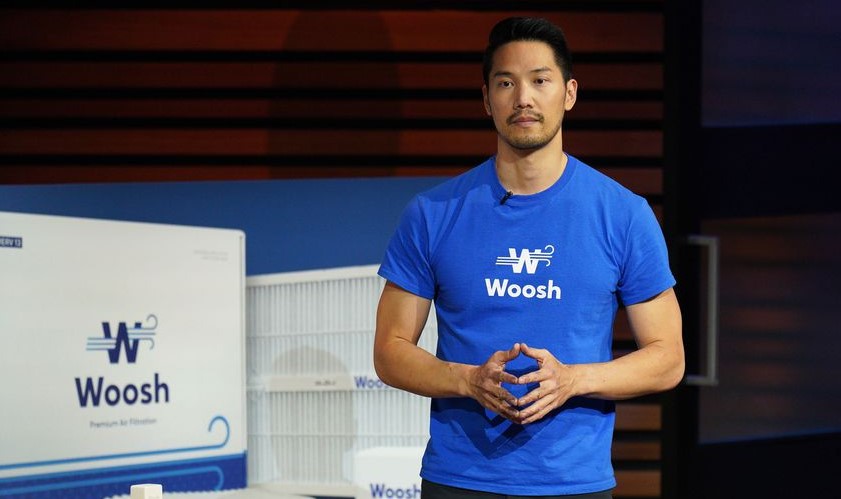 Entrepreneur Winston Mok appeared on ‘Shark Tank‘ season 14 episode 4, hoping to impress the Sharks with his company, Woosh Air which produces smart air filters for modern HVAC units. The smart air filters alert the user once it detects poor air quality. Intending to improve the air quality of our households, the product garnered many eyeballs when it appeared on the show. Naturally, many of you might wish to learn more about the company, along with its current standing in the market. So, let’s dive in, shall we?

Woosh Air: Who Are They and What Do They Do?

Winston Mok, the mastermind behind Woosh Air, completed his Engineering degree in Computer & Mechatronics from the University of Waterloo and started his professional career in 2001 as an Engineering Associate in Blackberry’s manufacturing department. By 2005, he was promoted to the position of Test Integration Manager. Winston went from strength to strength due to his determination and skills; thus, he became the Team Leader of the company’s Software Development & Integration department in 2007.

Winston was always interested in starting his own organization, so he left Blackberry in 2008 and co-founded Simply Good Technologies, through which he offered solutions for the distribution and redemption of online promotions. Likewise, in 2012, he co-founded a company named Techstars before taking on the position of CEO at Level One Analytics in 2013. Eventually, in November 2015, he joined Google as a Senior Product Manager, which is when he hit upon the idea of Woosh Air. Although Woosh Air officially started in March 2020, Winston left Google in February 2021 to focus solely on his company.

While working at Google, Winston was amazed and impressed by how the company maintained air quality in its offices, especially during the 2018 California wildfires. Unfortunately, public offices were closed with the onset of the COVID-19 pandemic, and Google asked its employees to work from home. While working from the comfort of his home, Winston realized that most users couldn’t maintain the same kind of air quality in their houses. Moreover, he knew how troublesome it was to change HVAC air filters as changing too frequently results in wastage while switching gradually drops the air quality.

Determined to solve the issue, Winston put his brain to work and came up with the idea of Woosh Air. Through Woosh Air, Winston introduced smart air filters that can fit most domestic HVAC units. The filter is built on a reusable plastic frame, and the filter media inside is MERV 13 rated, which is the highest grade a household filter can earn. Besides, the Woosh Air smart filter can connect to Google Nest or Ecobee Smart Thermostats in order to monitor the air quality and adjust itself accordingly. Moreover, it even alerts the user if air quality drops by a lot or the filter needs changing.

Where is Woosh Air Today?

Although Winston started Woosh Air in March 2020, he found it quite difficult to come up with a working prototype as the first few units were produced in his garage with a 3D printer. Eventually, he managed to perfect his product, and after finding a manufacturer, Winston launched a Kickstarter campaign, which was a success, reportedly raising around $62,817 by March 2022. As of writing, the early backers are yet to get their hands on the product, while the same is available on their own website on a pre-order basis. However, the product earned enough traction on social media.

Woosh Air has also been featured in prestigious publications like Bloomberg, San Fransisco Business Times, Yahoo!, Businesswire, and others. Customers who want to pre-order the Woosh Air smart air filters can do so from their official website, where the regular filter costs $99. In contrast, the ultimate bundle, which turns your household HVAC into a smart air purifier, demands a price of $149. Witnessing the hype around Woosh Air filters makes us believe that the company is headed for further success, and we wish Winston Mok the best in all his future endeavors.