Where is Xavier Dupont de Ligonnès? Is He Dead or Alive? Was He Found? 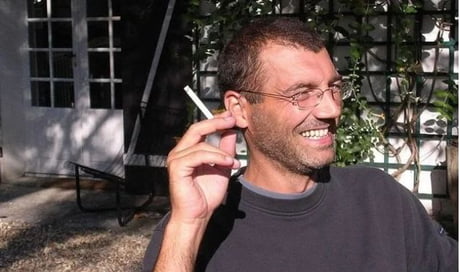 ‘Unsolved Mysteries’ has a way of keeping us in its gripping loop even though we know that we won’t get the answers that we are looking for. By having dramatic reenactments and interviews with the people close to the unsolved yet intriguing cold cases, this Netflix reboot has done justice to the original. One episode in it, titled ‘House of Terror,’ focuses on the Dupont de Ligonnès murders and disappearance, which involves a massacre of five members of the same family in Nantes, France, followed by the disappearance of the prime suspect, the father of the family.

What Is Xavier Dupont de Ligonnès Suspected Of?

On April 21, 2011, the police made a gruesome discovery at an otherwise ordinary, modest house in the western suburbs of the city. Under the house’s patio, wrapped in sheets and covered in quicklime, they found the bodies of 48-year-old Agnès Dupont de Ligonnès and her four children: Arthur, 21, Thomas, 18, Anne, 16, and Benoît, 13, along with the family’s pets, two Labrador dogs.

Autopsies revealed that the family members were all killed by gunshots to the head, fired by a .22 rifle in what was described as a “methodical execution”. The children had been drugged with sleeping pills before being shot. The most baffling aspect, though, is that there were no traces of blood anywhere – not on the sheets and not in the house.

It is estimated that because of financial struggles, Xavier, who had inherited a rifle after his father passed away and had bought a silencer, shot Agnès and three of the kids between the 3rd and 4th of April. Thomas, who was Xavier’s biological son and the true heir of their aristocratic name, was murdered after the evening of April 4, 2011.

Where Is Xavier Dupont de Ligonnès?

After the family was executed, Xavier was seen, alone, on the street of Nates on April 6, 2011. Four days later, he took his car, shut down the house, and left the city for good. Letters were sent to friends and family members claiming that the Dupont de Ligonnès had moved to America under protection so they won’t be seen or heard from for a long time. But, Agnès’s family never believed it, so they kept pestering the police until the bodies were discovered.

While all of this was going on, Xavier seemed like he was on a cross country road trip. He wasn’t in hiding or doing anything that would indicate his guilt, but he was also acting like a man who was on a mission and would eventually take his own life as well. The businessman with limited success was freely using his credit cards and driving his own car. On April 14, he slept at the Hotel Formule 1 in Roquebrune-sur-Argens in Var, after which, on April 15, he abandoned his car and walked towards the cliffs.

From the surveillance cameras, it seemed like he was carrying his rifle along with his clothes and that he was going towards the cliffs to take his own life. On April 29, a search for him was carried out but no trace of him could be found, not even his body. Even caving experts searched the whole area but came up with nothing, it’s as if he disappeared into thin air. On May 10, an international arrest warrant was issued for Xavier Dupont de Ligonnès.

Nobody knows. Nobody knows whether he is dead or alive and nobody knows where he is now. His friends and some investigators suspect that Xavier took the water route behind the cliff and started a new life somewhere else. Latin America seems to be their number one guess because they know that Xavier knew English as well as Spanish, but because he has no distinctive features and has never been caught, everything is just speculation at this point.

In 2019, eight years after the initial crime was committed, Glasgow police arrested a man who they believed to be the French fugitive accused of murdering his whole family at the city’s airport. However, when fingerprint matches and DNA testing came back negative, the man was released from custody. Xavier Dupont de Ligonnès may not have committed the perfect murder, but he does have the perfect disappearance because even now, the police are no closer to catching him. (Featured Image Credit: Netflix / Unsolved Mysteries)

Read More: How Was The Dupont de Ligonnès Family Killed?