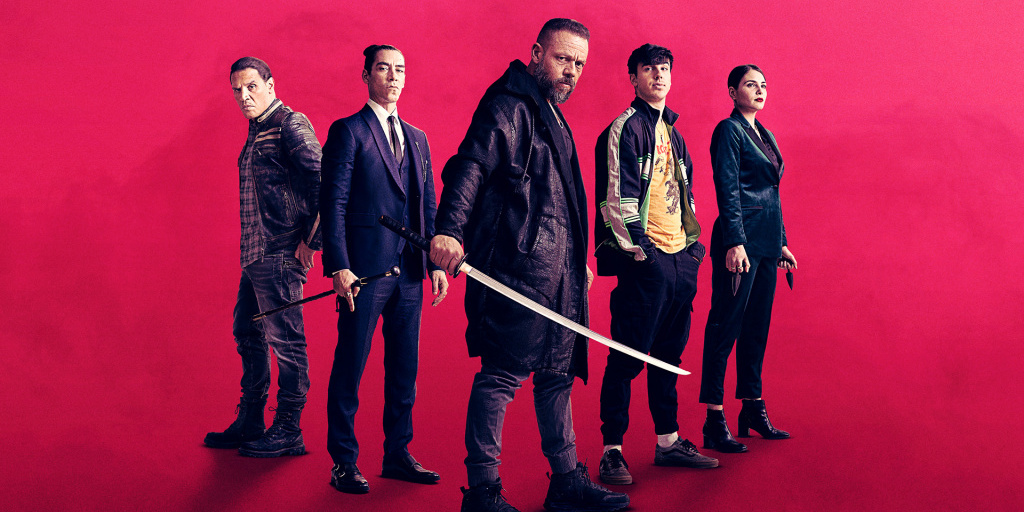 Sometimes you just want to see a bunch of men getting beaten up. Helmed by Daniel Benmayor, ‘Xtreme’ (original title: ‘Xtremo’) is a gruesome and fast-paced Spanish-language action thriller that spills a lot of blood in its wake. The story revolves around a wounded and betrayed hitman who must rise to the occasion and take revenge for the murder of his son. After being declared dead, he rises from the ashes and teams up with his step-sister (although it’s more complicated than that), and a naïve but well-meaning boy whom he saves from a bunch of thugs.

In the end, past scores are settled, and the value of friendship is reinstated. The overarching villain is defeated, and the heroes take away the money as compensation for their losses. Well, that is pretty much the definition of a happy ending, but some strands need to be tied together. If some of the aspects of the final minutes puzzle you, let us take you back to the ending and decode it. SPOILERS AHEAD.

Maximo, a loyal hitman and a high-ranking member of a Barcelona-based gang, is ready to give up his gang life and move on. Max travels with Lucero, the son of the gang leader, to conduct business with some Columbian gangsters. The Spaniards and the Columbians have struck some kind of a deal, and Lucero is trusted with the hand-off of the money. Instead, Lucero goes on a killing rampage. Max, whom Lucero considers to be a “brother,” is not really happy about the spilling of all the blood, but his business with the gang is finished, and he takes his leave.

Lucero’s father, the gang leader, arrives at the scene and mourns over Lucero’s stupidity, but he is killed off as well. As Lucero takes over the gang, Max and his son Ander pack their bags to leave, but they get an unexpected visit from Finito, another hitman from the gang. Max beats up Finito’s seemingly infinite army but falls short of defeating Finito himself. Finito murders Max’s adolescent son and seemingly assails Max. He burns the house before leaving.

Two years following the incident, the film probes into the life of a teenager named Leo. Leo is a budding drug supplier working under Jaro. On a regular delivery errand outside the nightclub called the Charm, Leo is beaten up by the club’s henchmen, but in the nick of time, a hooded vigilante appears and saves Leo. The vigilante is none other than Max, who is still alive. Max finds a shadow of his lost son in Leo, and they form a friendship.

Jaro asks Leo to go back to the Charm, and when Leo denies following orders, Jaro smashes Leo’s hand to smithereens. Informed by Leo’s girlfriend, Max tries to contact Leo. They recon at a church, and Max takes Leo to Maria’s safe house before giving Jaro a visit. After applying some pressure, he gets to know that Jaro is working for a guy named Urquiza, and Urquiza, in turn, is working for Lucero. Following the trail, Max seeks to get his revenge, and in the hair-raising finale, he penetrates the hornet’s nest.

Xtreme Ending: Are Lucero and Finito Dead or Alive?

Some films make you hate the villains so much that all you want to see by the end is them getting decimated. These films usually do not fail to deliver the promise since there is something oddly satisfying in gory tales of revenge. The aftermath of such dramas revolving around the motif of revenge is characterized by a heap of dead bodies and bloodstains on the hero’s face.

The camera zooms in to make you see the blood-laden face of the hero, whose glistening eyes suggest that he has succeeded in his quest – to avenge the betrayer and reinstate his honor. Lucero has been figured in the narrative as an overarching villain, the kind that kills for fun. His right-hand man, Finito, is just as ruthless and remorseless as his boss, as he does not bat an eyelid before killing the son of Max and the family of Leo.

We have known that Seven Rain is used as a front by Lucero for money-laundering purposes. After getting the information from Maria about a large shipment of money coming into the nightclub, Max goes to Seven Rain to give the owner Urquiza a visit. He single-handedly defeats all of Urquiza’s men, takes the money, and leaves the scene. In effect, Lucero faces money constraints, and Russian mafia mogul Dimitri sets up a meeting between Lucero and Maximo.

However, a tormented and enraged Leo visits Finito to kill him but gets a rough beating instead. Before Finito can kill Leo, Maria arrives on the scene and takes Leo to a hospital. Old gang member Chul Moo, now endowed with the knowledge of Max’s whereabouts, goes to finish him while Lucero sends Finito to kidnap Maria.

In the final moments, a gory and bloody fight ensues as Max comes to confront Lucero and his men. In the Conclave, Max obliterates the first wave of goons with a knife. With some difficulty, he takes down the second wave and faces old associate Rafa. Rafa is killed by a grenade, and Max rides the elevator for the final fight. In the Conclave, Max and Lucero engage in swordplay, and Max shows commendable swordsmanship. Just as Max is about to finish Lucero off, he reveals a kidnapped Maria.

When Finito beats Max up, and Lucero pours alcohol over Maria’s head, it seems that the villainy would overpower heroic might. But the heroes come back strong, and with one solid punch, Max finishes Finito. Although, we are not sure if he is dead. But as Max and Maria stab Lucero in the heart and the head, we definitely get an idea of Lucero’s ending. Lucero is dead, and due justice is delivered.

Is the Conclave Dissolved? Who Saved Max?

After the death of Lucero, it seems that the Conclave is diminished. But in an epilogue, more truths are revealed. In a telephonic conversation with Maria, Russian mafia boss Dimitri states that the Conclave is scheduled for the next day. We get the impression that the whole bloodbath that happened earlier in the name of the Conclave was actually set up by Dimitri to teach Lucero a lesson. It is also revealed that it was Dimitri who saved Max at Maria’s request. And as Max has the trust of Dimitri, we can conclude by saying that Max is to be chosen as the next gang leader. If that is the case, the film slyly prepares us for a sequel, and we are looking forward to it!