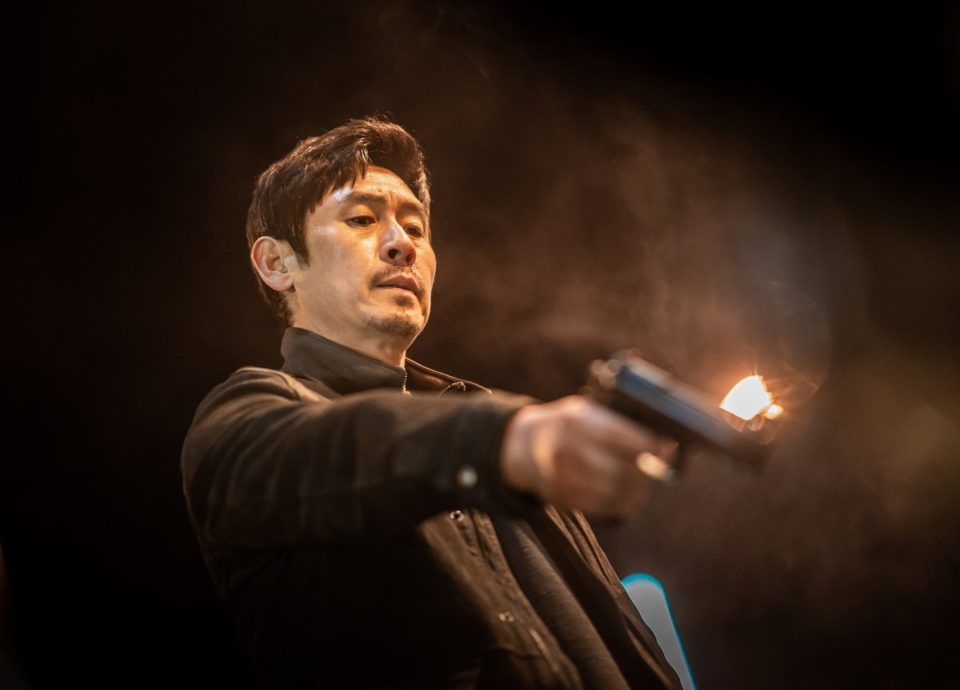 ‘Yaksha: Ruthless Operations’ takes viewers on a roller coaster ride of east-Asian espionage action and intrigue. The South Korean spy thriller on Netflix follows desk-bound prosecutor Ji-Hoon, who is thrown into the deep end when he takes on a mission in the chaotic city of Shenyang. Tasked with reporting on the activities of the renegade agent known as Yaksha (real name Kang-inn), the prosecutor soon finds himself in the middle of a cross-country spy war.

The film has a suitably explosive end that ties up some threads and also has some very satisfying moments. However, the work of a spy is never over, and something definitely seems to be brewing in the film’s closing moments. The scene that plays out during the credits only makes things more intriguing. Fortunately, we’re here to break down the mid-credits scene from ‘Yaksha: Ruthless Operations’ for you! SPOILERS AHEAD.

The film closes with Yaksha and his crew finally toppling the rogue Japanese agent Ozawa and making his secret list of double agents known to the world’s intelligence agencies. The final battle is a brutal one that takes place in a slowly collapsing chemical factory where Ozawa tries to kill Yaksha but is seemingly killed himself. However, for a while, it looks like Yaksha might perish in the building as well.

Ultimately, the South Korean agent survives, and the film ends with him calling Ji-Hoon from London, saying he’s now on another mission. From the conversation, it seems like Yaksha is on the trail of an even more ominous villain and asks Ji-Hoon, who is now reinstated as a government prosecutor in South Korea, for his help in bringing down the target. Happy at the prospect of jumping back into the action, Ji-Hoon agrees.

Thus, the story ends with Yaksha starting on a new mission for which he seems to be getting his crew back together. The mid-credits scene actually feeds into this storyline. Though it might be difficult to tell because they’re in disguises, the four individuals featured in the scene during the credits are actually loyal members of Yaksha’s crew. The first one seems to be a tour guide in China, the second is a window cleaner in a western city, the third is a hacker in Brazil, and the fourth seems to be somewhere in North America.

Each of the characters, upon receiving a message (on devices that look like satellite phones as opposed to regular cell phones), smiles and immediately stops what they’re doing, making it obvious that they plan on meeting up with Yaksha as soon as possible. Thus, the film’s mid-credits scene tells us that another mission is well and truly underway, and Yaksha’s team of loyal secret agents is now assembling after having been scattered all over the world.

It is also worth noting that each of these agents, who were all earlier posted in the Chinese city of Shenyang, are now based in different parts of the world. This could mean that the entire South Korean intelligence team in Shenyang has now been changed (after the ousting of the rogue NIS director Yeom Jeong-won). However, as seen in the mid-credits scene, Yaksha’s agents are still loyal to him and continue to work under his command.