Are Yamir and Chelsea From 90 Day Fiance Still Together? 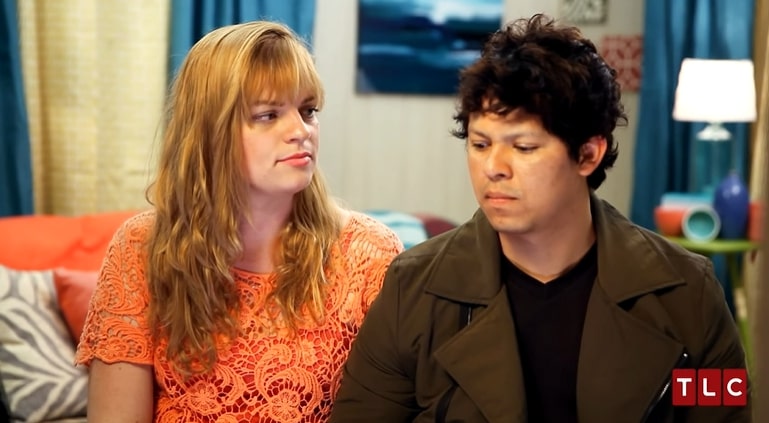 ‘90 Day Fiance’ has introduced many global couples to the world. TLC’s popular series documents the journey of these couples till marriage and airs their sneakiest secrets. By the time the season ends, viewers have a fair idea of which couples have the strength to survive. But, relationships are dynamic, and some famous couples have spun quite a few surprises on us by splitting up out of the blue! One such couple, Yamir and Chelsea, featured on season 2 of the show. Their innocent love story’s twists and turns always kept the fans guessing.

A 25-year-old Chelsea from Illinois, first met the 28-year-old Yamir, when she came across him in his home country. Chelsea had been volunteering in Nicaragua and Yamir was in a boy band there. They spent some time together and ended up falling in love. Soon, they got engaged.

Their dating period was sweet, fun, and light-hearted. But, problems started to surface when they began to discuss marriage. Yamir knew that if he married Chelsea, he would have to sacrifice his life and career at home. That meant breaking up of his pop boy band. He felt guilty about leaving the other members behind but decided to apply for his K-1 visa anyway. Soon, he came to the US and moved in with Chelsea in her parents’ home. Surprisingly, Chelsea’s family was very supportive of their relationship. They didn’t mind that neither of them was employed and supported them financially. Yamir and Chelsea got married within a few days.

While staying there and working on his music, Yamir sent some demo tapes to a few music producers in Chicago. He was shocked when he received a positive response from some of them. The couple was excited about this wonderful opportunity. But, their happiness was short-lived. Soon, the couple hit a rough patch and got into arguments about their future. The music producers wanted Yamir to move to Chicago, but Chelsea believed that they wouldn’t be able to afford it.

Are Yamir and Chelsea Still Together?

Unfortunately, no. The couple got divorced in December 2017. Yamir had shuffled between Chicago and Illinois. He had made his music debut in the US, and Chelsea had become an elementary teacher, but financial woes still troubled them. Yamir and Chelsea had tried to make long-distance work, but they failed.

Fans were totally taken aback. No one had seen it coming. When the couple was approached for a comment, they told the media that they don’t want to discuss their personal life with them. People believed that they were completely in love with one another. Everyone felt that there was something fishy about the whole situation. The couple assured their followers that they had parted on good terms.

A little clarity came into view when Chelsea revealed that she had realized that she is bisexual. This news came out a few months after the split. Chelsea had apparently shared this information online and also told her followers that she had found love in another partner, Erin. Chelsea moved to Colorado with Erin and posted pictures of their adventures.

But, it seems like their relationship came to an end too. Chelsea has seemed to move on to another man for now. Her Instagram pictures show her posing with a man named Daniel. According to Daniel’s Instagram posts, it seems like he is a military man.

On the other hand, Yamir is still in Chicago and working on his music career. He keeps updating his Instagram account with his latest music videos. He has earned quite a bit of popularity and the number of followers increase every month.

In 2017, he had posted a sweet tribute to Chelsea on what would have been their wedding anniversary. He had written in the caption that he did not regret marrying her and still cherishes all the memories they made together.

Read More: Are Caesar and Maria from ’90 Day Fiance’ Together?