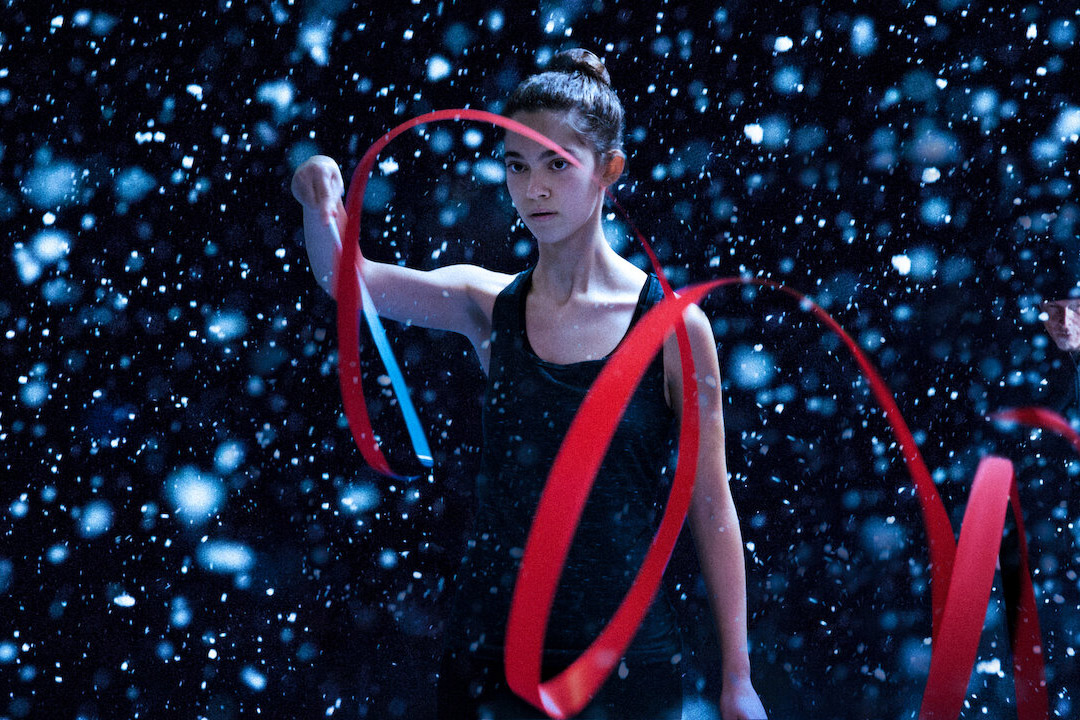 ‘Yara’ is an Italian crime drama that follows a young girl’s tragic disappearance and murder and the subsequent investigation that becomes a national obsession. Spearheading the investigation is Letizia Ruggeri, who forges ahead despite intense public and political scrutiny. The case is a remarkable one, and a lack of clues drives the authorities to take measures never taken before. The film’s somber tone underscores the weight of the events, and the climax is similarly melancholy where there really are no winners. Let’s take another look at the ending of ‘Yara’ and make sure we’ve picked up on all its tragic nuances. SPOILERS AHEAD.

The film opens with the introduction of 13-year-old Yara Gambirasio, an enthusiastic 8th grader and rhythmic gymnast. On her way back from the local sports center, which we later find out is a mere 700 meters from her home, she is accosted by a man in a white pickup truck. When Yara doesn’t come home, her worried parents inform the local police. They also frantically search the sports center and the path Yara would have taken on her way home but to no avail. Soon enough, a massive search is organized, with hundreds of volunteers joining in to help.

The officer in charge of the investigation, Letizia Ruggeri, avoids meeting the missing girl’s family until she has some concrete information for them. Approximately three months after she goes missing, Yara’s body is found in a field a few miles away from the sports center. It is severely decomposed, and the autopsy reveals several blunt-force and stab injuries. However, her cause of death is considered to be hypothermia because of being left in the field by her attacker.

Letizia once again delves into the investigation with renewed vigor and, using the DNA found on the victim’s clothing, attempts to track down the killer. Her reputation is already bruised because of a previous erroneous arrest. The officer gets further pushback when she suggests building a database of DNA samples from everyone that Yara could have contacted. After thousands of samples are collected and analyzed, a partial match is found, which belongs to a man named Giuseppe Guerinoni, who died fifteen years previously.

Yara Ending: Who Killed Yara? Who is “Unknown 1”?

Upon further analysis, the man turns out to be the father of whoever’s DNA sample was initially found on Yara. Unfortunately, the trail again goes cold, and Letizia cannot track down Guerinoni’s son, who was seemingly born out of wedlock. Months go by, and a few weeks before the case is supposed to be archived, a breakthrough on DNA markers helps the investigators track down Massimo Giuseppe Bossetti, who turns out to be a 100% match.

Despite his constant pleas of innocence, Bossetti is arrested and tried in court, where he is eventually found guilty. The trial lasts a year, at the end of which he is sentenced to life imprisonment. Yara’s parents look at Letizia with relief, and the film then closes with captions describing how Bossetti has unsuccessfully appealed the verdict on multiple occasions.

Therefore, the film ends with all fingers pointing at Bossetti as the one who attacked Yara, leading to her death. Considering his vehicle is almost identical to the one we see approaching Yara, and that his wife suggests (in private) that he doesn’t have an alibi for that fateful night, it seems multiple signs point to the man’s guilt. However, the most overwhelming evidence against him is that which connects him to the DNA sample found on Yara’s clothes.

During the initial DNA tests of the unidentified fluid that’s discovered on the clothes, the researcher says that the suspect has a 94% chance of having blue eyes and is a caucasian male. Since there is no system of genetic records, the authorities do not have any way to compare the DNA evidence to potential suspects. Therefore, the as-yet-unspecified person who holds the same DNA as the one found on Yara’s clothes is codenamed “Unknown 1.”

Since the term becomes synonymous with the criminal responsible for the young girl’s death, when it is found that Bossetti is “Unknown 1,” it is essentially confirmed that he is the killer. However, the accused (and his lawyer) repeatedly claim that the DNA evidence is unreliable and that the crime was committed by someone else.

Is Massimo Giuseppe Bossetti Innocent? How Was DNA Used to Convict Him?

Bossetti and his lawyer’s repeated claims of innocence, including multiple appeals to higher courts (which are subsequently turned down), seem to hint that perhaps he is innocent. He also claims that the DNA evidence used against him is unreliable. However, there are just too many clues that seem to point towards Bossetti. Apart from the ones mentioned above, there are also iron fillings discovered in Yara’s lungs, which match the kind found at the worksite where the accused works. Thus, even though the film never properly shows Bossetti committing the crime, it is highly unlikely that he is innocent.

A large portion of the film delves into how DNA is used to track down Yara’s assaulter. In a first-of-its-kind operation, the police force launches a massive DNA sample collection drive in the areas around Yara’s home. Thousands of civilians volunteer their samples until a partial match leads them to Giuseppe Guerinoni, who died many years previously. It is then discovered that the suspect is Guerinoni’s illegitimate son. However, the trail then goes cold until a rare DNA marker is discovered in the “Unknown 1” DNA sample, which leads them to Bossetti’s mother, and subsequently, Bossetti himself.

How Long Did the Investigation of Yara Gambirasio’s Disappearance Last?

The film maintains a somber and almost detached tone, which effectively underscores the harrowing events depicted. Possibly one of the most frustrating and heart-wrenching aspects of the case are the long gaps between breakthroughs, where the case begins to seem hopeless and public pressure and skepticism mounts. In the film, Yara is attacked in November 2010, and it takes three months to find her body.

The DNA search for “Uknown 1” then takes over a year, and the subsequent trial also lasts for about a year. Bossetti is finally convicted and sentenced to life imprisonment in July 2015, making the harrowing investigation’s timeline about four years and seven months long.

Read More: Is Netflix’s Yara Based on a True Story?