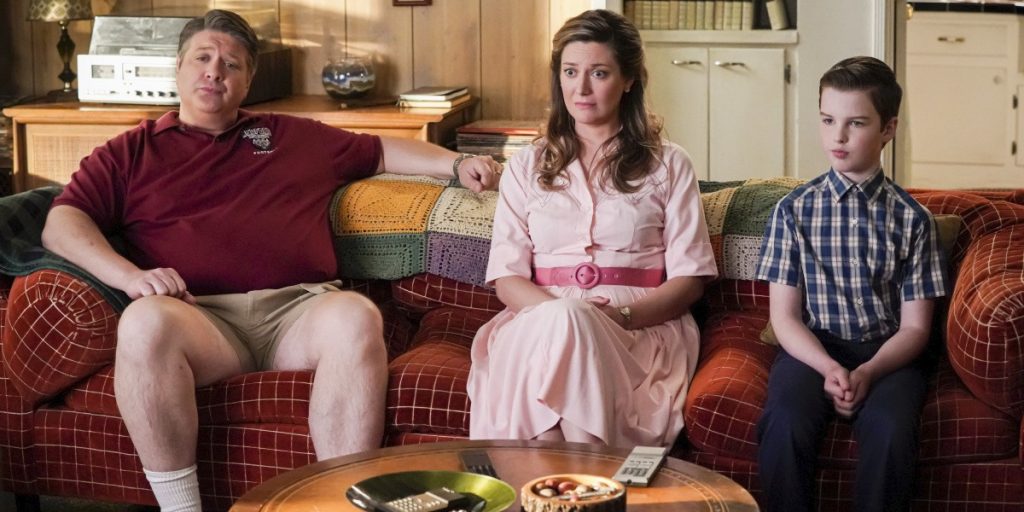 In the 4th episode of ‘Young Sheldon’ Season 4 that dropped this week, which is titled ‘Bible Camp and a Chariot of Love’, Paige makes a comeback, once again, to haunt Sheldon! But Sheldon’s problems increase manifold when his mom sends them both to Vacation Bible School. Of course, with Sheldon and Paige together, things get competitive pretty soon. On the other hand, George gets furious when Georgie makes a weird purchase. More on that later in our recap. Now, you might be curious to find out what happens in the next episode. So, let’s get started!

The upcoming episode is called ‘A Musty Crypt and a Stick to Pee On’ and here is its official synopsis as outlined by CBS: “Dale and Meemaw work out relationship issues while playing Dungeons and Dragons with Sheldon and Missy; Mary and George take a trip with coach Wilkins and his wife; Georgie’s girlfriend thinks she’s pregnant.”

In ‘Bible Camp and a Chariot of Love’, Sheldon and Missy are sent to the Bible Camp by their mom Mary. Here, they meet Paige, and she soon gets into loggerheads with Sheldon over a Bible quiz trivia. Paige has been sent to the camp as punishment when she was found smoking cigarettes. As we already know, she has been rebelling against her parents’ divorce for quite some time now. During the quiz, both Paige and Sheldon realize that they can name the 12 apostles in the way that they appear in the Book of Mathew. Of course, this soon culminates in a war of who knows better!

Georgie, on the other hand, was supposed to buy a car but he gets a van instead — much to George’s disapproval. Georgie claims that the van has great space and low mileage. But George thinks that it looks like a motel on wheels. When he does not agree to return the van, he is forced to sleep in it. Later, he is left screaming when there is a mouse in the van. Eventually, Georgie does sell the vehicle. Why? When his girlfriend’s dad asks him if he will take out his daughter in that thing!