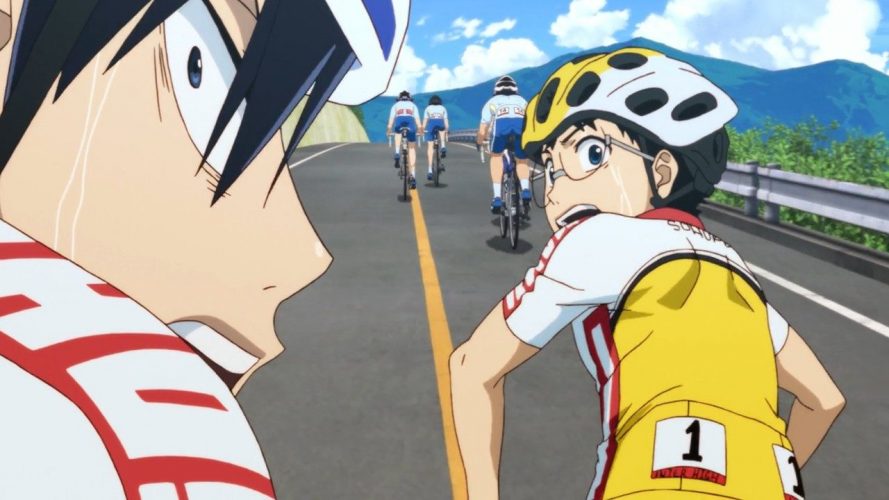 Yowamushi Pedal (also known as Yowamushi Pedaru in Japanese) is a sports anime television series which is based on a manga series of the same name. Written and illustrated by Wataru Watanabe, the manga series began serialization in Weekly Shōnen Champion on February 21, 2008, and in spite of having crossed 60 volumes, new chapters are being published even to this day.

Yowamushi Pedal Season 5 Release Date: When will it premiere?

Yowamushi Pedal season 4, consisting of 25 episodes, premiered on January 9, 2018 and ran till June 26 of the same year. Although fans have been clamouring for a fifth season since then, Season 5 has not been greenlit yet.

That being said, there’s no reason to get worried if you’re looking forward to a new season of the show. Anime shows sometimes take years to renew and hence there’s plenty of time left for TMS Entertainment to announce a renewal. Further, there are other factors which are in favour of a fifth season being made. Firstly, new chapters of the long-running manga series are still being published and hence there’s no dearth of source material for a fifth season. Secondly, it’s pretty rare for an anime television series to make it into a fourth season, and the fact that Yowamushi Pedal has made it so far seems to indicate that a fifth season could be on the cards.

Thirdly, Yowamushi Pedal is one of the most successful sports anime television series ever made, and hence, a fifth season is all the more likely. Considering all these aspects, we think that there’s a solid chance of Yowamushi Pedal being renewed for a fifth season. However, the anime industry is an unpredictable one and it’s impossible to say for certain what fate awaits Yowamushi Pedal till TMS Entertainment makes an official announcement on the future of the show. We’re keeping our ears open for news on Yowamushi Pedal season 5 release date and we’ll update this section as soon as we hear something reliable.

In spite of the massive popularity Yowamushi Pedal enjoys, none of its seasons have received an English dub yet. However, this does not rule out the possibility of an English dub being made in the future, and it could be very likely if the show continues to grow in popularity among Western audiences. For now, however, you can only watch the show in Japanese. You can find the original Japanese version with English subtitles on Crunchyroll and Anime Planet.

Yowamushi Pedal is a sports anime television series which revolves around the sport of cycling. The show follows a Sakamichi Onoda right after he enters high school. Being an otaku, Sakamichi had no friends in middle school, and he joins high school with the hopes of making new friends in the school’s anime club. However, Sakamichi’s dreams come crashing down when the anime club is disbanded due to the lack of membership.

With his dreams destroyed, Sakamichi takes to sulking, but this all changes when serious cyclists see Sakamichi riding his bicycle. Having ridden his city bike from a young age, Sakamichi is skilled cyclist, but never thought of taking up the sport seriously. However, as Sakamichi continues to catch the attention of cyclists in school, he is finally convinced by members of the school’s cycling club to take up cycling seriously. From here on out, the show follows Sakamichi and career as a budding cyclist in high school.

While Yowamushi Pedal has a pretty long list of characters, there are only four main characters in the show. Below, we’ve provided you with brief backgrounds on each of them.

Sakamichi Onada: The main protagonist of the show, Sakamichi is an otaku who ends up joining the Sohoku High Bicycle Club and finds his life transformed. From a shy otaku who had trouble expressing himself, Sakamichi’s confidence receives a massive boost when he joins the cycling club and before he knows it, he becomes the captain of the team and leads them to glory. As far as Sakamichi’s cycling prowess is concerned, he is shown to have tremendous stamina, even when riding uphill.

Shunsuke Imazumi: Another main character in the show and a member of the Sohoku High Bicycle Club, Shunsuke dreams of becoming the fastest cyclist in the world. As far as his personality is concerned, he is a logical thinker and rather dry most of the time. However, he can become frenzied and passionate in certain situations.

Shoukichi Naruko: Also a main character in the show, Shoukichi is also a member of the Sohoku High Bicycle Club and is a highly competitive cyclist. He is shown to be an extremely sharp lad and cares a lot about Sakamichi.

Shingo Kinjou: The final main character in the show, Shingo was the captain of the Sohoku High Bicycle Club till he stepped down for Sakamichi. An all-rounder cyclist with an iron will, Shingo always has the team’s best interests at heart, in spite of his icy personality.