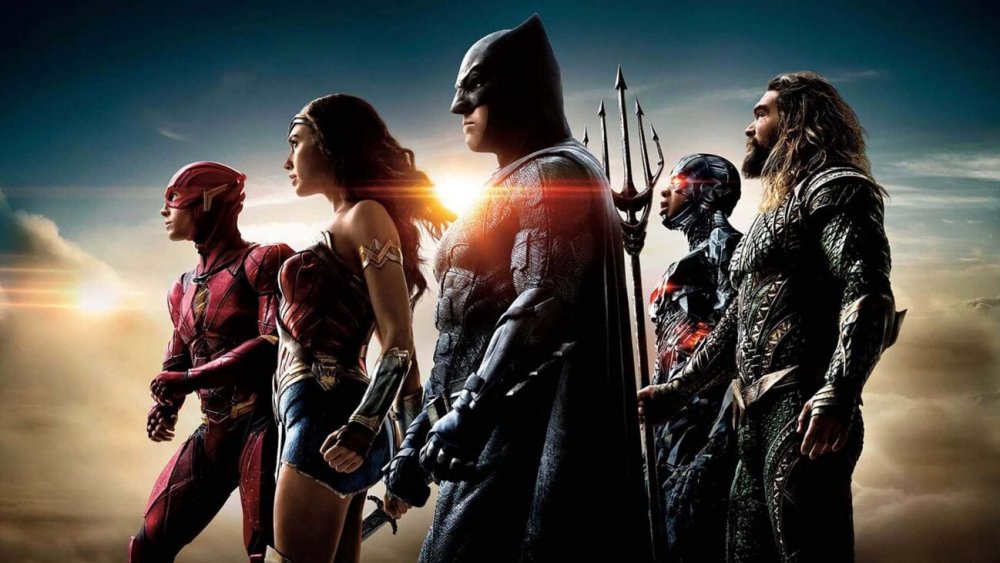 ‘Zack Snyder’s Justice League’ is much more than a visual spectacle or even a bombastic work of art. It’s a letter of gratitude to the millions of fans, whose relentless campaigning brought it to reality, from a filmmaker who has a Brobdingnagian and inimitable idea of what a superhero film should be, despite the oversaturation of the genre as a whole.

Following the unfortunate death of their daughter, Autumn, by suicide in March 2017, Snyder and his wife Deborah left the production of the original ‘Justice League.’ Joss Whedon of the first two ‘Avengers’ films, who was already roped in to rewrite the script, was given the directional duties. The result predictably was a hodgepodge of contradictory themes and narrative techniques. In contrast, the Snyder Cut is almost exclusively made up of the filmmaker’s original vision. If you have finished watching the film, you might have some questions about the ending. Here is what you need to know. SPOILERS AHEAD

The film unfolds like a book with six proper chapters, an unofficial prologue, and an epilogue. In the battle against Doomsday, Superman’s death triggers the ancient and alien artifacts known as Mother Boxes into activity. It is revealed that thousands of years ago, an evil entity known as Darkseid invaded the Earth, intending to conquer the planet using the three Mother Boxes. A grand alliance of humans, Amazons, Atlanteans, Old Gods, and a Green Lantern defeated Darkseid, compelling his forces to retreat. The Mother Boxes were subsequently taken by humans, Atlanteans, and Amazons and hidden in secure locations.

In the present day, troubled by his vision and what he heard from Lex Luthor (Jesse Eisenberg), Bruce Wayne/Batman (Ben Affleck) begins to create an alliance of metahumans, knowing that an attack is coming. His fears are proven true when Steppenwolf (Ciarán Hinds), a disgraced member of Darkseid’s inner circle, arrives on Earth, tracking the newly reactivated Mother Boxes. One by one, he acquires the devices while simultaneously building a base of operations in Russia. 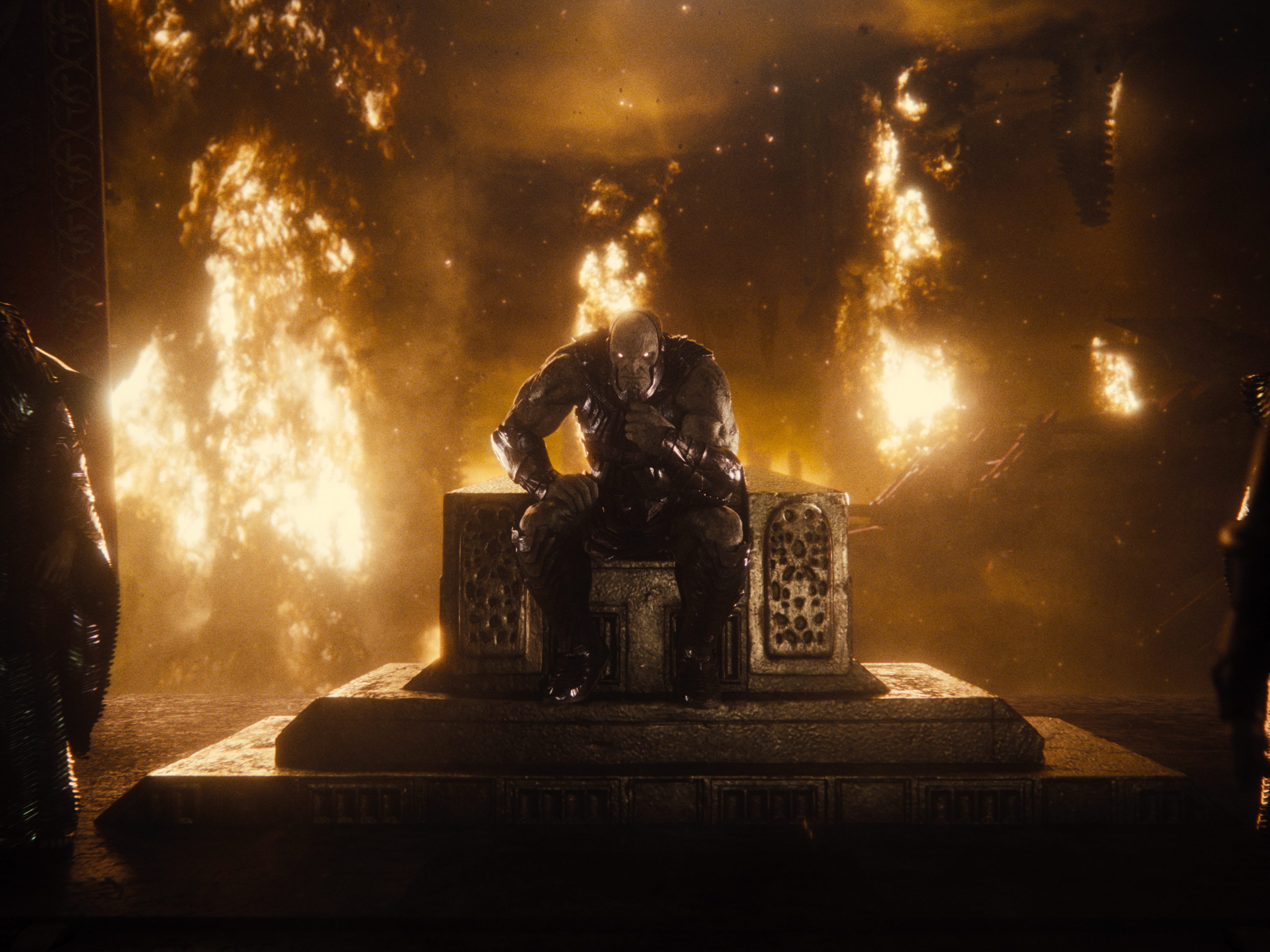 Bruce manages to build a team of extraordinary individuals, comprised of Diana Prince/Wonder Woman (Gal Gadot), Arthur Curry/Aquaman (Jason Momoa), Barry Allen/The Flash (Ezra Miller), and Victor Stone/Cyborg (Ray Fisher). But when their combined might is proven to be not enough to defeat one of Darkseid’s elites, Bruce and the others realize that they need Clark Kent/Superman (Henry Cavill). Having figured out that the Mother Boxes are not simply weapons of destruction but are actually tools of change, they use one to revive Clark, desperately hoping that their plan will work and Clark will help them defeat this recent wave of invaders.

Bruce correctly surmises that the Mother Boxes were waiting until Clark’s death to send out the signal. They knew that the last son of Krypton would prove to be a destructive hindrance to their master’s plan. The heroes decide to use one of the most powerful weapons of the enemy to bring back the only person who can defeat them. However, the Clark that returns is not the old Clark, who was always brimming with farmboy charm.

He doesn’t have much memory of his former self and acts instinctively when Victor’s android defense mechanism attacks him. Clark easily defeats the other heroes and emanates a certain violent and destructive aura unprecedented in him. Eventually, it is Lois’s (whose memory must have been etched into Clarks’ unconsciousness) arrival that calms him down. 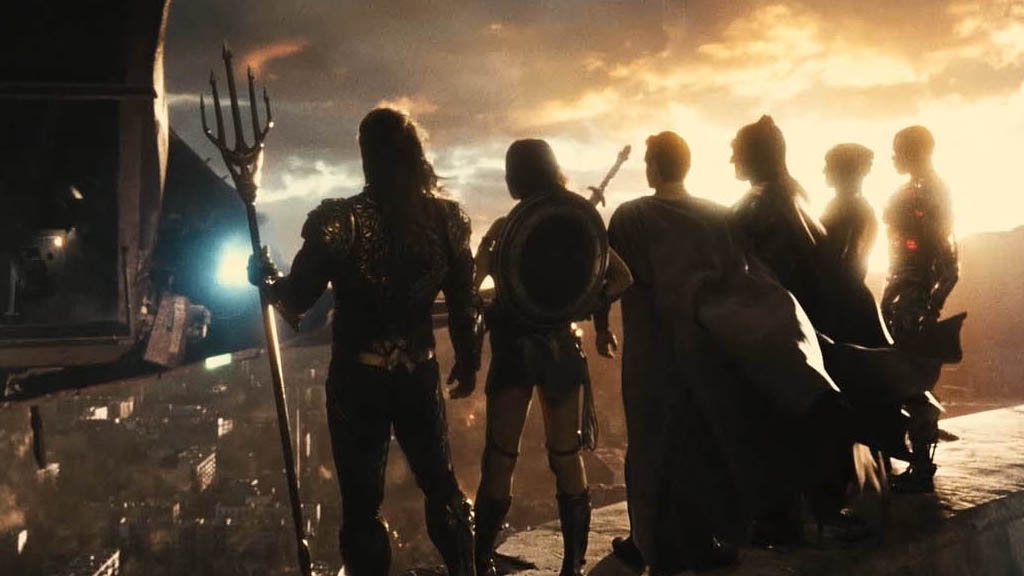 To paraphrase Prussian military commander Helmuth von Moltke, no strategy survives the first contact with the enemy. And that is exactly what happens when the heroes attack Steppenwolf. The melding of the three Mother Boxes creates the Unity. According to the initial plan, Bruce will ensure that the barrier is down, and Arthur and Diana will keep Steppenwolf busy. Meanwhile, Victor will gain access to the Mother Boxes by utilizing Barry’s Speed Force.

But Barry gets injured, and even though Clark arrives to aid the rest of the heroes, having fully regained his memories, there is not enough time. It is then that Barry runs faster than the speed of light. Recalling his father’s words about the future, he turns back time and gives Clark and Victor enough moments to separate the Mother Boxes. Arthur and Diana then kill Steppenwolf and send his decapitated head back to Darkseid’s world in an ominous and succinct message: “Attack Earth at your own peril.”

What is the Anti-Life Equation?

In DC Comics, the Anti-Life equation is a cosmic mathematical formula that gives its users the ability to control all sentient races’ minds. It also gives the power to control reality to those who know it. Darkseid is the ultimate conqueror. He invades a world and uses the Unity to transform it into a replica of his own world, known in the comics as the Apokolips. He then turns all the native inhabitants into Parademons. If a being such as Darkseid learns the equation, it will be catastrophic for the entire DC multiverse. In ‘Zack Snyder’s Justice League,’ Steppenwolf discovers that the equation has been carved on the surface of Earth, the very planet that defied Darkseid and was able to foil his plans. 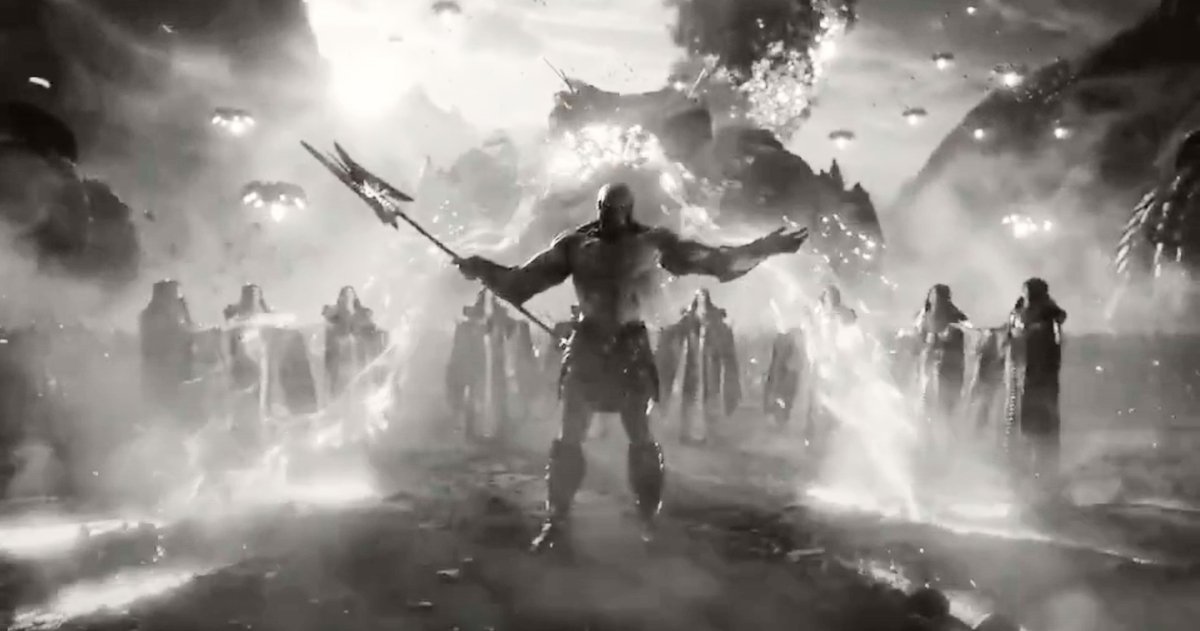 The information about the Anti-Life equation finally gains Steppenwolf an audience with his master, who has been looking for the equation all across existence. Snyder has used the film’s four-hour runtime to give full-fledged backstories to all his main characters, including the film’s primary antagonist. It is hinted that Steppenwolf became involved in a coup in Apokolips. And although he later killed everyone who sought to overthrow his master, it wasn’t enough to garner his redemption.

Is Another Attack Coming? What Might Happen If It Is?

Yes, A second attack is imminent. Darkseid has discovered that Earth has powerful protectors capable of defeating a member of his elite servants. As a result, he orders his chief counselor, DeSaad, to prepare the armada to launch a full-scale attack on Earth. There is another elite servant who is present during the conversation but doesn’t say anything. Her name is Granny Goodness. In the comics, she is the leader of the Female Furies, Darkseid’s personal guard. The film enunciates her importance in the DCEU by making her the other commander alongside DeSaad to accompany Darkseid as he prepares to walk through the portal. She will play an important role in the upcoming war. 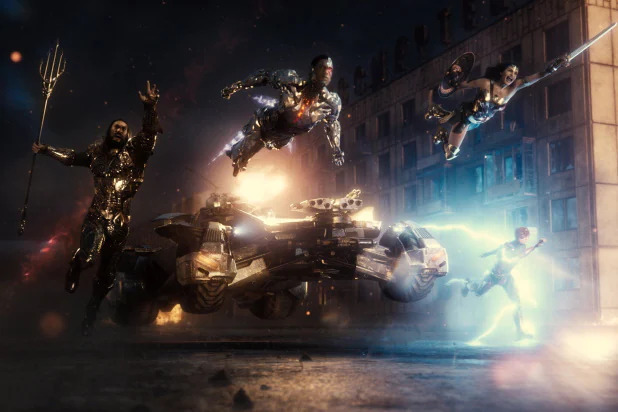 In the epilogue, Bruce, Alfred (Jeremy Irons), and Diana find a hundred-year-old building to set up the headquarters for the heroes. This will likely become the Hall of Justice. All the other heroes resume their respective activities. Ryan Choi, the future superhero Atom, becomes the head of Star Labs. Martian Manhunter, who currently lives on Earth as Calvin Swanwick (Harry Lennix), visits Bruce and informs him about Anti-Life. When the attack from Darkseid and his forces inevitably comes, Earth’s protectors will be ready.

What Is the Significance of Batman/Bruce Wayne’s Dream?

The dream that Bruce has towards the end of the film is a continuation of his visions from ‘Batman v Superman: Dawn of Justice’ and the vision that Victor has while touching the Mother Box inside the Kryptonian ship. In that apocalyptic future, Earth has become desolated following Darkseid’s attack. Batman leads a group of resistance fighters through a bleak landscape. Other members of this ragtag bunch include Slade Wilson/Deathstroke (Joe Manganiello), the Joker (Jared Leto), Mera (Amber Heard), Victor, and Barry. 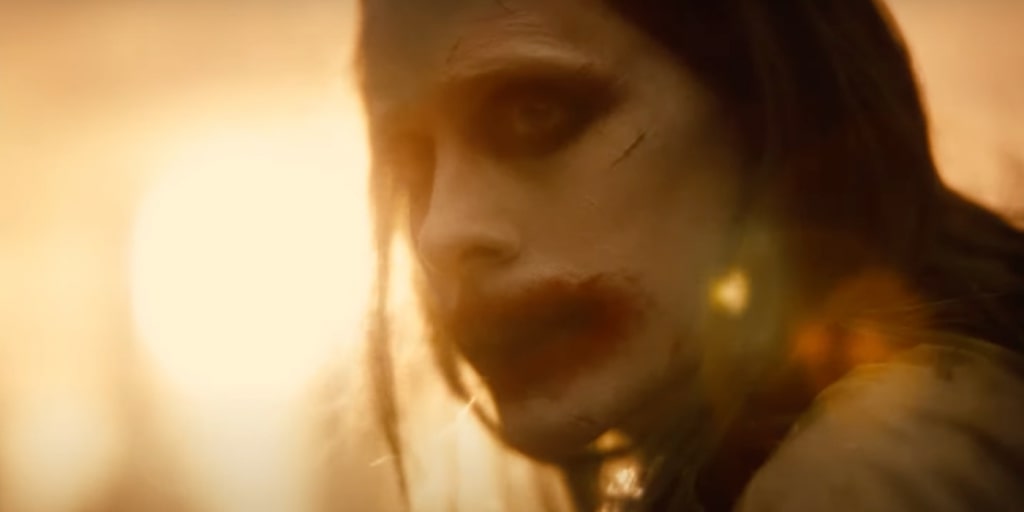 The fact that the heroes have been forced to work with someone like the Joker implies that their ranks have drastically reduced. Wilson’s presence also comes as a surprise, even though his survival doesn’t. We know that Diana and Arthur are already dead because of what Victor sees earlier in the film. In a conversation between Batman and the Joker, Bruce’s parents and Jason Todd’s deaths are referenced. In the comics, Todd is one of the Robins who fight crime as Batman’s assistant. The Joker eventually kills him. (But the comic book continuity is fluid). Later, Jason comes back as the vigilante Red Hood.

As the events following Clark’s revival prove, Lois is the key to Earth’s survival. This is why the older Flash tells Bruce to protect her in ‘Dawn of Justice.’ The Joker indicates that Lois’s death has pushed Superman over the edge, making him to susceptible to Anti-Life Equation’s effects. According to Snyder, the dark suit that Clark puts on after his revival in the film represents a transition and a form of adherence to his old world’s culture. It likely serves as a metaphor for Clark gradually losing his humanity. Lois is the only person who can pacify him. If she dies a violent death (like in the ‘Injustice’ video games), that dystopic future that Bruce dreams of will be unavoidable.

After escaping from the Arkham Asylum, likely with the Joker’s help, Luthor meets Wilson and tells him who Batman really is under the mask. Initially, this was meant to set up the solo Batman film that Affleck was supposed to direct. But since then, Matt Reeves has replaced Affleck as the director, and Robert Pattinson has replaced him to portray the titular character.

And Reeves’s film is going to be an origin story, allegedly with no link to the DCEU. Luthor and Wilson’s meeting was also meant to serve as the foundation story for the Injustice League. If the Snyder Cut’s success convinces the studio executives to get Snyder back to lead the franchise once more, these plotlines might get explored.