Peacock’s ‘Casey Anthony: Where The Truth Lies’ chronicles how Casey Anthony took over a month to report her daughter Caylee missing after she disappeared from her Orlando, Florida, home in June 2008. Although, when she informed the police about the incident, the single mother claimed her 2-year-old was with “Zanny the nanny” when she disappeared. This person later turned out to be Zenaida Gonzalez, who was introduced into the case as the child’s babysitter. However, was she associated with the case at all? And where is Zenaida currently? Well, let’s jump in and find out, shall we?

Who Is Zenaida Gonzalez?

Unfortunately, nothing was known about “Zanny the nanny,” AKA Zenaida Gonzalez, before Caylee Anthony’s disappearance except that she resided in an apartment close to Casey’s home. While the toddler went missing in June 2008, her mother did not report the incident to the police immediately. Instead, she claimed that she used other sources to search for her child. Reports claim that Casey’s mother, Cindy Anthony, eventually learned of the shocking occurrence and called 911 in July 2008 to report the 2-year-old missing.

Although there was a gap of about 31 days between Caylee’s disappearance and the missing person report, authorities did their best to search for the child. Yet, when they asked Casey where the two-year-old was at the time of her disappearance, the mother claimed that Caylee had spent the day with her nanny and was still with her when she went missing. She even identified the babysitter as “Zanny the nanny,” and the media proclaimed her real name as Zenaida Fernandez-Gonzalez.

Surprisingly, Zenaida proved quite elusive, and after investigating the incident, the police determined that “Zanny the nanny” was a made-up figure who did not exist. Despite Casey initially denying this allegation, she eventually confessed, and her lawyers confirmed that “Zanny” was fabricated during the start of her murder trial. But what started as an ordinary lie became a nightmare for the real Zenaida Fernandez-Gonzalez, as people believed she was responsible for Caylee’s disappearance and death.

Zenaida later confirmed that she and Casey had visited a Florida apartment the same day, and authorities determined that the details Casey provided matched the ones Zenaida had put on the information card. On the other hand, there was a rumor that the moniker “Zanny the nanny” indicated the use of Xanax, but Casey insisted that she had never drugged her child.

Where Is Zenaida Gonzalez Now?

Since the media publicized the moniker “Zanny the nanny,” the real Zenaida Gonzalez became a victim of public anger. People around her believed that she had harmed Caylee, and she mentioned that she had lost several friends and received death threats. Hence, alarmed and exasperated by the effect the lie had on her life, Zenaida agreed to testify against Casey at her trial. 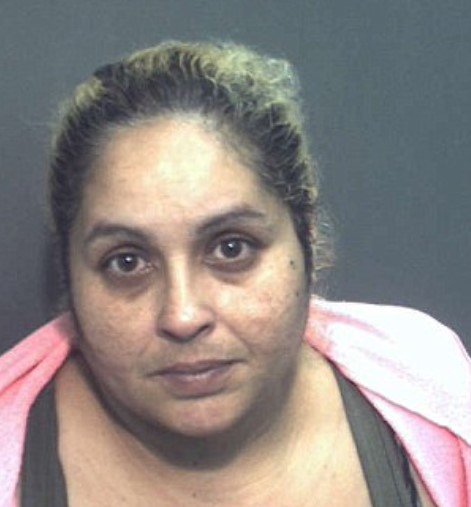 While the jury acquitted Casey of the murder charge, Zenaida wasn’t ready to let things slide. Thus, in 2011, she sued her for defamation and argued that her lies made her lose her job and home. However, in 2015, the judge ultimately ruled in Casey’s favor dismissing the lawsuit and mentioning that the lies did not damage Zenaida’s reputation.

Since then, Zenaida Gonzalez has preferred to keep her personal under wraps, although a 2012 report mentioned that she was charged with selling an alcoholic power drink to minors. She was arrested again in 2016 for credit card theft in Orlando, Florida. Nevertheless, from the looks of it, Zenaida has since been released and seemingly still resides in Orlando.