Created by Italian comic artist and screenwriter Roberto Marchionni, who is known by his pen name Menotti, Netflix’s ‘Zero’ is a ground-breaking modern superhero web series that amalgamates aspects of class struggle, refugee crises, and urban gentrification. The story centers on Omar, aka Zero, a shy and reserved young comic artist of Senegalese descent who delivers pizzas to make ends meet. After meeting the mysterious architect named Anna and accidentally stumbling upon his superhuman ability to become invisible, Omar’s life takes a right turn, but little does he know that the fate of his neighborhood is directly connected to Anna’s life. As the story reveals itself, we get to know that they are just pawns playing their parts in a narrative that goes beyond all of them.

Giuseppe Dave Seke, Haroun Fall, and Beatrice Grannò play their roles with a freshness of spirit that lends the show much of its heartfelt aura. A complex and yet feel-good story is woven in a span of eight short episodes, and as the season nears its end, there remain more questions than answers. If the season finale has thoroughly confused you, we may be able to straighten the tangled-up narrative strands to some extent. SPOILERS AHEAD.

Omar is an introverted boy who lives with his sister Awa and his father in the poor Milan Barrio. He is an aspiring comic artist who works part-time as a pizza deliverer. Omar thinks of leaving his home, but his oppressive father comes in the way. On one of his usual errands, he meets wealthy architecture student Anna. Shortly after, he is accused of setting a motorbike on fire, and a local boy named Sharif follows him to an abandoned building. 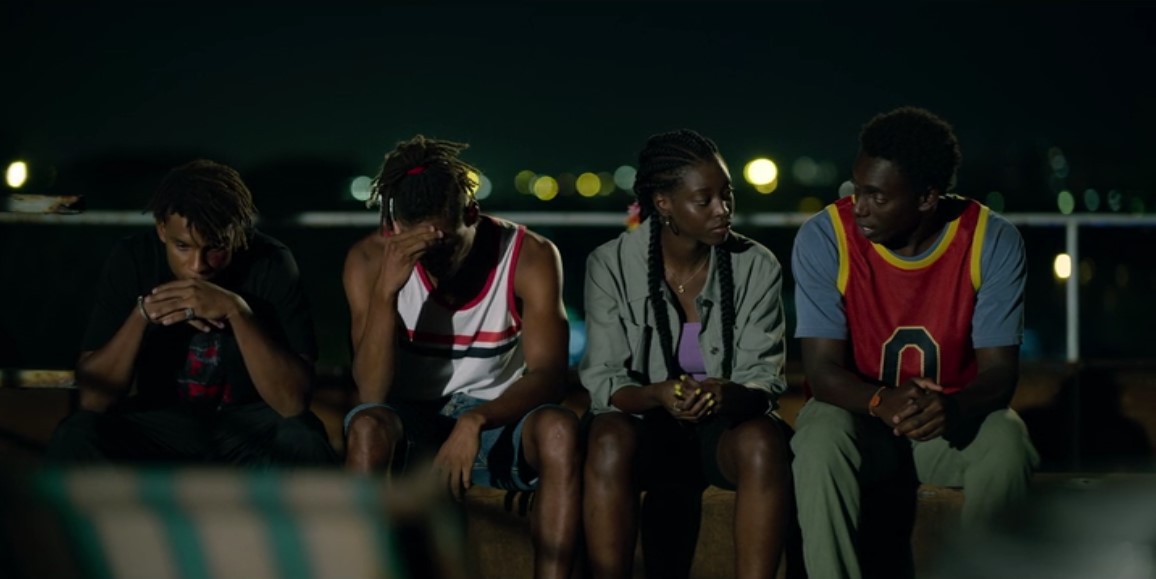 While hiding from Sharif, he discovers his special ability to become invisible. The electricity of the neighborhood gets cut, and there seems to be a plot of displacing the poor immigrants of the community. Sharif reaches out to Omar. Omar meets Sharif’s friends Sara, Momo, and Inno, and with the help of each other, they must stop their neighborhood from being torn down. The cost of replacing the generator is 10,000 euros, and to procure it, Sharif, Omar, and Sara go to a casino event.

With the help of Omar’s superpowers, the two manage to win enough money to repair the generator. However, upon returning to the hood, they find that Sara’s studio has been ransacked by vandals. While making love to Anna, an upsurge of emotion in Omar makes him invisible, and they fall out. Omar’s mother had been handed over to the police by his father, and the recollection of the past brings antagonism between the father and the son, which forces Omar to leave his family home. Sharif takes Omar to his place. Dietmar, the wise old man, is found dead, but a clue fed to Omar by Dietmar leads the group to Cuban gangster Rico.

By sneaking into Rico’s home, Omar gets the information that the real estate company called Sirenetta is involved in the vandalism in Barrio. However, that is not the end of surprises, as the real estate company is owned by Anna’s influential father. Omar sneaks in at a party and captures Anna’s father bribing Rico on the phone. However, Omar comes back to visibility, and chaos ensues. Momo is stabbed by Rico, but he lives to see another day. However, Momo has been fast to upload the video on social media, which is enough to tarnish the name of Sirenetta. The heroes save Barrio, but that is not the end of it.

Zero Season 1 Ending: Who is the Virgin? Is Omar’s Family Connected to a Cult?

In the final episode, we meet a mysterious androgynous woman who calls herself the Virgin. Earlier, we see her at the casino, where she is seen flaunting a tattoo on her bald head. Afterward, she turns up at Omar’s family doctor’s house, where the doctor divulges that the siblings are ready. While the siblings clearly refer to Awa and Omar, we can’t quite comprehend what the Virgin has to do with them. Also, it is not overtly clear how the doctor is in league with the Virgin. In the final episode, the Virgin meets Awa.

Awa has been suffering from loss of sight due to Omar using his ability. But the Virgin presents her with a special handkerchief which seems to make Awa’s conditions better for a while. It is her from whom Anna’s father had borrowed money, and as the business is in Anna’s name, the Virgin gets her kidnapped. An invisible Omar sneaks past the guards to get to Anna, but the room where Anna is kept is decorated by indigenous paintings that seem to be connected to Omar’s own Senegalese lineage. Omar cannot return to visibility, but the Virgin seems to notice him. All things considered, the Virgin is not an ordinary woman.

This brings us to the next question. In the finality of the penultimate episode of the season, we see Omar walking into some sort of a cultist ritual. Omar sees his parents there. His mother is apparently still alive. Are they part of a larger cult? Are they the prophesied siblings worshipped by a secret society of immigrants? The painting of Omar and Awa is seen multiple times in the course of the season. They seem to be the central pieces of a puzzle that spreads far beyond them. Moreover, Omar’s father seems to know more than he can divulge. Hopefully, the next season will shed more light on the secret cult.

Does Awa Have Superpowers Too? Can Omar Return To Visibility?

It seems that Awa is more powerful than she realizes. In the final episode, Awa goes to meet her boyfriend, Tom. Her sight is blurry, but as she wipes her eyes with the magical handkerchief, the picture becomes clearer. Tom is apparently two-timing with Awa’s best friend. Awa looks at them intently, which causes Tom’s eyeballs to retreat backward. Awa’s best friend, startled, falls from the rooftop and seemingly perishes.

On the other hand, after taking a beating from one of the Virgin’s thugs, Omar cannot return to visibility. While staying hidden in plain sight, he takes Anna to the hospital, where he is approached by the Virgin. Perhaps the Virgin holds the secret of returning Omar to his previous state. So, while for the time being, the audience has to resort to the oil paint filtered version of Omar, we hope to see Omar back in his previous state in the next season.