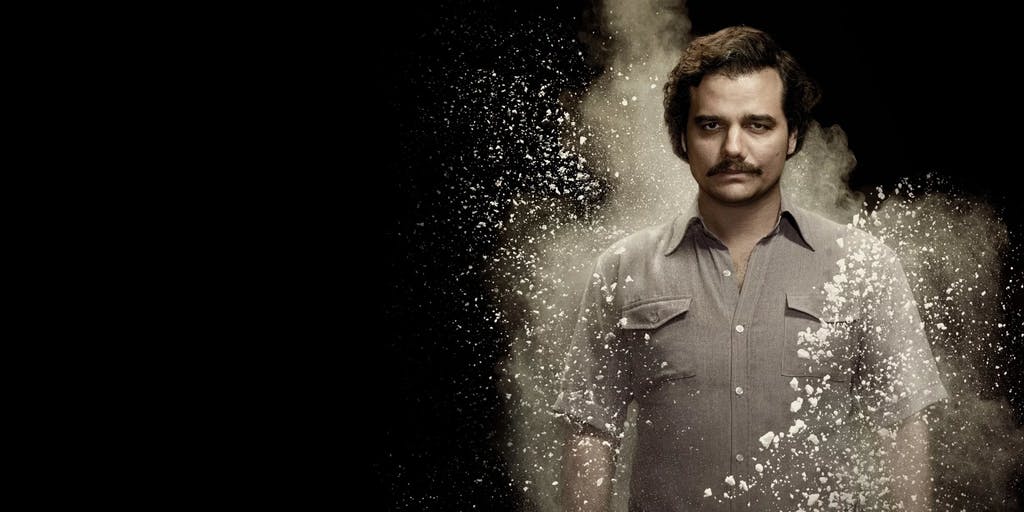 Gangsters, mafia and mobsters have always fascinated us, they live outside the law, they are nonconformists, they do what they want. More importantly, stories about people like these are usually fascinating and fast-paced. However, cinema except for a noteworthy few reduce their motivations and show them to be clear-cut bad guys and villains. Television shows, on the other hand, can develop the characters painstakingly and explore these characters since they have more time on hand to do a better job. Here is a list of the top television series based on gangsters. You can watch some of these best mob shows on Netflix, Hulu or Amazon Prime. 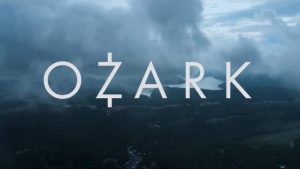 Let’s start with a show where the gangster isn’t the focus of the story. Jason Bateman plays money launderer to the second largest cartel in Mexico as he eagerly points out. However, things go south when his partner skims from the cartel and he is put in a difficult position to recover the money for the mob. They move to Lake Ozark but they run amuck there as they entangle with a local family that deals in drugs. They don’t like the fact that Marty is moving in on their turf and season one ends with a tense moment as the local crime bosses get one up on the Mexican cartel and kill their emissary. A gripping tale of conflicting gangs with the imminent threat present at every moment, this show reminds us of the people who actually help the gangsters lead the glamorous lives that they do. 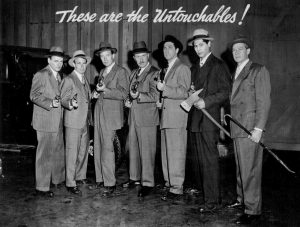 The fictionalized account of Eliot Ness and his team as they take down Scarface Al Capone might have become more famous after Kevin Costner’s film, but this television show did it first. And they did it brilliantly. The show won an Emmy Award and the acting was par excellence. The show is also mired in some controversy due to the apparent stereotyping of Italians. But that aside the show tells the story well, sets up Capone’s empire, the agents’ courage and the eventual famous downfall of the Chicago mobster. 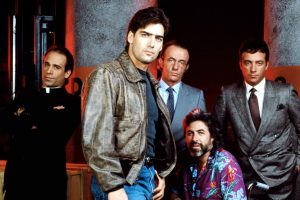 Vinnie Terranova is a deep cover FBI agent who infiltrates various gangs and organized criminal empires to extract evidence. The show spun for four seasons with different story arcs. Despite being a show about a Fed, the main action always involves members of various gangs and the show is an excellent example of the strain that undercover operatives face and the consequences their actions have. Actors like Kevin Spacey and Jerry Lewis appear in some of the arcs which becomes a testament to the acting prowess in the show.

Starring Jason Clarke and Jason Isaacs as Tommy and Michael respectively this show received acclaim for the nuanced acting by the actors who play the protagonist brothers. Tommy is a politician while Michael runs with the Irish mob. Their paths intersect and each is often torn between their duties to their line of work and their familial loyalty to each other. Spanning three seasons this show will definitely get you hooked as it takes a look at the Irish mob in their Rhode Island turf and shows the ruthless side of the mob.

This miniseries is a good long look at various criminal organizations across the globe. Based on journalist Misha Glenny’s book about the underworld, this show follows the English-born son of a Russian mobster. The son runs an investment firm and soon unwittingly becomes part of a power struggle over a criminal empire. The show is tight, the action is good and the narration and acting are fantastic. Moreover, if you’re not a fan of long shows, this is a miniseries so it can be easily binged. Also, James Norton who plays Alex Godman is also in the running to be the next James Bond so you wouldn’t want to miss a chance to see a possible future Bond in action. 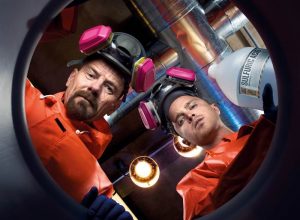 Yes yes, I’ve ranked Breaking Bad pretty low on this list, but that’s just because it’s not as much a show about gangsters as it is about the crime itself. There are no overarching gangster themes, Walter White is a force to be reckoned with alone. However, this doesn’t mean that there are no gangsters. Large-scale drug dealers will always have ties to gangsters and Breaking Bad had one of the finest cartel bosses in Gustav Fring – smart, calm, calculated, he was the perfect mob boss. He could be ruthless to when he wanted. The drug trade in Alberqurque is always offset in the show with the Mexican cartel interferences so the gangster theme is running throughout. And as if you need any more reasons to rewatch this gem of a television show. 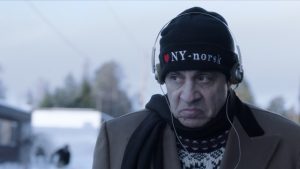 This show wouldn’t have hit many radars but now it’s on Netflix so it’s easily available. Van Zandt plays Frank Tagliano, a man who is on the run after testifying against a mob boss. He ends up in Lillehammer in Norway. The show’s name is a tip of the hat to the town as well as to Frank’s dog Lily who is killed in the pilot episode during the attempt on Frank’s life. If you’re of the opinion that criminals are like leopards who can’t change their spots then this show is your proof. This Norwegian crime drama sees Frank getting to his old habits in the small town and raking up all sorts of trouble. An exciting show with the cold Nordic setting to make the racketeering all the more enticing, this show definitely deserves a closer look. 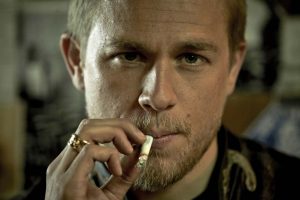 Based in a small fictional town in California this show is about a biker gang named Sons of Anarchy. Gangsters aren’t just suits and Tommy guns, biking gangs are much rougher often resorting to extreme violence and involved in a lot of trafficking. Created by Kurt Stutter, the show’s protagonist Jax Teller is a tough but compassionate man tasked with leading the gang. A show filled with violence, deceit, and a lot of action, Sons of Anarchy will take your time but its worth every moment. 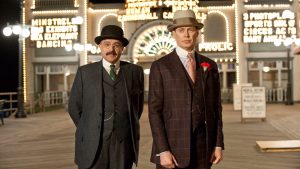 Martin Scorsese on board for a television show – you know you can’t go wrong. Steve Buscemi plays Nucky Thomson, a tough shrewd bootlegger who is also the political head of Atlantic City. The boardwalk is his turf and he and his brother Eli the sheriff are the lords of the town. His bootlegging business puts Nucky in touch with the most dangerous gangsters and mob heads across the country including Al Capone, Meyer Lansky, Lucky Luciano and Arnold Rothstein. Thompson’s character is based on a real-life character as well and with the prohibition era going on we can actually begin to see in this show the first signs of the formation of the Italian Mafia. The heydey of organized crime was yet to begin but Boardwalk Empire shows how it came about in a tale that will fascinate you till the very end. 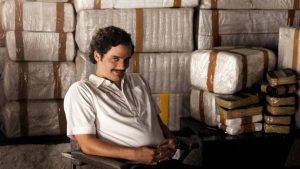 Gangsters aren’t just in the European countries. South America has some of the most violent cartels and biggest gangsters, so big that they have never been captured and we don’t even know their names. But the biggest name that the cocaine and drug trade has ever known is Pablo Escobar. The man out of Colombia who at one time controlled the cocaine export to almost all of the world. Narcos takes a look at the drug lord’s life and the life of the Medellin cartel. The story fragments into two – Escobar’s life and the DEA agents trying to take him down. The third season shifts to the Cali cartel working its way methodically through Colombia and their cocaine trade. Netflix has also been associated with the show El Chapo and with the ending teased in season 3, we will probably see the next season is set in Mexico and the new age cartels. A gritty look at the drug cartels this show is one of the best to know about drug trade from a safe distance. 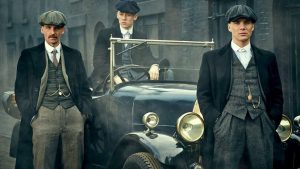 Set in Birmingham after the First World War, this show sees the Shelby family’s rise to power. The Peaky Blinder was an actual gang operating in England at the time. This story fictionalizes their account and gives a good view of gangland culture in the UK and street culture at that time. The show is fast paced with choppy dialogue, excellent acting from Cillian Murphy especially and a lot of action. Tommy Shelby’s character has us hooked and a few seasons in and we realize that the Peakies aren’t a group to be messed with.

Some might make an argument about this show is the best on television and I’d be hard-pressed to argue the point. Starring James Gandolfini along with a host of other talented stars, this show spans for several seasons and takes a painstakingly close look at the head of the Soprano family, the New Jersey mafia boss. The show focuses not just on the business side of things but the family as well and the underlying psychological symptoms of the mob boss. The show is an excellent look into the Italian mafia and their traditions and also the Jersey New York rivalry. Overall the show is fantastic and the ending will leave you wondering in amazement.