1899 Review: Another Thrilling Piece of Puzzle From the Creators of Dark 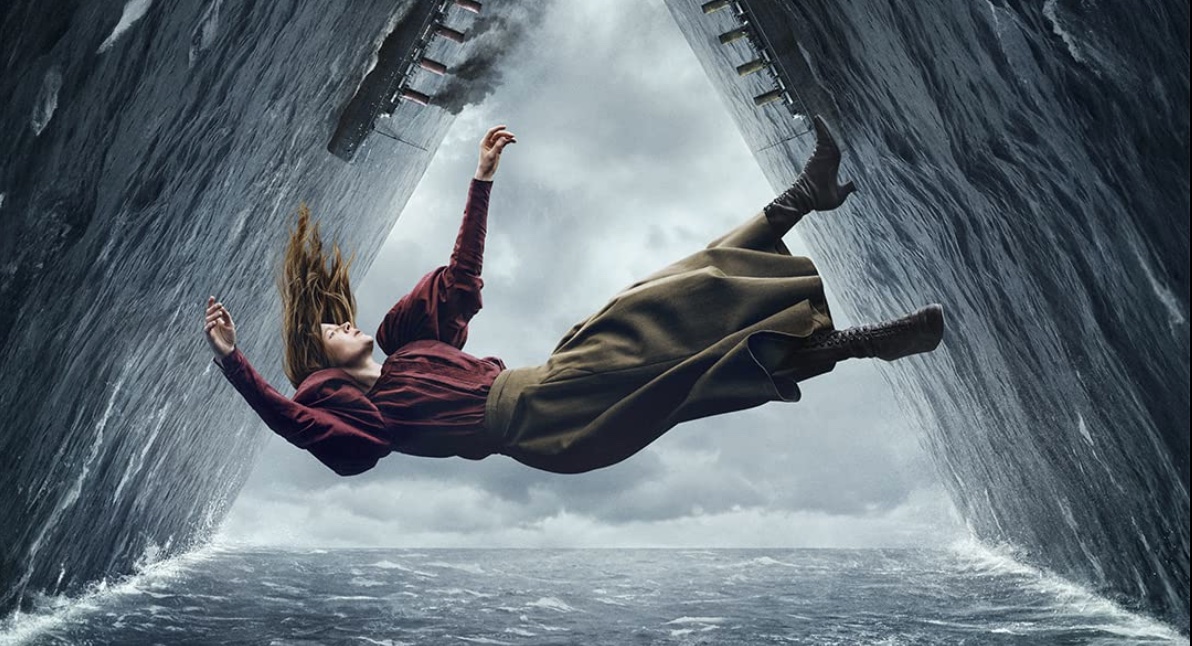 Science fiction has always been one of the boldest genres of storytelling. Its limitlessness allows a storyteller to take things as far as possible as long as they never lose sight of reality. Of course, reality can mean any number of things, and in ‘1899’ Baran bo Odar and Jantje Friese concoct a confounding tale of simmering mysteries and the fluid nature of what “real” means. The story takes place on a ship called Kerberos. It houses passengers from different parts of Europe, all of whom got on the ship with just one thought: they are never going back. It is supposed to be a week-long journey, ending in New York. But midway, Kerberos crosses paths with Prometheus, the ship that went missing four months ago. Its sudden reappearance intrigues the passengers and the quest for answers leads them down a path they probably wish they’d never taken.

The main mystery revolves around Emily Beecham’s Maura and the search for her brother, who may or may not have disappeared with Prometheus. There is also the tortured ship captain, Eyk (played by ‘Dark’ alum Andreas Pietschmann) who maintains a steady relationship with alcohol while grieving the loss of his family. Maura and Eyk become the point people of the mystery, going to whatever depths necessary to uncover the secrets of the ship. The rest of the passengers get caught up in a vicious cycle of hatred and violence where one death follows another in quick succession. Time runs out for all of them as they try to figure out what’s actually going on and how it might be connected to their pasts.

For those who haven’t seen ‘Dark’, the German show that earned the reputation of being one of the most convoluted time travel stories, ‘1899’ is an entertaining and captivating watch. It is a psychological thriller wrapped in the pretty clothing of period drama tied up with the complicated concepts that lend science fiction a good reputation. For the fans of ‘Dark’, however, it is a complicated puzzle, with every dialogue a hint toward an underlying secret. Every character is a piece on the chessboard and needs to be monitored carefully, lest they turn out someone’s son who is also their grandfather.

While ‘1899’ refrains from getting into the muddled-up nature of relationships and incest that makes ‘House of the Dragon’ look like a teen rom-com, it does share the same thread as ‘Dark’. Friese and bo Odar have woven both stories with the same thread, right from the aesthetics that spell doom to the haunting music that adds another layer of eeriness to an already claustrophobic setting. Still, there is a marked shift in the manner of storytelling and the scope of its concept.

For the most part, ‘1899’ works like a good old Agatha Christie mystery. A group of strangers, none of whom is innocent per se, are pitted against each other in a confined space where everything and everyone is dangerous. To keep in line with this approach, murder also becomes a part of the story, but things take a much more horrifying turn for the passengers of Kerberos than for the characters in Christie’s world. By the time the first half of the season ends, the show starts to peel off its facade and the rabbit hole is presented. Dive down it and you might end up in the scariest place you’ll ever know: your mind.

‘1899’ does a splendid job of spreading the clues around for the viewers. The answer always seems in sight, but somehow, it goes farther away the closer you get to it. In the six episodes available for review, the show creates this brilliant puzzle that you can’t wait to solve, keeping your fingers crossed that it is all worth scratching your head over. Considering the magnificent ending that ‘Dark’ received, it is expected that ‘1899’ is headed down the same road.

‘1899’ has some big shoes to fill, which invites a set of expectations regarding the story and the level of its convolutedness. ‘Dark’ is hailed for being so incredibly murky with its plot that one blink and miss might become the reason you fail to understand some deeper mystery. This approach made it a great riddle, with all questions leading to one answer, but the show also suffered on the front of character empathy. The audience found themselves so busy with untangling the knots of its mystery that it became easy to lose sight of the characters and care about them. ‘1899’, thankfully, doesn’t have the same affliction.

All the mystery and the confusing plot lines in it are complemented by the diverse range of characters, each as compelling as the next. The actors do a wonderful job of presenting their fears and insecurities, giving a glimpse of their baggage while bits and pieces of their fractured memories are presented to the audience. The different languages add to this sense of disconnectedness, but also give some very intimate moments to the characters. It is easy to get invested in, if not all then, most of them.

All this praise doesn’t mean that the show is without flaws. There are moments when ‘1899’ flinches and some of its cracks surface, threatening to tear apart the narrative it has so meticulously constructed. But all of that’s momentary. With every episode, the pace of the plot increases as a few answers are provided and Pandora’s box of questions is opened in the process. There is an answer there somewhere. What matters is that you stick long enough for it to be revealed to you, and, without a doubt, ‘1899’ will keep you in its clutches until all that’s lost has been found.