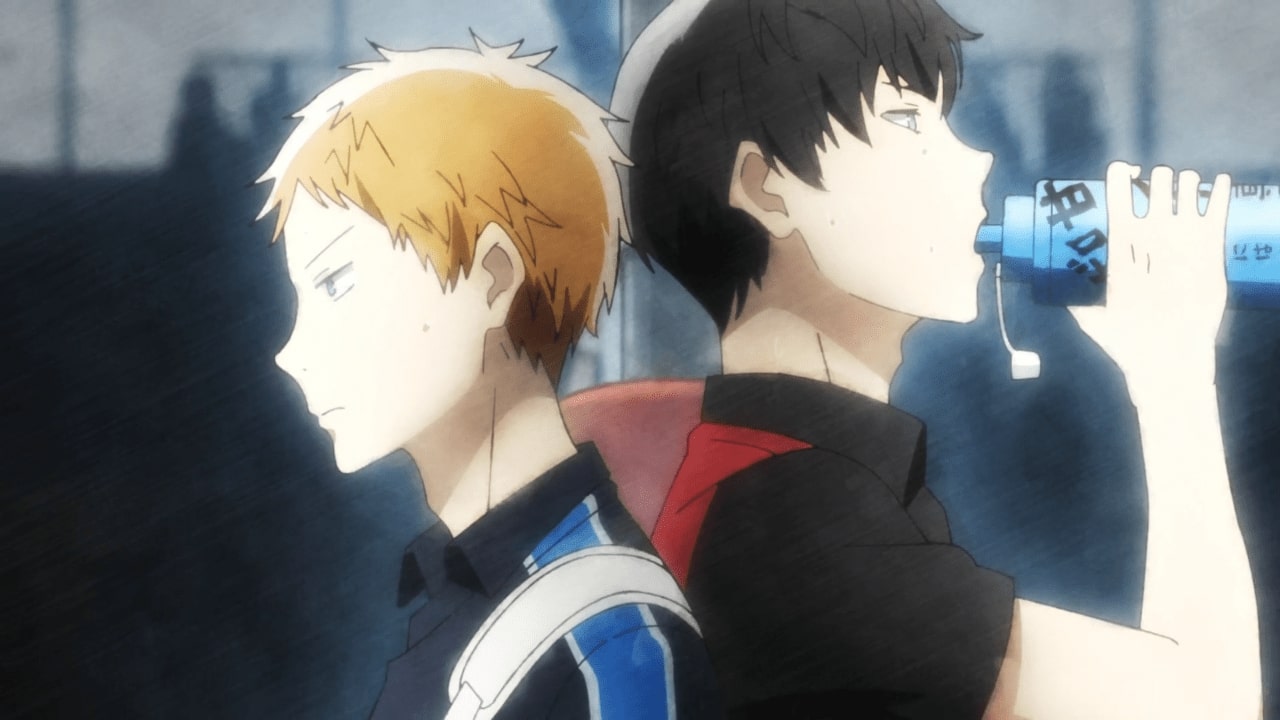 Based on a light novel series written by Yukako Kabei and illustrated by Aiji Yamakawa, ‘2.43: Seiin High School Boys Volleyball Team’ or ‘Nī Ten Yonsan Seiin Kōkō Danshi Barē-bu’ is a sports anime show. It revolves around two childhood friends, Kimichika Haijima and Yuni Kuroba. After his mother’s death, Haijima moved away. However, following an incident at his prestigious middle school in Tokyo, he is forced to move back to the Fukui Prefecture. He starts attending Seiin High School, where Kuroba is also a student. The two friends eventually reconnect through their shared love for volleyball.

The series’ title refers to the net’s height in men’s volleyball, which is 2.43 meters. While there are quite a few anime on volleyball, including the immensely popular ‘Haikyuu!!,’ ‘2.43’ has managed to carve its own space through its somber tone and well-developed characters. ‘2.43: Seiin High School Volleyball’ season 1 has recently finished airing. If you are wondering when season 2 will come out, here is what we know.

‘2.43: Seiin High School Volleyball’ season 1 premiered on January 8, 2021, and aired 12 episodes before concluding on March 26, 2021. David Production developed the series, with Yasuhiro Kimura serving as the director and Yōsuke Kuroda as the main writer. As for season 2, the producers have not made any official announcement on the subject yet.

However, since its release, the show has managed to garner a loyal group of fans both in Japan and other parts of the world. As with any other anime, it all comes down to how popular ‘2.43’ is and whether that popularity warrants a renewal. Well-made sports anime, more often than not, tend to find their audience, leading to their multi-seasonal runs. ‘Free! Iwatobi Swim Club,’ ‘Ace of Diamond,’ and ‘Yowamushi Pedal’ are good examples of this. And then there is ‘Haikyuu!!,’ which is often regarded as one of the best sports anime shows of all time and has aired four seasons to date.

So, there is a real possibility that ‘2.43’ might be renewed for at least one more season. Moreover, David Production has the experience of producing multiple seasons of anime shows like ‘JoJo’s Bizarre Adventure’ and ‘Cells at Work!’ This is bound to work in ‘2.43’s favor if season 2 is greenlighted. If the confirmation comes within the next few months, expect ‘2.43: Seiin High School Volleyball’ season 2 to come out in 2023 or later.

2.43: Seiin High School Volleyball Season 2 Plot: What Can It Be About?

In the season 1 finale, Team Seiin celebrates their victory and the fact that they are going to the nationals. On the other hand, there is grief and regret in the Fukuho locker room. Subaru Mimura’s knee needs to be operated on, and the doctors have advised him to use a pair of crutches until then. Oda tells Aoki that he wants to play college volleyball and asks his friend if he wants to play volleyball a bit longer with him.

Aoki happily agrees. Haijima feels restless. Even though the national tournament is still ahead of them, and the competition will be steep, he thinks that he needs bigger things to aspire towards. Following a chance encounter with Subaru, he gets exactly that. He decides that he and Kuroba will make it to the Japanese U-19 and U-21 teams and compete against players from all over the world.

In season 2, Seiin’s journey through the national tournament might be depicted. They might play against their initial competitors, Winnowing Basket from the Fukuoka Prefecture and Keisei Gakuen from the Tokyo Prefecture. Haijima might eventually get to play against his old school.