Is 2 Hearts a True Story? 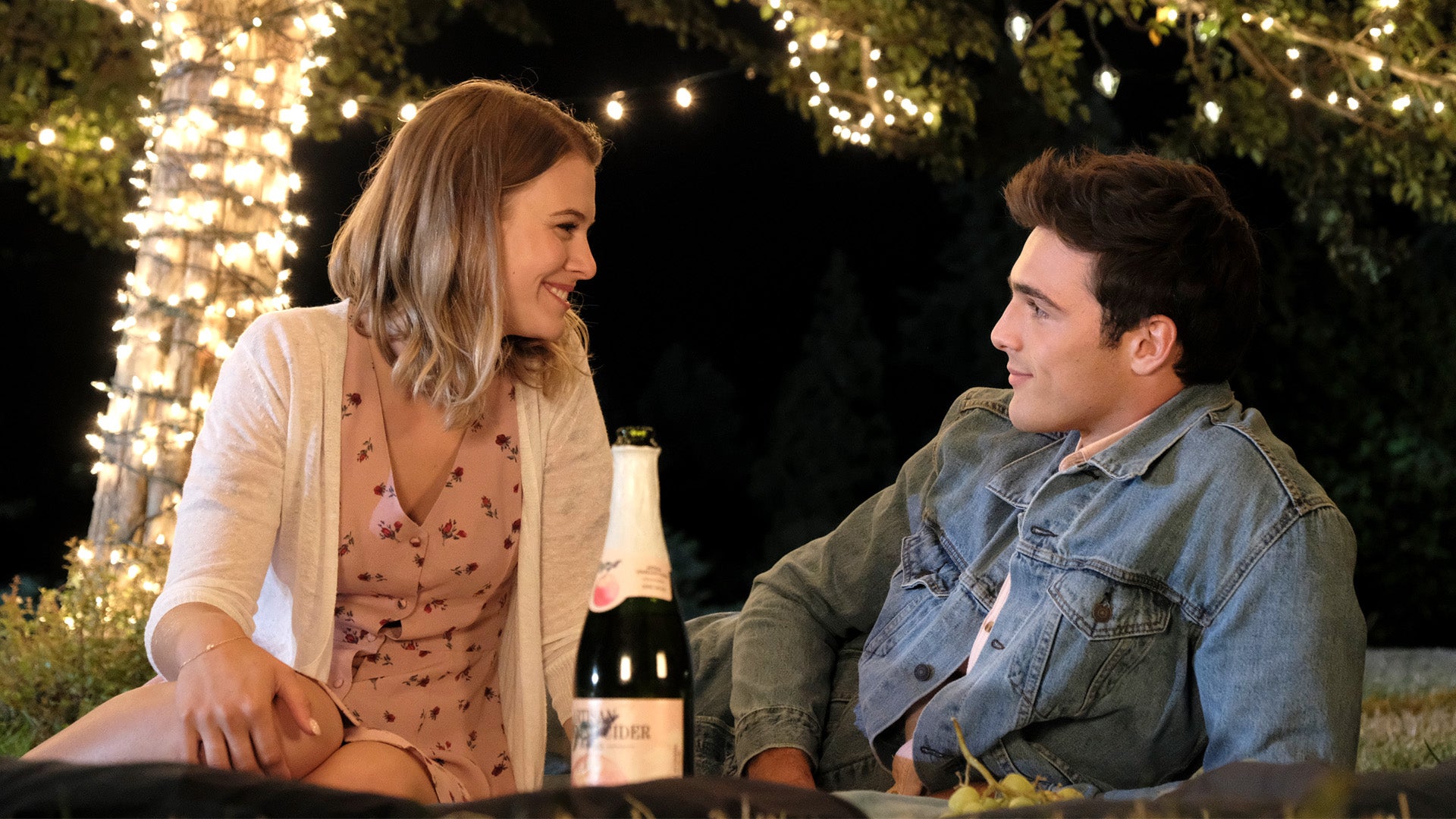 ‘2 Hearts’ is the story of kindness, love, tragedy, and most importantly, how life finds a way to continue even after death. The romantic drama features the tale of how a transplant forever changes a person’s life. Directed by Lance Hool, it stars Jacob Elordi, Tiera Skovbye, Adan Canto, and Radha Mitchell in pivotal roles. Given the premise, it is no surprise that the film is a real tearjerker. But is it inspired by real events?

Is 2 Hearts Based on a True Story?

Yes, ‘2 Hearts’ is based on a true story. In fact, it chronicles the life-saving transplant that Jorge Bacardi, of the rum empire, underwent after 19-year-old Christopher Gregory lost his life due to a sudden and unexpected brain aneurysm. Since the college student was listed as an organ donor, his passing meant that the lives of many others were saved.

Adding more to it, Chris Charalambous, Freestyle’s Head of Acquisitions, stated, “We believe 2 Hearts is the kind of heartwarming and uplifting love story that audiences need right now and will want to experience. Director Lance Hool and his team have created a beautiful, memorable movie about romance and the pure power of connection based on real events that is not only heartfelt, but the perfect film for this moment. For all of us who are fans of love stories, 2 Hearts is cast with rising stars in unforgettable roles.”

Christopher Gregory was a freshman at Loyola University, New Orleans, when he collapsed while he was with his friends. Although he was rushed to the hospital, the neurosurgeon told the family that the chances of him making it through the ordeal were very slim. When the Gregorys were asked about organ donation, they did not hesitate and went forward with the process, especially since this was something that their son had always wanted to do.

But who were the people on the receiving end? Well, the most prominent one was definitely Jorge Bacardi. Ever since he was a child, the Bacardi executive battled a lung disease. After his 40s, it became harder for him even to breathe, which is when he was put on the lung transplant list. He lived in the Bahamas with his wife, Leslie, and had a plane on standby in case they received a call from the hospital.

When Christopher passed away in March 2008, the Bacardis flew to Mayo Clinic in Jacksonville, Florida, where Jorge underwent a double lung transplant. The website of Louisiana Organ Procurement Agency chronicles the letter that Jorge then sent the Gregorys. Since the patient did not know the name of his donor, he simply wrote: “To Gabriel and his family: I am the recipient of a gift from your son that is beyond repayment. Since I do not know his real name, I have chosen to refer to him as ‘Gabriel,’ after the Archangel known as the Angel of Incarnation and of Consolation.”

Jorge continued, “I cannot possibly imagine the grief caused by your loss, and certainly there are no words anyone can say or write that could extinguish that pain. Nevertheless, you have shared with me the grandest gift I will ever receive – the gift of life.” But it is noteworthy that Christopher’s kind act ended up saving 4 other patients— Nic, Carolyn, Mac, and Xavier. Apart from this, his corneas were donated to Chuck and Arlene.

Jacob Elordi, who plays Christopher on screen, said, “When I came on board, I met his family — they’re really wonderful family, and the movie was a real family affair. It was a super personal story to them. I met Chris Gregory’s parents and we had some really wonderful experiences. It ended up being a bit of a journey in itself.” The script is actually based on a book written by the father, Eric Gregory, titled ‘All My Tomorrows: A Story of Tragedy, Transplant and Hope.’ 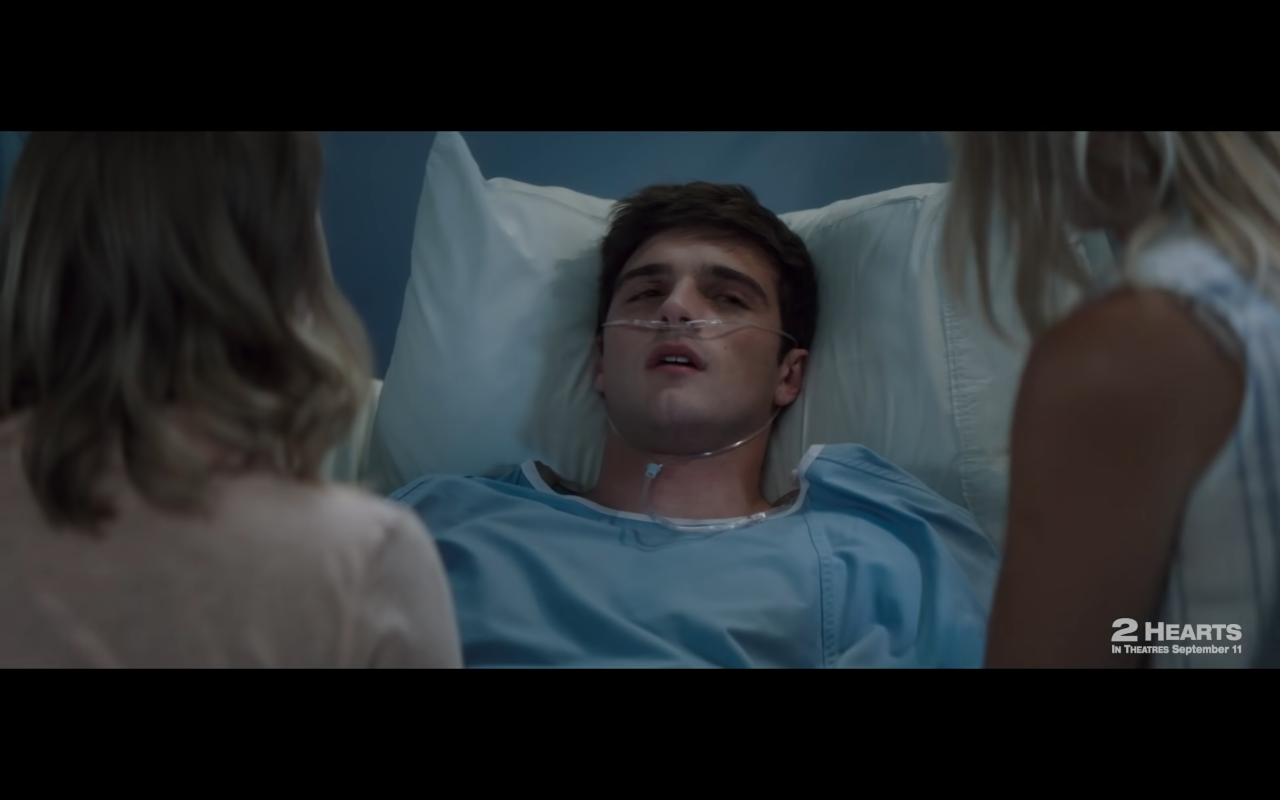 The ‘Kissing Booth’ star also added, “Looking back the thing to me is more about the experience I had making it and meeting Chris Gregory’s family. That was where the story meant something to me and was special to me. And the experiences I shared with those people. Which I guess is kind of what the movie is about at the end of the day: How people can be connected from different places in the world where they least expect it.”

Read More: Where Was 2 Hearts Filmed?