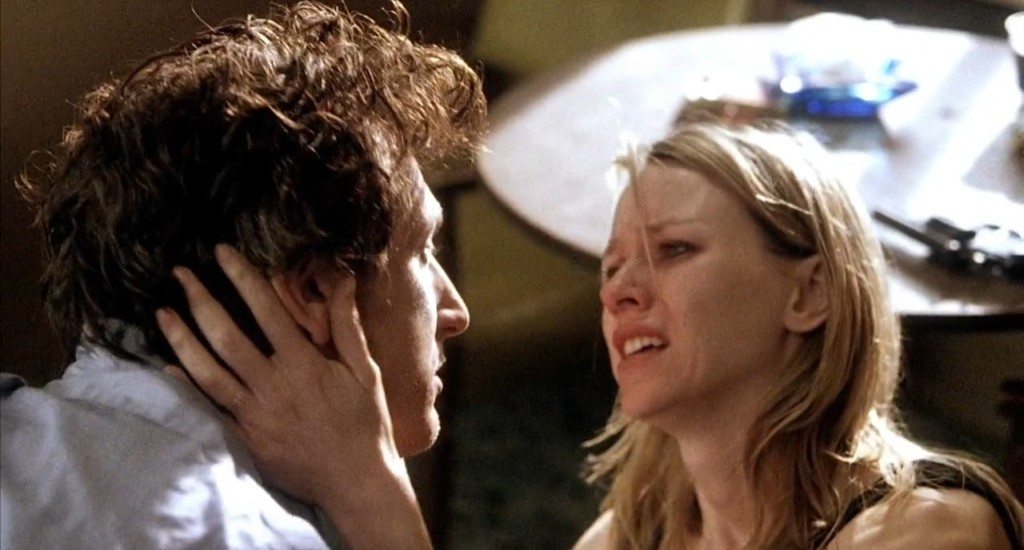 21 Grams. The weight of a stack of nickels. The weight of a bar of chocolate. The weight of a hummingbird. Or perhaps, the weight of our soul! Yes, you heard it right. In 1907, Dr Duncan MacDougall published a paper in the Journal Of The American Society Of Physical Research, claiming that a human body loses exactly 21 grams at the precise moment of death, thereby deducing that human beings indeed have a soul. The paper has since been discredited, but the myth has lived on.

It is based on this premise that the 2003 American drama ‘21 Grams’ was conceived. Starring Sean Penn and Naomi Watts, the story is told in a hyperlink non-linear format, where the past, present and future of three seemingly unrelated characters, converge and coalesce towards each other. Helmed by the acclaimed Academy Award winning director Alejandro González Iñárritu (‘Birdman‘ and ‘The Revenant‘), ‘21 Grams’ interweaves several plot lines, revolving around a tragic automobile accident.

Something about the movie’s title intrigued me; the idea that your life’s worth can be quantified might be scientifically preposterous, but it is philosophically fascinating. In the initial couple of minutes, I was mesmerized by the quality of film-making I was experiencing, but could not help but wonder what it was all about.

The non-linear narrative confuses you initially and you even wonder if it is necessary; but as the narrative slowly unfolds, things start falling into place. Based on the universal themes of death, pain and damnation, the movie follows the journey of Cristina Peck, a recovering drug addict and suburban family woman, whose life is torn apart by the death of her husband Michael and two children in a fatal accident involving a Christian reformed ex-convict Jack Jordan. As her life crumbles around her, she meets Paul, a terminally ill mathematics professor, who was given a new lease of life after a heart transplant from Michael.

The screenplay by Guillermo Arriaga is gripping; ably aided by some innovative editing and haunting cinematography. Even my initial apprehension towards the lack of a coherent narrative was blown away as I slowly found myself invested in the emotional turmoil of the characters. In fact, it is almost as if we literally feel what they are going through. We see their lives the way they see it; in utmost disarray and chaos, as they try to make sense of it all; slowly picking up the pieces. In a way, it manages to bridge the barrier between the characters and the audience, as we internalize their pain and suffering.

Iñárritu, has a fetish for the unorthodox, which is apparent from his oeuvre. With ’21 Grams’ too, he attempts something different. But the unique storytelling and thematic elements notwithstanding, the film has a heart and turns into an emotional roller-coaster ride. Love, loss, grief, misery, guilt and redemption are emotions so universal that you immediately connect with the story and its characters. You want to cry with them, console them and give them a hand. Iñárritu successfully manages to bring out these emotions with great maturity and candor.

As with all Iñárritu movies, the performances are incredible. With some great actors on screen, everyone puts in the best they have to offer. Benicio Del Toro is outstanding as the ex-con Jack Jordan. A flawed man who is slowly trying to deal with his inner demons, Del Toro manages to bring out the facets of a complex man on screen with finesse. Sean Penn too does an excellent job as Paul, who reassesses his priorities when faced with an impossible situation. One of the greatest actors of this era, Penn takes up a character in considerable physical and emotional pain and pulls it off effortlessly.

But the star of the movie is clearly Naomi Watts. Playing a grief-stricken widow struggling with drug abuse, she gets into the skin of the character and pulls off one of her finest performances. She is beautiful, but the pain in her eyes is unbearable. The sequence, where she is informed of the death of her family, is heart wrenching and will move you to tears. A haunting portrayal of woman drowning in her pain of love, loss and grief, the movie gave Watts her first Academy Award nomination.

Death. The one unchangeable reality in each of our lives. Every day of our lives, we are slowly dying, whether we want to or not. We have limited time in this world, yet most of it is spent on the most inconsequential of quests. We spend our entire lives searching for something; something to satiate our lives, to complete it. We wrestle with faith and religion as we try to make sense of our existence; to find out whether it all means something. And then one day, we are gone. We just cease to exist as the people around us, the people who love us try to come to terms with it. So ultimately, what is death? What happens when you die? Is it just the organs shutting down, or is it the “21 grams” leaving your body? Does death rob you of your existence or does it free you from the shackles of life? These are just few of the infinite philosophical questions that Iñárritu manages to raise with ’21 grams’, leaving us pondering over our own existence and how we come to terms with death; whether of our own or that of our loved ones.

It is within these subtle questions on the idea of mortality that the brilliance of ’21 grams’ lie. With a heart-breaking tale, the movie moves you emotionally, while becoming a lesson on redemption, forgiveness and salvation. Iñárritu has since gone on to do bigger, better works, but none of his movies are as heart wrenching and emotionally moving as ’21 grams’; and that alone makes it a must watch.