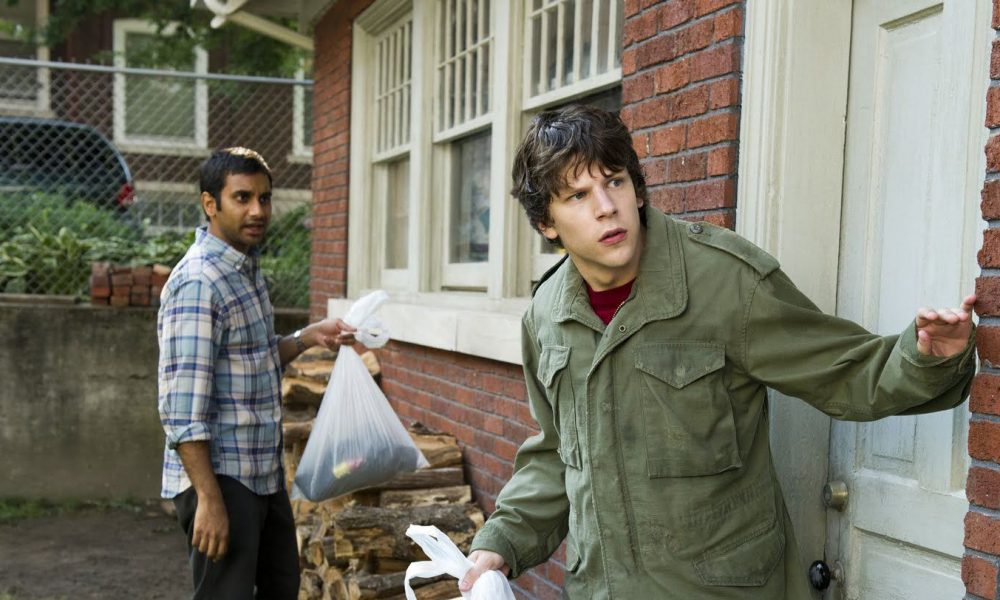 ’30 Minutes Or Less’ is a fast-paced comedic thriller-farce that revolves around a pizza delivery guy who is strapped into a bomb vest by two no-good layabouts who want him to rob a bank for them. Directed by Ruben Fleischer, the movie is a freewheeling fun-ride that doesn’t make much sense and stars Jesse Eisenberg as the fast-driving pizza boy Nick, Aziz Ansari as his fast-talking best friend Chet, and Danny McBride and Nick Swardson as the slacker wannabe criminals Dwayne and Travis. ’30 Minutes Or Less’ is one of those slacker comedy films that are inordinately funny and yet don’t require you to use too much of your brain, so you can simply shut it off for a while and just enjoy the absurdist escapism that such movies provide. If you’re looking to get more insight into this movie’s ending, we’ve got you covered. Here’s all you need to know. SPOILERS AHEAD.

Nick is stuck in a minimum wage pizza delivery job at a pizzeria that promises delivery in 30 minutes or less. He is smart and clearly not living up to his full potential. Nick’s secretly in love with the twin sister of his best friend and roommate, Chet (who is a schoolteacher). Dwayne and Travis are two good-for-nothing idlers who do menial tasks (like cleaning the pool) for Dwayne’s millionaire dad for ten bucks an hour and make explosives for fun. Tired of his dad’s constant berating and name-calling, Dwayne hatches a plan to inherit a million dollars – he decides to hire an assassin to kill his father. He dreams of using his million-dollar inheritance to open a tanning salon, which will act as a cover for a prostitution ring. 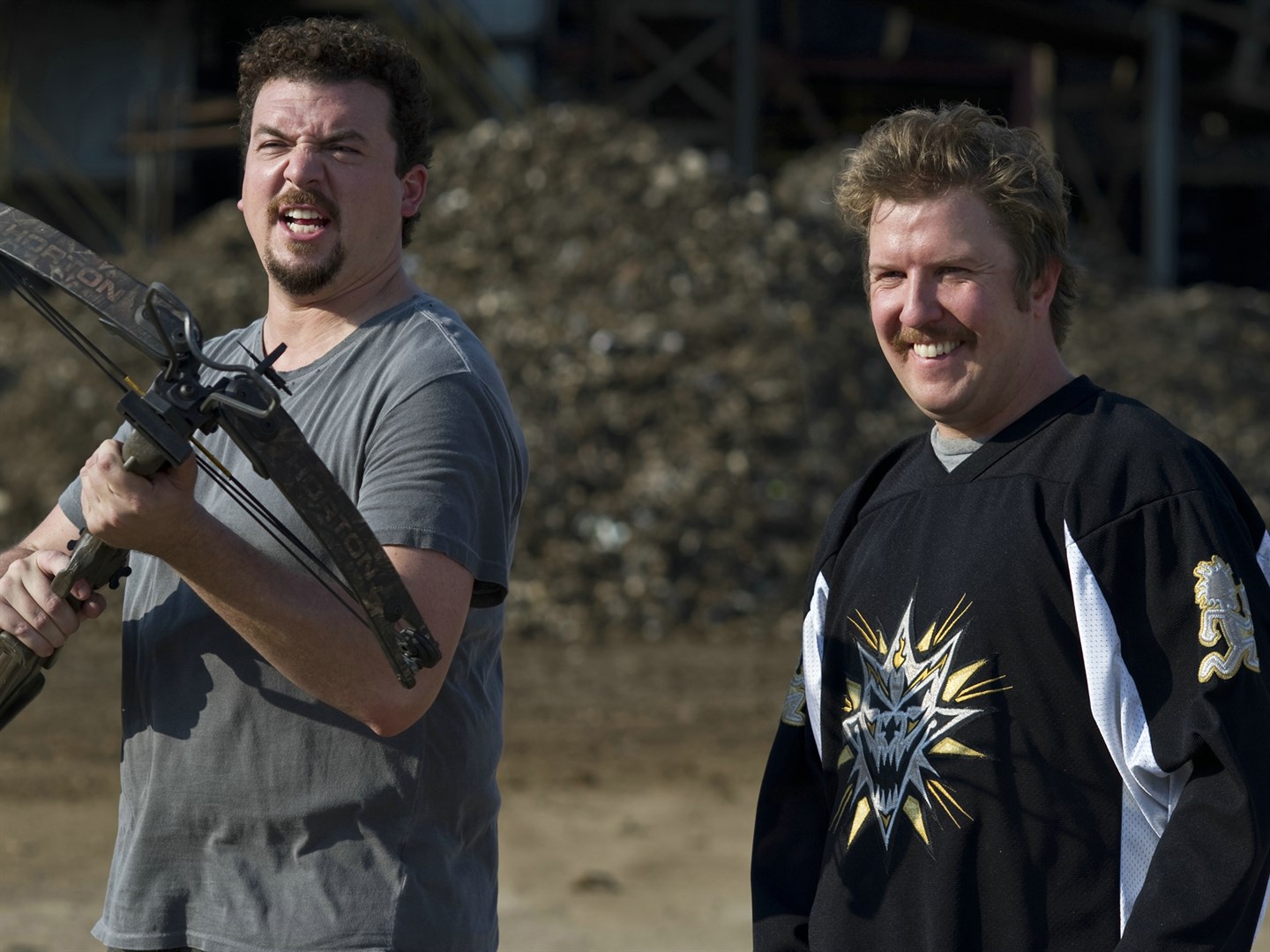 But the assassin charges $100,000 upfront, so to get the money to pay him, Dwayne and Travis kidnap Nick and then strap a bomb vest on him. They tell Nick that he has 10 hours to rob a bank and get them $100,000; otherwise, they will blow him up. Nick enlists Chet’s help in pulling the bank heist, but the best friends soon find that robbing a bank is not as easy as ‘Point Break’ makes it out to be. Hilarity ensues.

30 Minutes or Less Ending: How Does Nick End Up Getting the Money?

At the scrapyard, Dwayne gives Nick the code to disable the bomb (it’s 69 69 69), and they make the exchange – the money for Kate. Nick deduces that Dwayne and Travis will kill him and Kate the minute they turn their backs. When Dwayne confirms this by pulling a gun on them, Nick tells him that he has a hidden sniper pointing a gun at Dwayne right now.

Chet, who is hiding somewhere, points his laser pointer at Dwayne, successfully freaking him out. Dwayne and Travis disarm themselves, and it looks like Nick and Kate are about to leave safely, but then, Chango turns up and beats up Nick. Chango also forces Dwayne to hand him the money and then still tries to kill Dwayne. He is stopped at the last second by Travis, who torches Chango with his flamethrower. 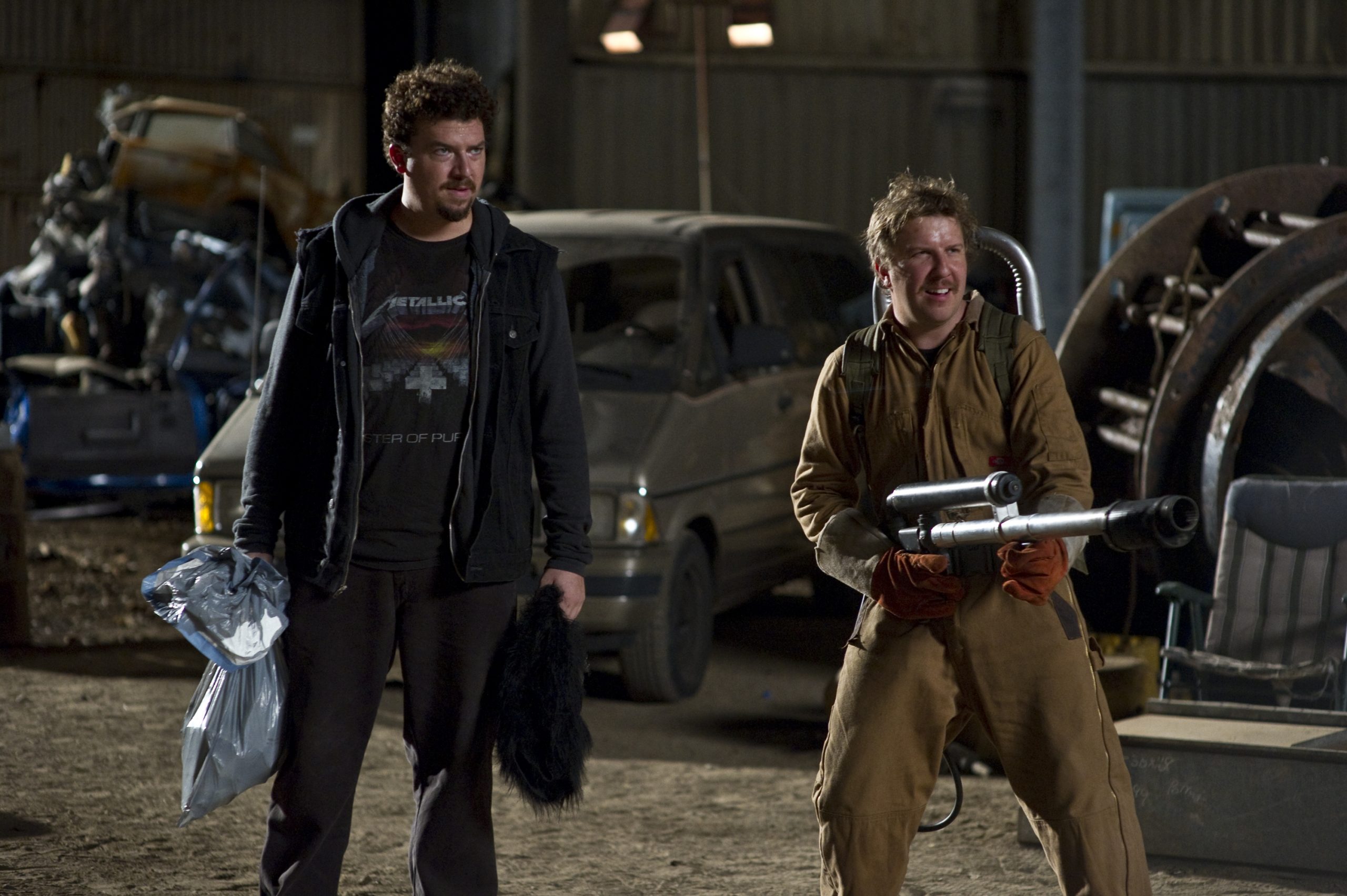 In all of this confusion, Nick grabs the bag of money and manages to drive away with Chet and Kate. Dwayne, who gives them chase in his van, catches up to their car, but his van suddenly blows up and turns over. Nick reveals to Chet and Kate that he had reactivated the bomb vest before throwing it in Dwayne’s van back at the scrapyard, anticipating a chase. Kate kisses Nick and Chet, wondering how they’ll spend all their money, looks at the cash, only to get sprayed in the face by a blue dye. A post-credits scene shows Dwayne, Travis, Dwayne’s dad, and Juicy in an advertisement for their new business venture called Major Tan: Tanning Salon.

Is Dwayne a Good Guy or a Bad Guy?

The ending establishes two things – Nick and Chet cannot use the money because it’s permanently stained with dye and will be identified as stolen cash as soon as they use it to pay for something. It also makes it clear that Dwayne and his father both survived the movie’s events and have come out closer because of it. It’s possible that the Major (Dwayne’s dad) finally stops ripping on his son after learning of Dwayne’s business plan for a tanning salon. After all, he had only wanted Dwayne to be financially independent or at least show more inclination towards anything that might make him money. The post-credits scene affirms that Dwayne and his dad have gotten over their differences. 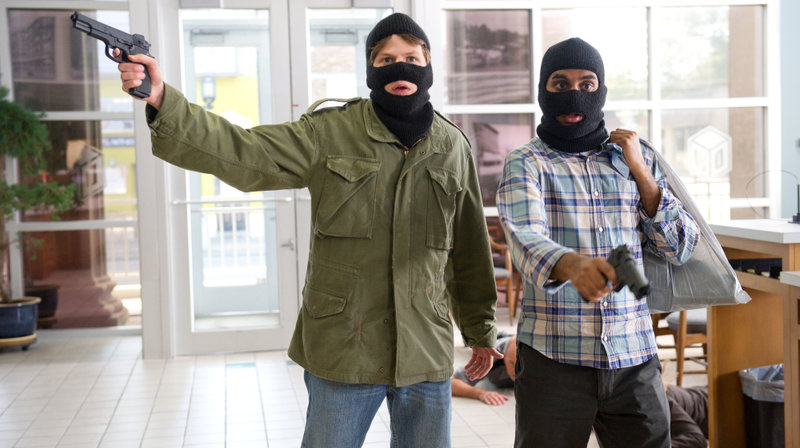 It’s also interesting to note that the supposed “good guys” don’t bat an eyelid when Dwayne’s van blows up and have no qualms about spending the stolen money. Nick knowingly reactivates the bomb and plants it in Dwayne’s van, which is basically akin to premeditated murder. Chet, who is a teacher and should know better, happily plans what they’ll do with the money instead of trying to convince his friend to go to the police and return the cash.

It’s very subtle, but the movie’s ending makes a point about the “goodness” of the supposed heroes. On the other hand, Dwayne saves Travis’ life and makes sure that he is okay before chasing after Nick’s car. He also keeps his promise to Juicy and makes her a partner in the tanning salon, despite the fact that Juicy’s boyfriend Chango tried to kill him. The ending sort of turns the tables and establishes that Dwayne, the “bad guy,” has more integrity than Nick and Chet.

In an alternate ending, Nick, Chet, and Kate drive off happily discussing what they will do with their stolen riches. Dwayne survives the blast and goes home to see if Chango had managed to kill his father. When he finds the Major lying injured but alive, Dwayne tells him about his business plan. The Major is happy and proud of his son and tells him so. Nick and Chet are shown relaxing at the Four Seasons hotel in Atlanta, where Kate has started management training.

This alternate ending disregards karmic repercussions and retribution entirely and ends with Nick and Chet having the time of their lives, which gives the message that it’s okay to rob a bank and have fun using stolen money. While morally dubious, this alternate ending does provide a better closure for all the main characters.