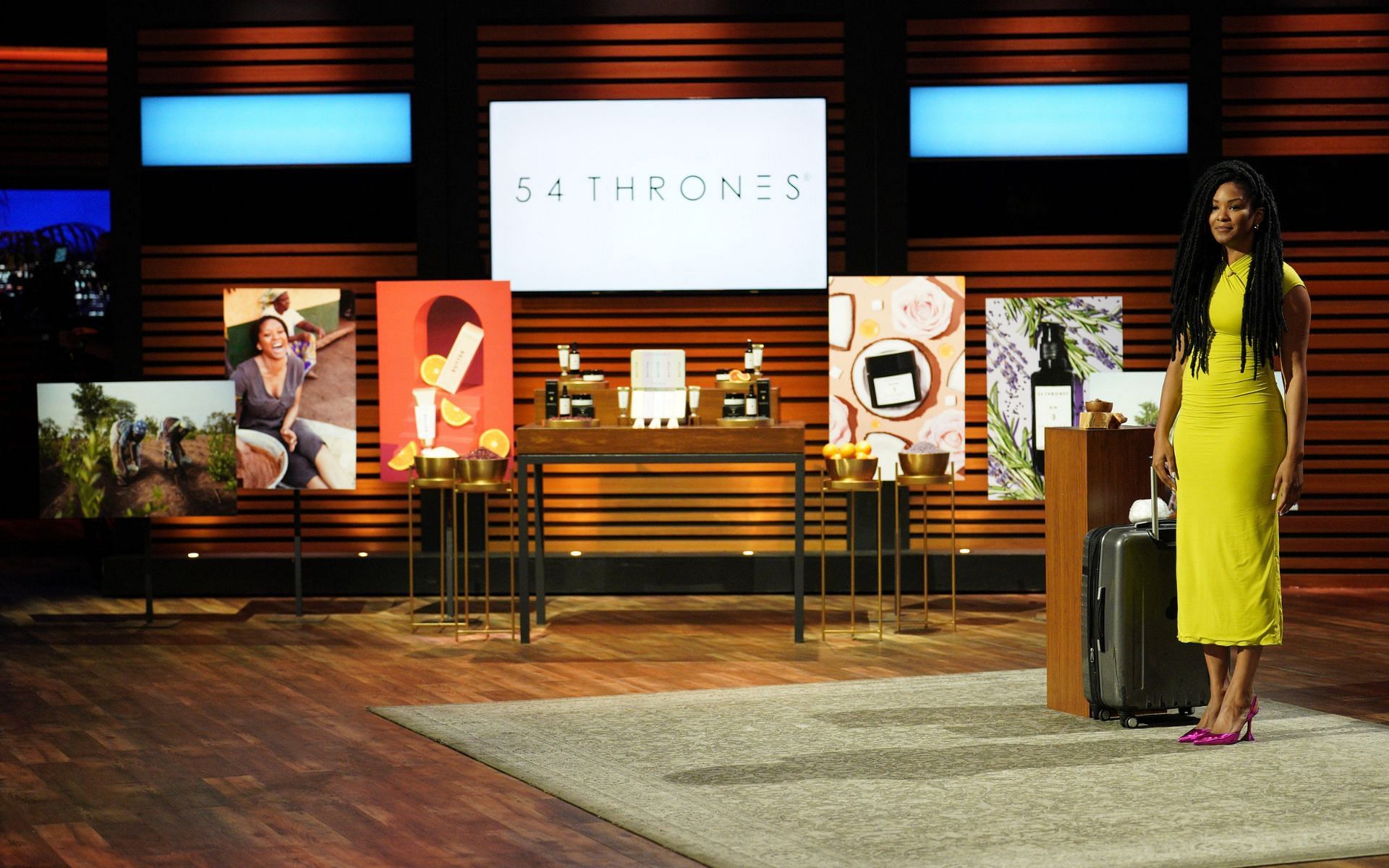 Although beauty products don’t have a strong track record on ‘Shark Tank’ considering the competitiveness within the industry, they truly manage to achieve wonders if and when they receive the backing they need. Hoping to be in the latter category, 54 Thrones — an already well-established brand focusing on authentic African beauty rituals — appeared in season 13 episode 4 of the reality show. After all, with their organic blends, they proud themselves for having some of the cleanest and most effective skincare products. So, let’s find out more about the business, shall we?

54 Thrones: Who Are They and What Do They Do?

Founder Christina Funke Tegbe, a Texas-raised African-American, founded 54 Thrones after being inspired by her Nigerian origins and everything her culture offers. The journey actually began in the latter half of the 2010s, when her mother got diagnosed (and beat) breast cancer, driving her to re-examine the stuff she was putting on and into her body. That’s when Christina realized that most beauty products contain harsh chemicals and synthetics that can be extremely harmful in the long run. Thus, she found her calling, especially once she thought back to the shea butter her relatives used.

While growing up in Austin, Christina used to get tubs of natural shea butter from her motherland, thanks to an aunt. When her mother underwent surgery, those same tubs reappeared to help with the scars. Because the seemingly simple ingredient worked, Christina grew even more inquisitive about her heritage. Therefore, in 2015, she quit her old job as a corporate healthcare consultant and decided to combine her passion for travel, beauty, and her roots into one.

Christina traveled to Africa by herself to learn about the organic elements that the locals have backed for generations, made good connections, and landed on the final idea of starting a company that promotes the same. The following year, 54 Thrones came to life, and it is named keeping the 54 countries in the continent in mind. The products of this beauty and skincare brand are not just great for the skin, but they’re also created from the high-quality ingredients grown on African soil.

54 Thrones: Where Are They Now?

The mission of 54 Thrones is sincere and straightforward — to celebrate a skin-first approach and spread the message of natural and organic beauty through traditional and authentic African methods. The fact that Christina has personally met each artisan before securing the sources for her firm’s ingredients further ensures purity in the commodities. Their mantra seems to be safety, efficiency, and integrity, and it’s visible in everything they do. That’s how they’ve achieved great success.

From a feature in Vogue Magazine to being on Oprah’s Favorite Things, 54 Thrones has already accomplished it all. Moreover, their products are now available on their official website and in Sephora and Nordstrom (the USA and Canada). The best part is that every good signifies a different African culture, evident through its name; there’s Minona: Body Glow Oil, Kahina: Lava Cleansing Mask, Egyptian Lavender and Moroccan Mint Butter, and Ugandan Vanilla and Ethiopian Honey Beauty Butter, amongst much more. Yes, they are a bit on the pricier side, but they definitely seem worth it.