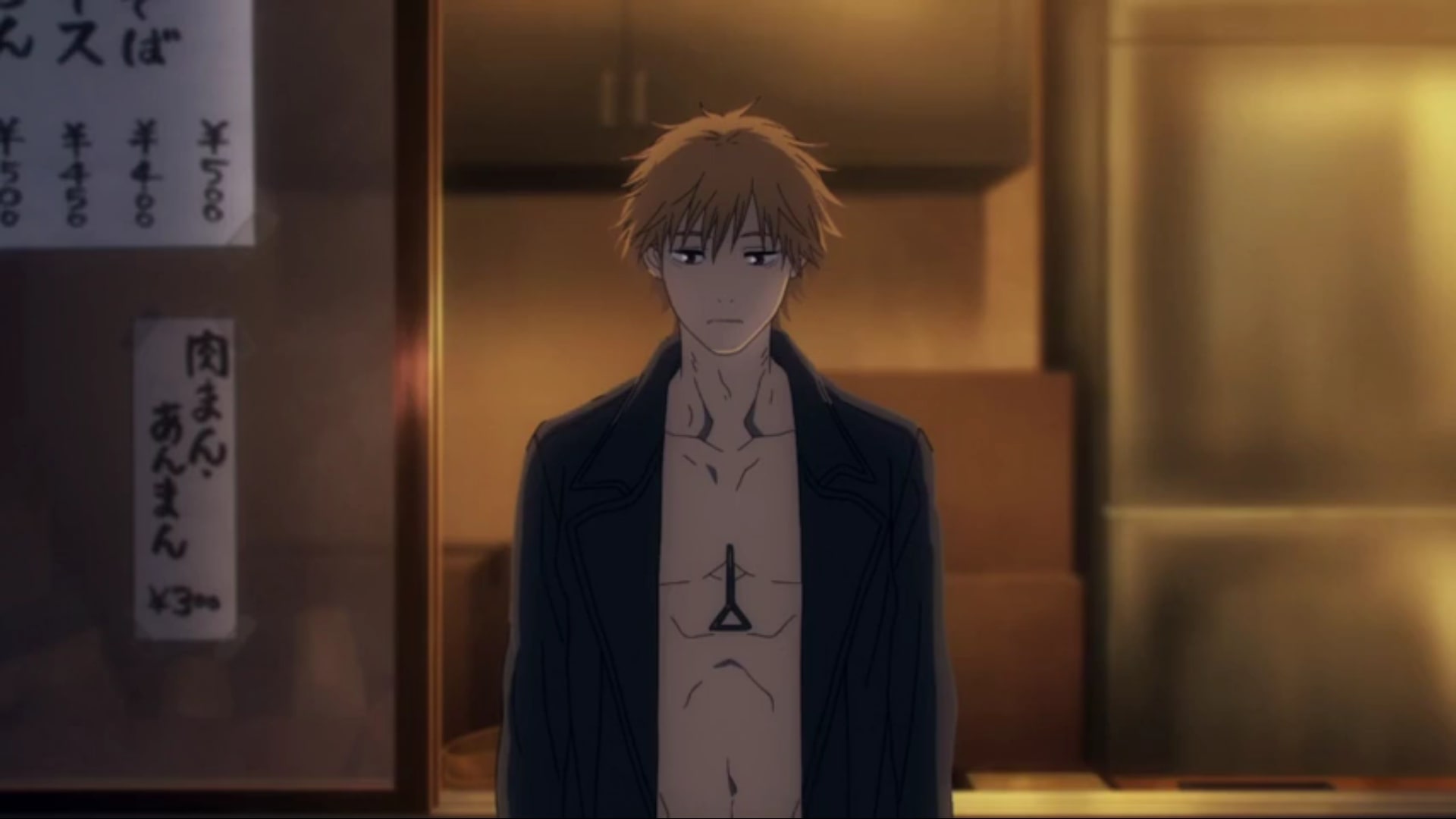 In ‘Chainsaw Man’ episode 2 titled ‘Arrival in Tokyo,’ Makima takes Denji to the Tokyo headquarters of the government-sanctioned Public Safety Devil Hunters organization. Once he is there, she introduces him to Aki Hayakawa and the eccentric duo is commissioned to work together. Despite their initial squabbles, Hayakawa and Denji are soon tasked to deal with a rogue fiend. Here’s everything you need to know about the ending of ‘Chainsaw Man’ episode 2. SPOILERS AHEAD!

After Denji accepts Makima’s offer to work for her, he is taken by the Public Safety devil hunters. On their way, she offers him her black coat and even orders food for the human-devil hybrid as he feels hungry. However, just moments before eating it, he falls into Makima’s arms presumably because of the loss of a lot of blood. Throughout all this, Makima is very patient and kind to Denji, who feels grateful as no one has ever treated him so well all his life. 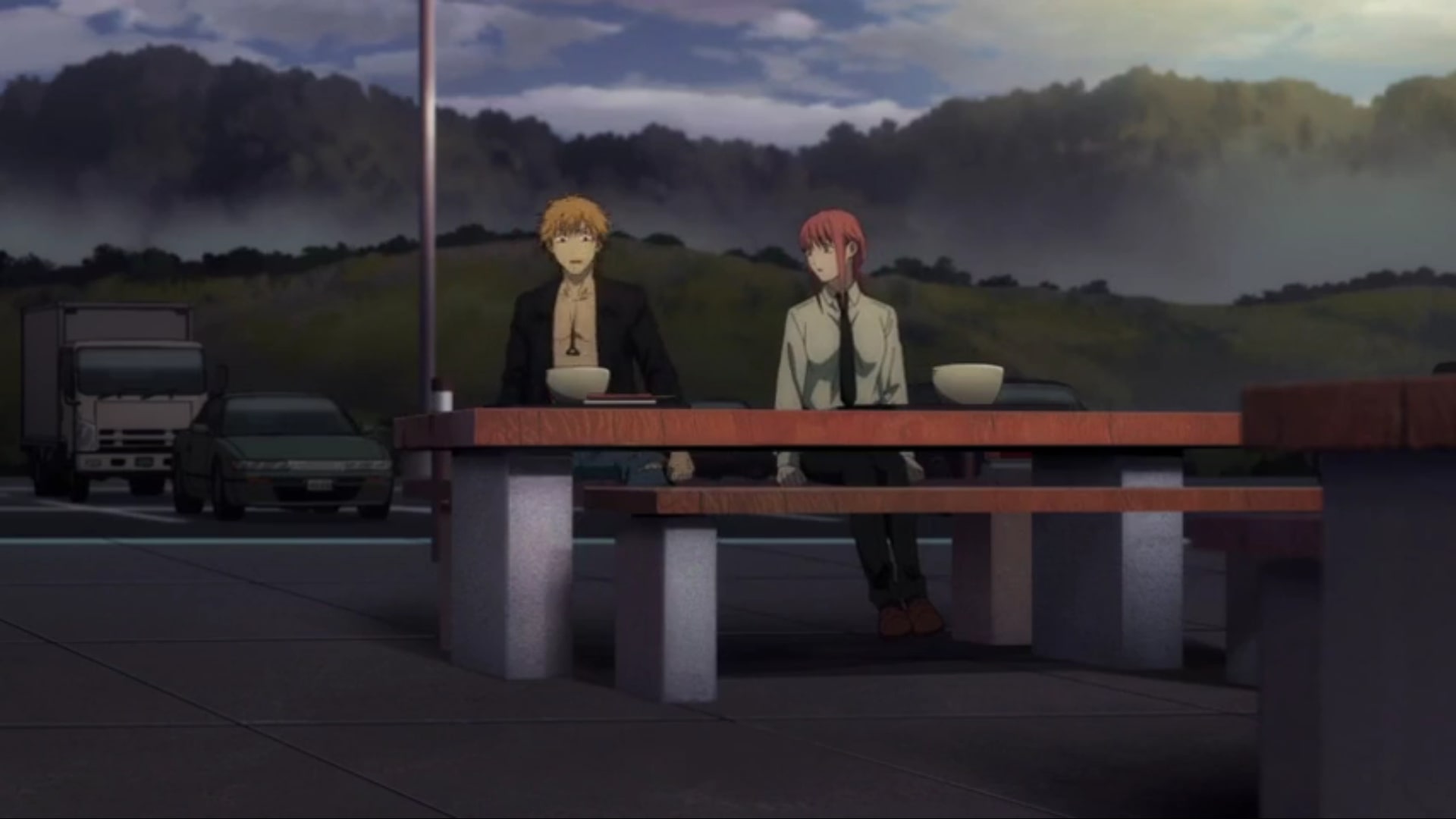 After a long drive, Makima and Denji finally reach the Tokyo headquarters of the Public Safety devil hunters. She explains to him that there are over a thousand devil hunters in the city but ones with the Public Safety receive paid leaves and other benefits. Denji is later told that he will be working under Aki Hayakawa, who is 3 years his senior and is not at all interested in having him around.

When the eccentric duo goes for the patrol, Denji keeps bugging Hayakawa with questions about Makima. Soon, the devil hunter has had enough and takes him to an alley where he beats him up. He advises Denji to go back and never return since people like him who joined the Public Safety for ulterior motives die very soon. However, the rookie refuses to back down and beats up his senior moments later. 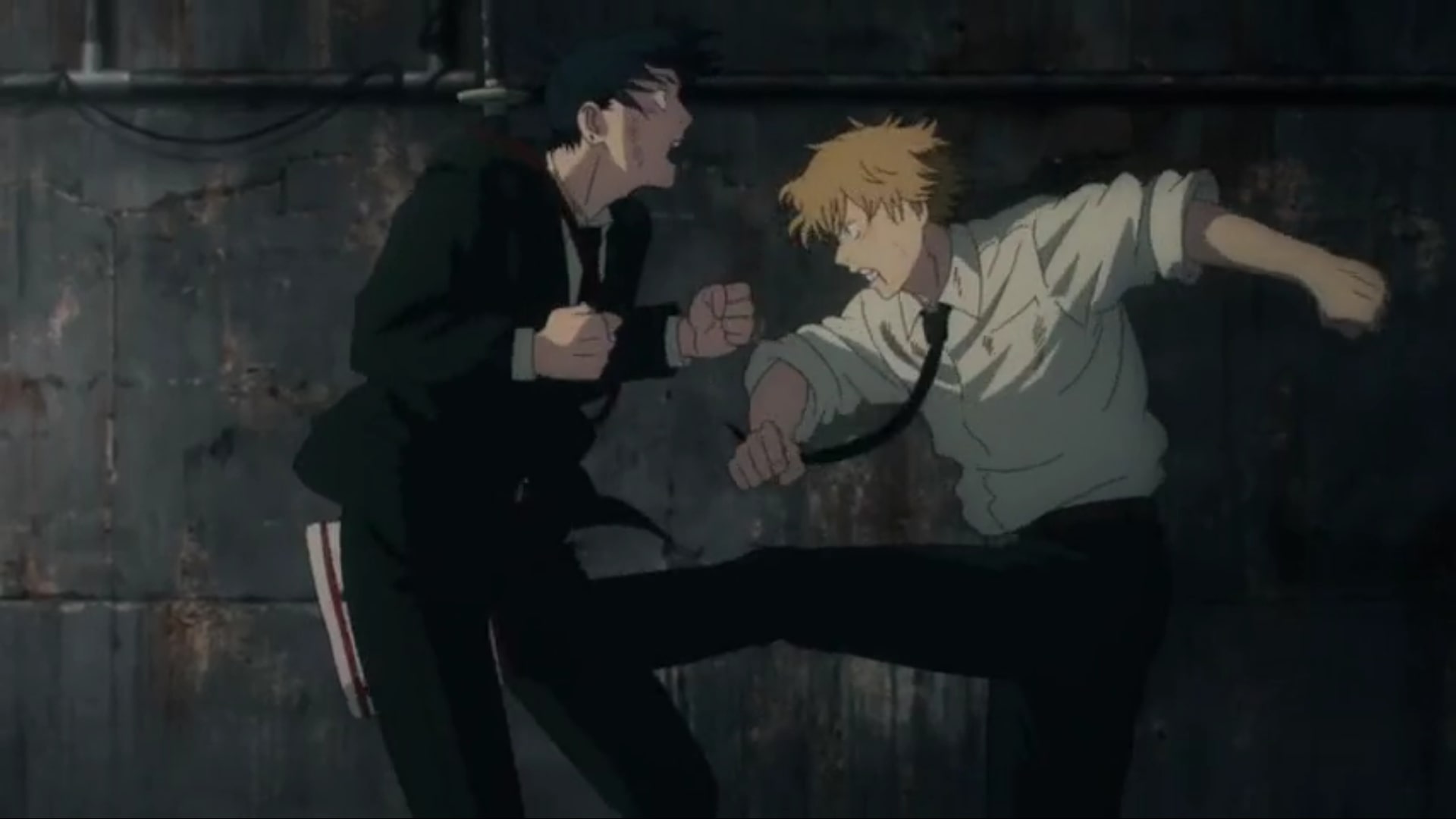 Denji tells Hayakawa that he has never been treated so well in life, so even if he has to put his life on the line to keep his job, he is not afraid to do it. The duo visits Makima’s office after the brawl and she tells Denji that he either works for them or he will get disposed of. However, if he does well, there is a chance that he may eventually start going out on missions with her.

Chainsaw Man Episode 2 Ending: What is a Fiend? Why Does Denji Refuse to Use His Devil Powers on One Despite Hayakawa’s Orders?

Hayakawa and Denji are informed by the police that a rogue fiend that poses a threat to civil life is reported to be in a Nerima residence. Immediately answering the call, the eccentric duo reach the location as soon as possible. When they are finally there, Denji and Hayakawa learn that the police have already done the evacuation and the fiend is hiding in a second-story room. 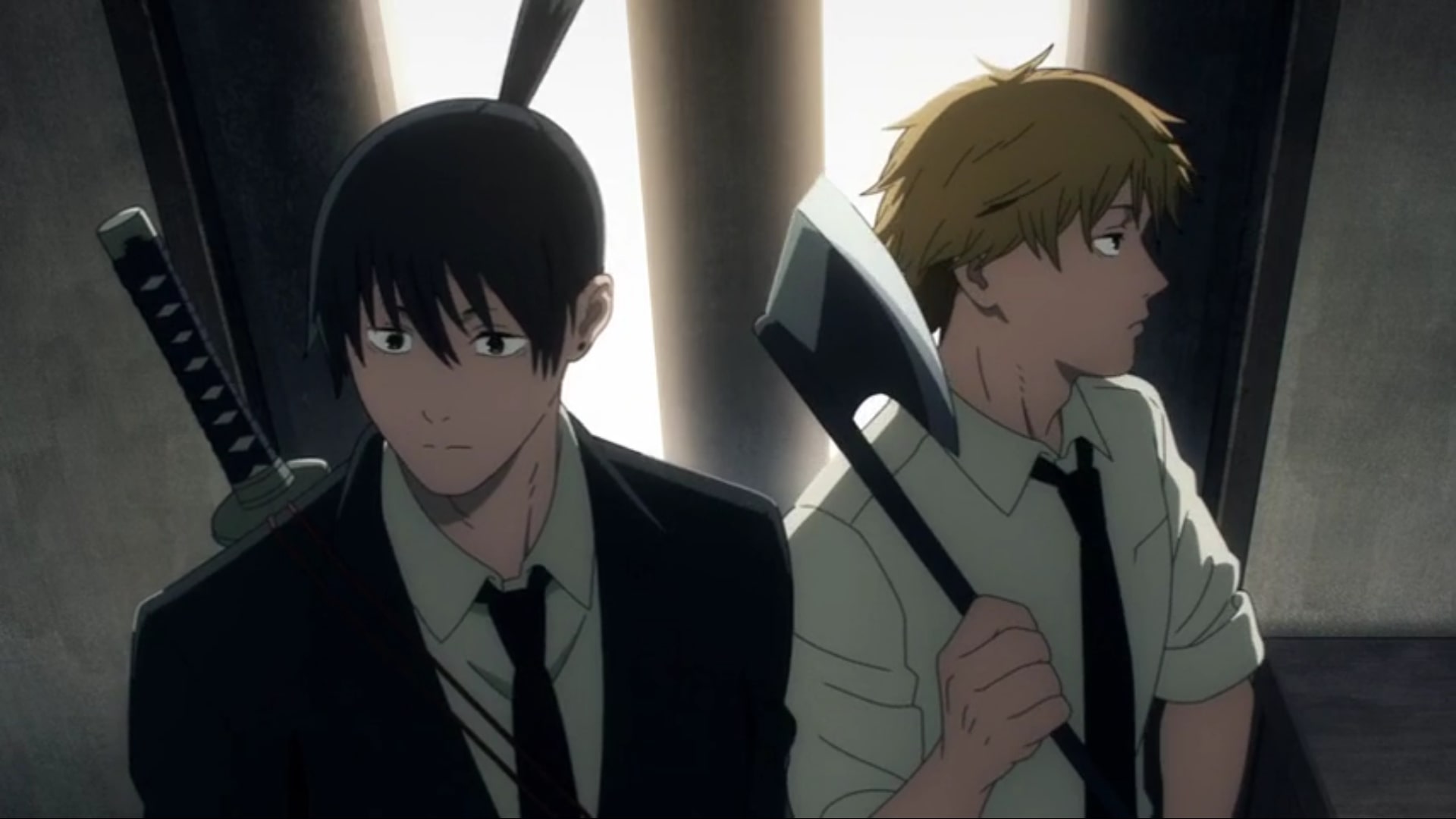 Since Denji is new to devil-hunting, he does not even know what a fiend is, so Hayakawa explains that they are devils in possession of a corpse. While they have supernatural abilities, their powers are diminished in comparison to their original devil form. But just like devils can improve their health by drinking blood, the fiends too can recover in the same manner. There are also instances when fiends can temporarily get back their original devil form.

Furthermore, they always have characteristic heads, which means Denji is not one of them since his human form has no such physical anomalies. As one may have guessed, the fiend’s personality is controlled by the devil. When Denji and Hayakawa finally find the fiend, the latter orders the former to turn into a devil and kill it so that he could analyze his fighting prowess and conclude if he is good enough or not. But ignoring his orders, Denji uses the axe in his hand to decapitate the fiend. Denji tells Hayakawa that he just wanted the fiend’s death to be painless, so he decided not to bring out the chainsaws. 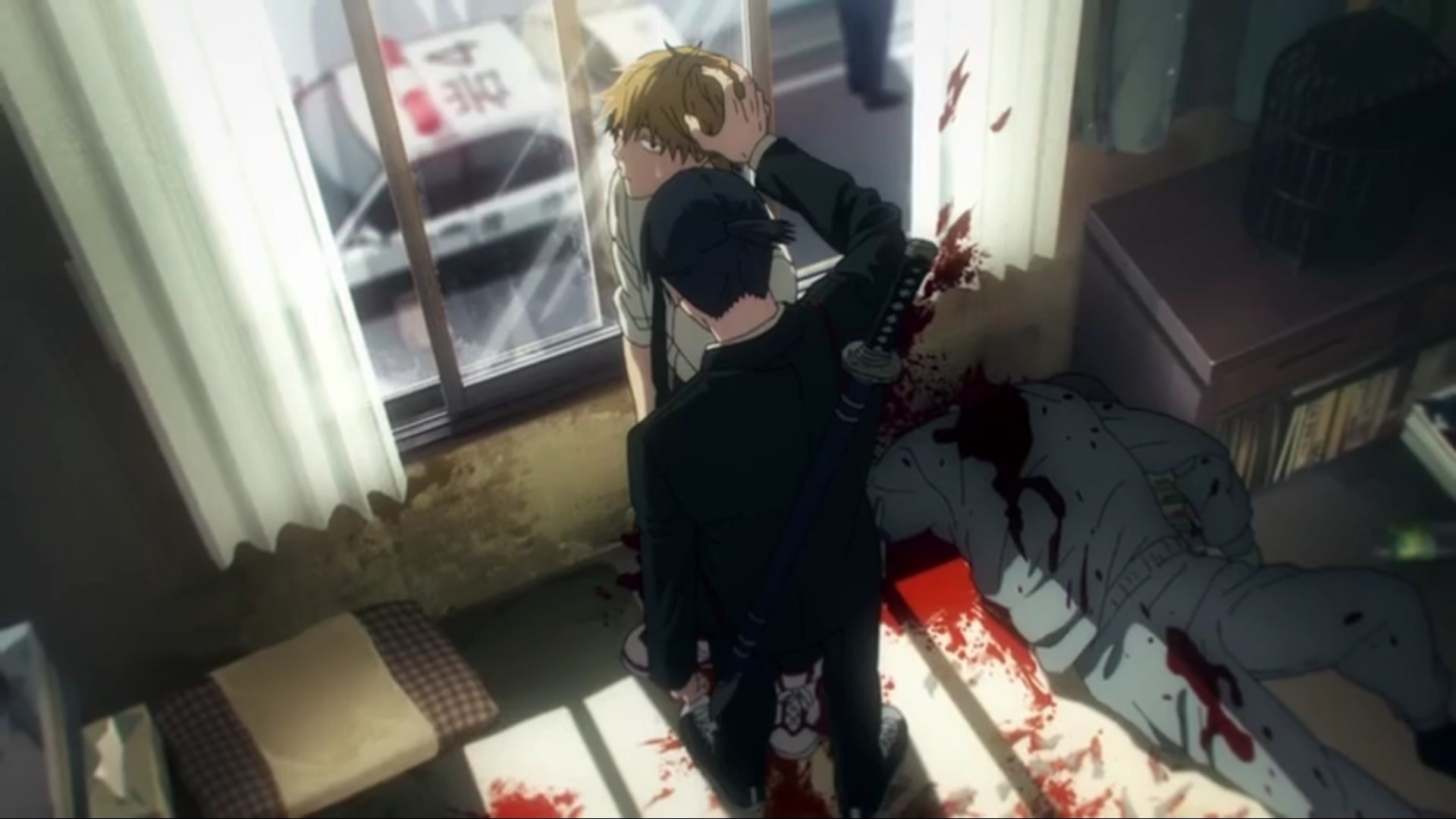 Hayakawa is naturally furious and lectures him that he can’t have sympathy with them as he is now a devil hunter. He argues that everyone including the law-enforcement officers is putting their lives on the line, so his friendliness towards the enemies naturally seems unserious and out of touch with reality. However, Denji argues that others may not see the world as him but he has no problem sympathizing or becoming a friend with a devil.

Who is Assigned As Denji’s Partner? Is She a Fiend?

After their mission in Nerima, Denji and Hayakawa are summoned to Makima’s office again. Denji learns that he has been assigned a partner for the Public Safety executes patrol. That’s when a fiend walks into the office and introduces herself as Power. While working with her, Denji notices that she has a strange blood-lust and learns that she used to be a dangerous devil before turning into a fiend. 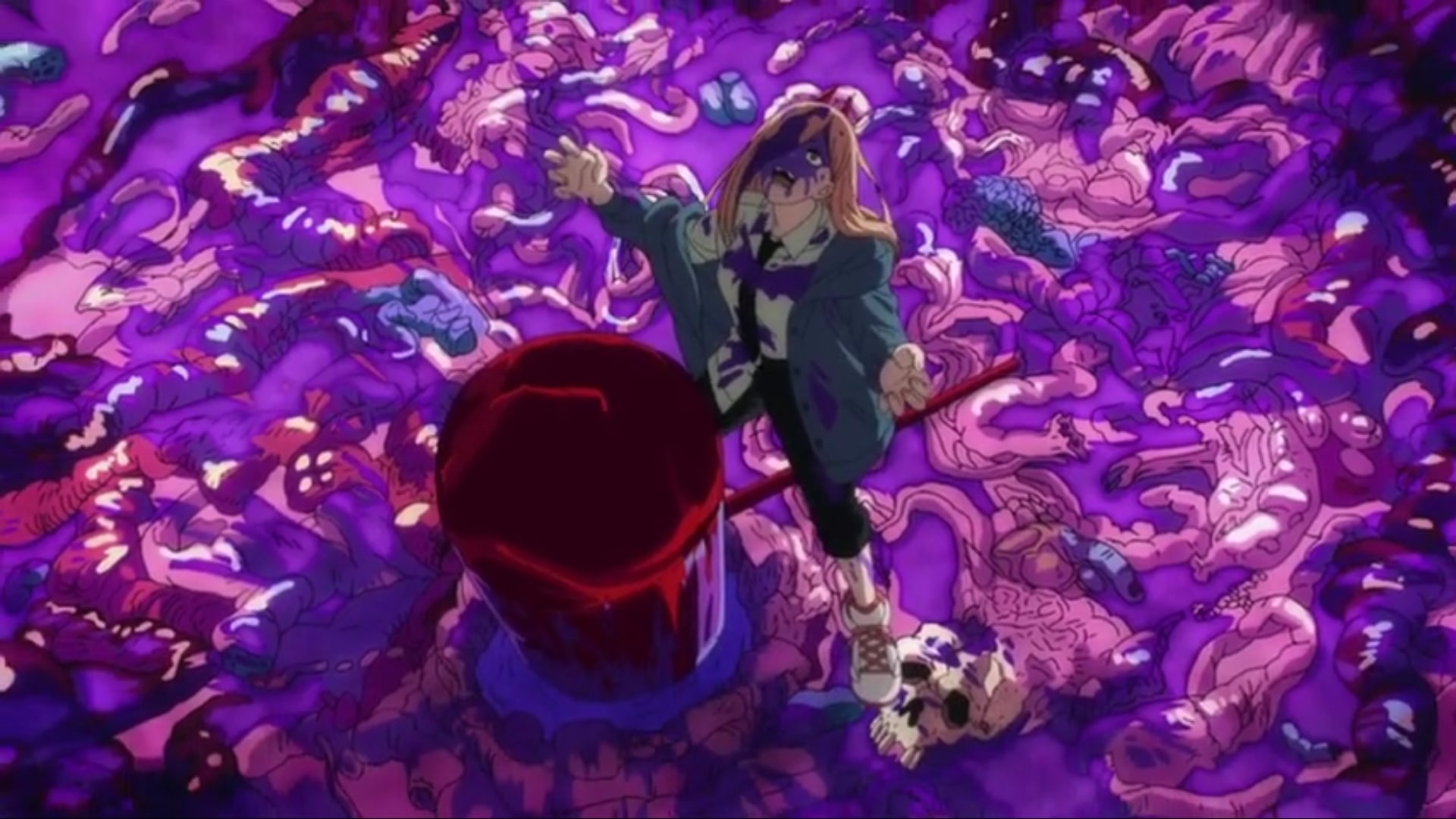 Since the horns on her head draw too much attention, the eccentric duo is tasked to patrol an area where there are very few pedestrians. When Power suddenly smells blood in the air, she rushes to the location with Denji trying to keep up with her. While a man is trying to inform the authorities about the sea cucumber devil, Power just casually crushes it without a second thought and rejoices on the top of its remains for doing it before anyone else.