With actor-comedian Michelle Buteau as the host, Netflix’s ‘The Circle’ is a reality TV show that follows a group of contestants who move into the same apartment building but never meet face-to-face. The only way they can interact is through the titular social media app. It’s an online competition of popularity, and the anonymity allows players to be whoever they choose to be.

The contestants are eliminated based on votes from other players, and the last one standing wins a terrific cash prize of $100,000. If you’re looking for other shows like ‘The Circle,’ then we’ve got you covered. Here’s a curated list of reality shows that follow a similar theme. You can watch most of these shows like ‘The Circle’ on Netflix, Hulu, or Amazon Prime. 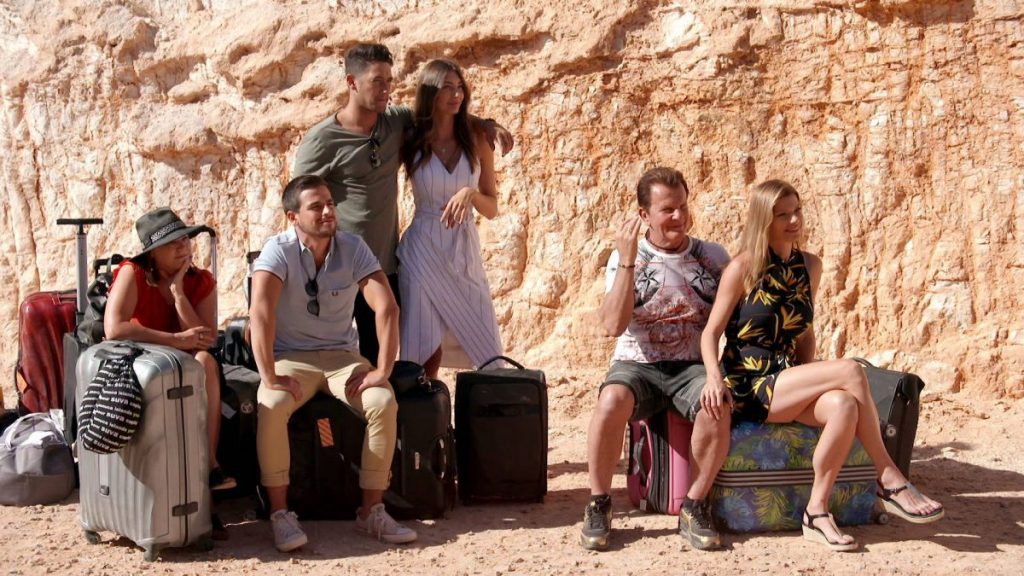 In this reality series, various teams of Australian homeowners visit each other’s rentals and stay overnight to rate their experience, competing for the title of best Instant Hotel. If you have a fondness for competitive reality shows where the players vote to eliminate one another, you’ll find ‘Instant Hotel’ extremely entertaining and quite similar to ‘The Circle.’ Both shows hinge on social interaction between the players. 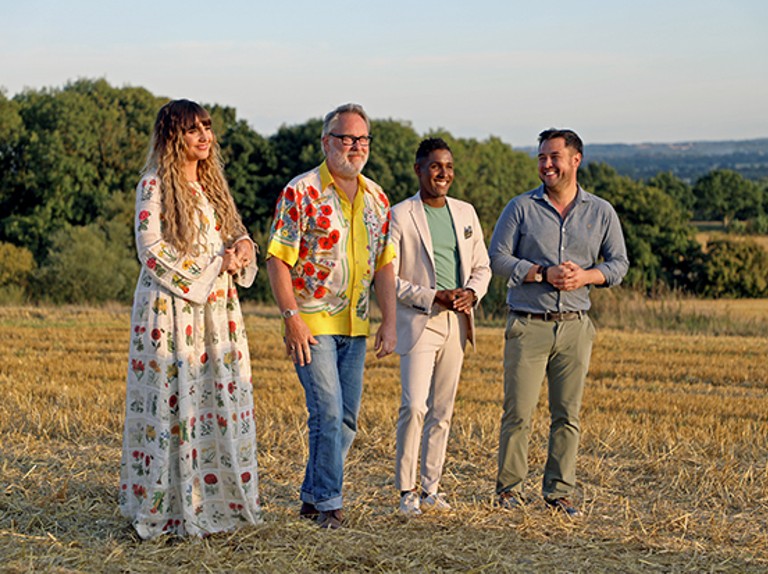 This one is a fresh (quite literally) British reality series that sees ten teams of florists, sculptors, and garden designers battle it out to create over-the-top floral installations for an opportunity to display their creation at London’s Royal Botanic Gardens, Kew. Featuring plenty of pretty outdoor spaces and a healthy dose of competition, ‘The Big Flower Fight’ is a reality competition show that must be on your watchlist. 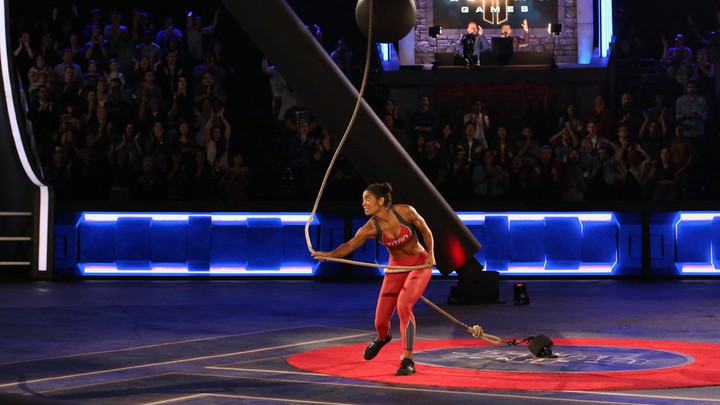 In this endurance competition reality series, Dwayne “The Rock” Johnson leads contestants who have to ace several mental and physical tests to become a ‘Titan’. Players who are successful then have to defend their title from other challengers in order to win the grand prize. Both ‘The Titan Games’ and ‘The Circle’ are competitions where the contestants have to apply strategy, albeit different kinds. Fans of ‘The Circle’ and other reality competition shows that test the tactical prowess of players will love this series. 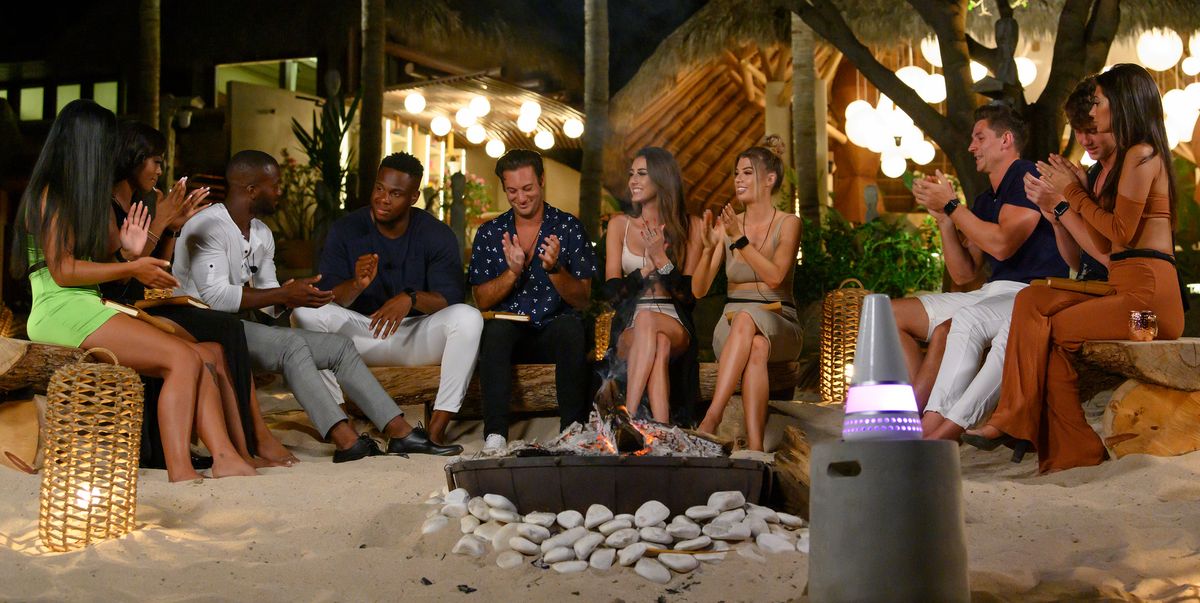 In Netflix’s ‘Too Hot To Handle,’ attractive singles are thrown together in a paradisical location, but the catch is that they have to remain celibate in order to win the $100,000 cash prize. The show sees charming contestants mingle and interact with each other, and the one who is able to resist the temptation wins the competition. 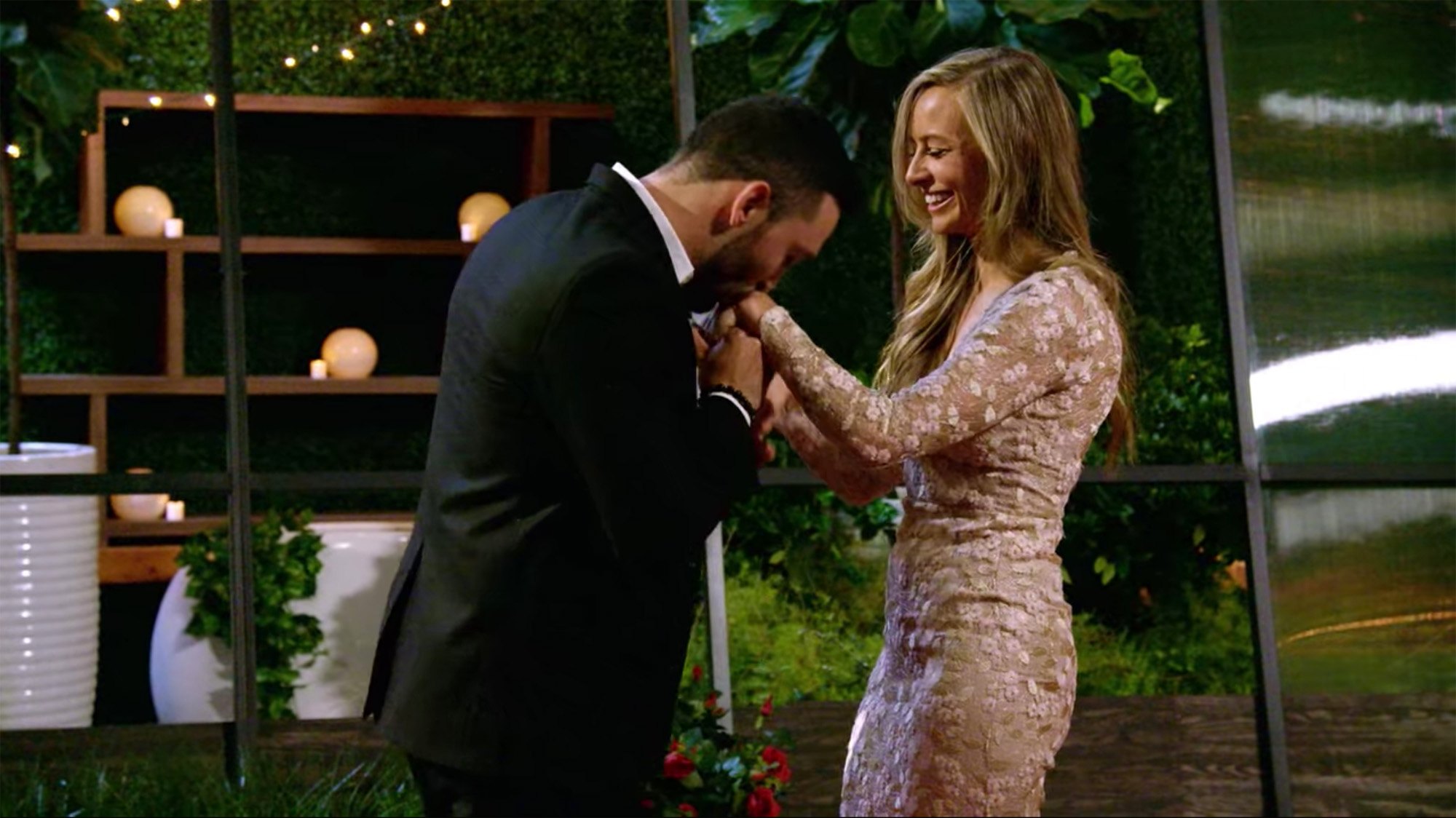 In ‘Love is Blind,’ hopeful singles try to find their perfect match and fall in love, without ever seeing each other face-to-face. The contestants interact with each other through adjacent pods and see if they can strike a connection that could serve as a solid foundation for a potential romance. Only after they’re ready to commit to each other are the couples allowed to come face-to-face. The whole concept is built on the belief that emotional connection runs deeper than physical attraction. If you enjoyed the “anonymity” aspect of ‘The Circle,’ where players never see one another, you’ll definitely appreciate the genius of ‘Love is Blind.’ 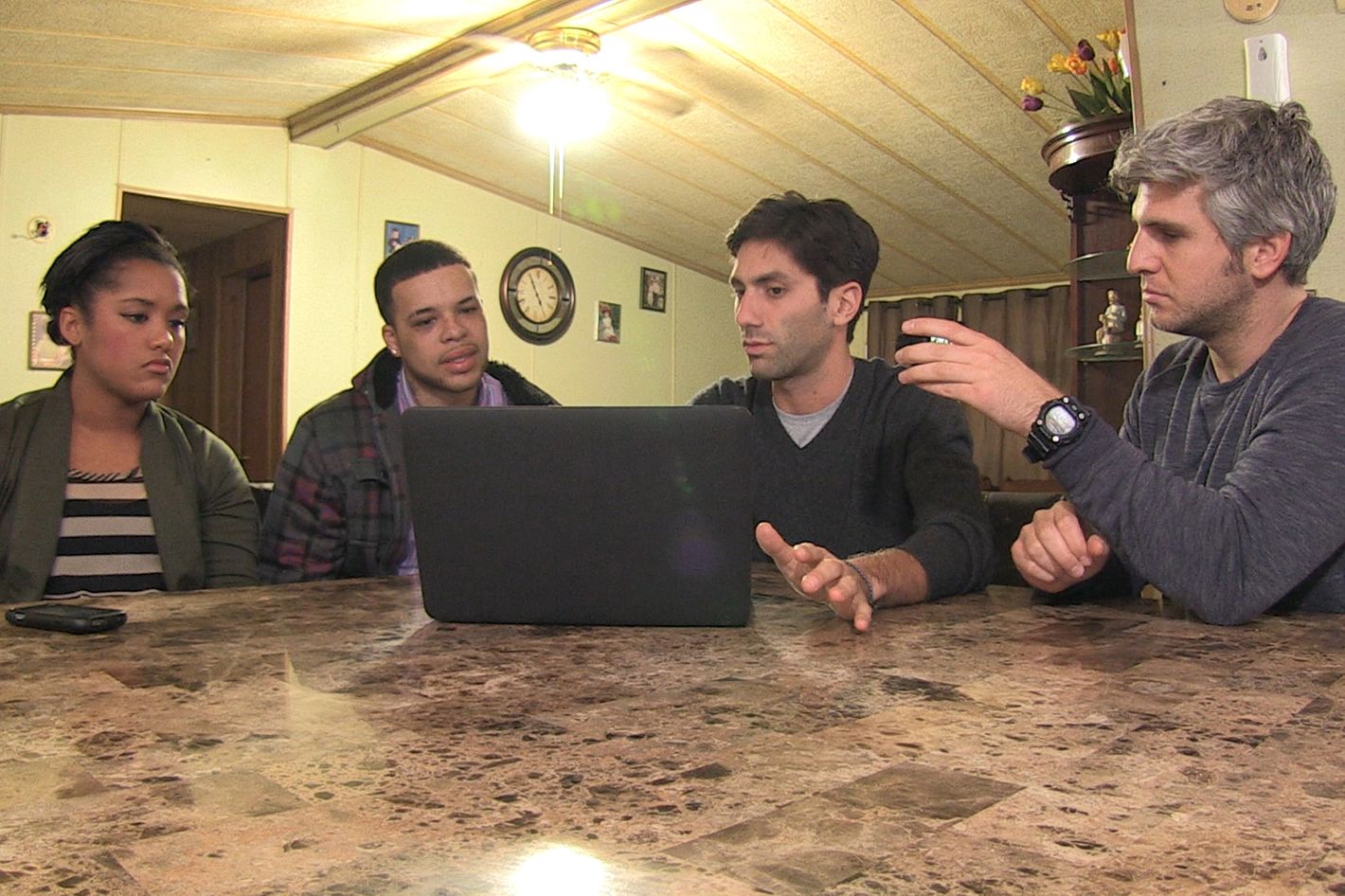 The show’s hosts help out emotionally entangled people figure out if their problematic online relationships are real or fake. Sometimes the person on the other side of the computer screen is very much real, but there are other times when it turns out to be a classic case of “catfishing.” Contestants on ‘The Circle’ are allowed to create fake online personas to catfish the other players on the app, and if you like that particular aspect of the series, you should definitely check out ‘Catfish.’ 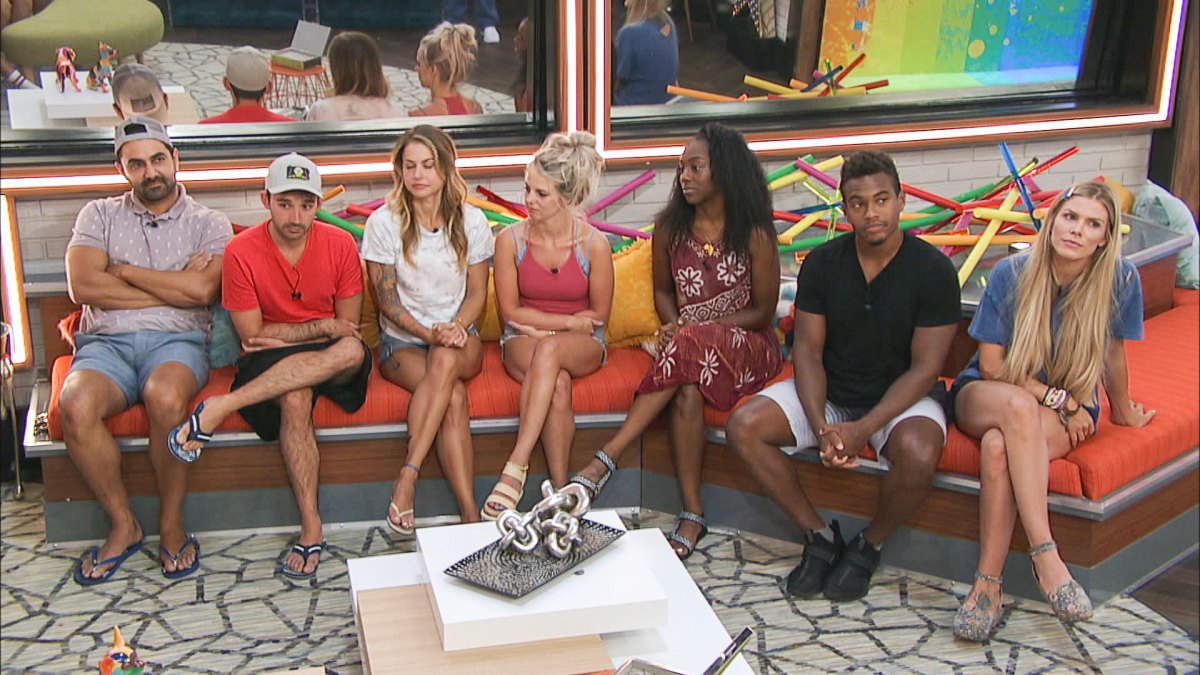 In this long-running reality show, a bunch of contestants is locked up in a house together for the duration of the game and their every move is closely monitored with the help of cameras and microphones. Each week, they interact with one another, strategize and form alliances, complete tasks, and ultimately eliminate players through voting. The only difference between ‘The Circle’ and ‘Big Brother’ is that the players can actually see each other and live together in the same house in the latter while they all have their own apartments in the former.

Read More: Is The Circle Real or Scripted?