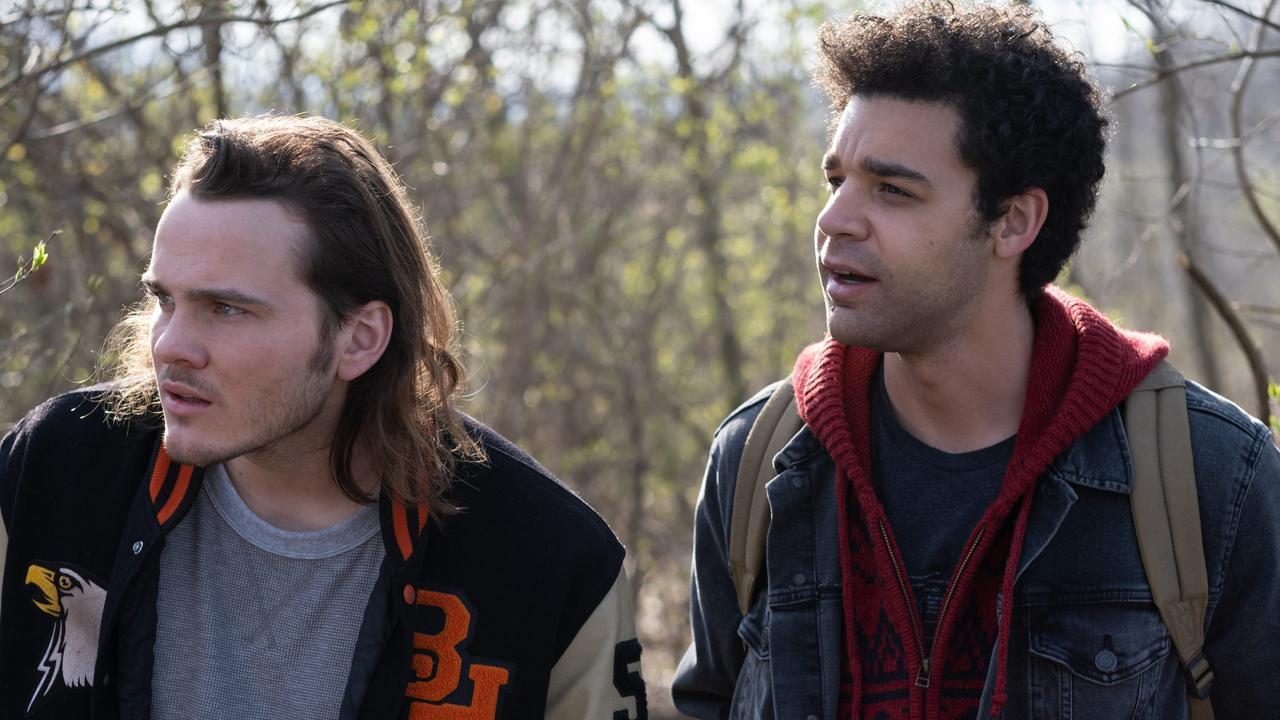 Based on Philipp Meyer’s 2009 namesake novel, ‘American Rust’ is a riveting crime drama show set in a fictional town in the Rust Belt where the widespread opioid crisis and a severe economic downturn have resulted in a gradual disintegration of local communities. When a former police officer is killed, Police Chief Del Harris’ (Jeff Daniels) prime suspect is Billy, the son of the woman he is in love with.

As the series progresses, he realizes that he must find a balance between duty and love, all the while trying to prevent the town from tearing itself apart. If you are a fan of the series, here is a list of recommendations for you. You can watch most of these shows similar to ‘American Rust’ on Netflix, Hulu, or Amazon Prime.

‘Fortitude’ is a horror psychological thriller show set in the fictional Fortitude Island in Svalbard in Arctic Norway. A series of unusual deaths occur in the remote international community, wreaking havoc on the emotional and psychological states of the people there. Both Buell in ‘American Rust’ and the eponymous Fortitude are fictional small communities that serve as characters in themselves in the respective storylines. And while ‘Fortitude’ heavily leans toward its horror aspects, it still resonates with a profound sense of loneliness and foreboding, which are also present in the other series.

‘Shetland’ is a Scottish drama series that revolves around Detective Inspector Jimmy Perez and his colleagues who investigate the unnatural deaths of the residents of the titular Scottish archipelago. Both ‘American Rust’ and ‘Shetland’ are set in small communities and essentially dramas with a police officer as the lead character. Moreover, like ‘American Rust,’ the series was initially the TV adaptation of printed source material. Ann Cleeves’ ‘Shetland Island’ novel series serves as a source of inspiration for the show, but the latter has since moved beyond the books.

Created by Rebecca Cutter, ‘Hightown’ is a crime-drama series that predominantly follows Jackie Quiñones, an agent working for the National Marine Fisheries Service in Provincetown, Massachusetts, and a member of the LGBTQ+ community. Following her discovery of the remains of a woman, the organized crime in Capo Cod draws the attention of Detectives Alan Saintille and Ray Abruzzo. Both ‘American Rust’ and ‘Hightown’ delve deep into the opioid crisis. Like Harris, Jackie is a tortured soul and has developed a dependence on drugs.

‘The Killing’ is a crime-drama show developed from the Danish series ‘Forbrydelsen.’ In the AMC (later Netflix) show, Detective Sarah Linden — on the verge of her transfer from Seattle, Washington, to Sonoma, California — begins investigating a missing case involving a local teenage girl. Initially reluctant to be part of the case, she becomes deeply invested after discovering the girl’s body. Both ‘American Rust’ and ‘The Killing’ make a potent use out of their mystery and murder elements. The two shows also offer equally insightful and bleak commentary on human nature.

Inspired by the Coen Brothers’ namesake 1996 film, ‘Fargo’ is a critically acclaimed anthological crime-drama series. Each season of the show is set in a different era and place and revolves around a different set of characters. Like ‘American Rust,’ ‘Fargo’ explores stories about crime, addiction, poverty, envy, and desire. Most of the seasons of the show take place in relatively smaller towns, just like ‘American Rust.’ However, the fourth season of ‘Fargo’ is set in Kansas City, the largest city in the state of Missouri.

‘Broadchurch’ is a British series that depicts how a small town begins to come apart following the murder of a young boy. Detective Inspector Alec Hardy (David Tennant) and Detective Sergeant Ellie Miller investigate the case while simultaneously dealing with their personal demons.

There are plenty of similarities between Del Harris of ‘American Rust’ and Alec. They both move to smaller towns in search of peace and quiet and get embroiled in investigating a murder case. The two characters also struggle to maintain their focus on their cases because of their personal problems.

Both ‘American Rust’ and ‘Mare of Easttown’ are set in Pennsylvania. The latter tells the story of Marianne “Mare” Sheehan, a police detective and local hero, as she tries to find the truth about the murder of a young girl. Mare’s own life is rife with issues and spirals out of control. Previously, Mare failed while investigating the disappearance of a missing girl, and it has haunted her since then. Both she and Harris are somber protagonists trying to keep their towns together. The shows depict Pennsylvanian towns shackled by the poor economy and drug abuse, desperately trying to get free.