‘Foundation’ on Apple TV+ follows the epic saga of mathematician Hari Seldon’s followers as they try to save humanity’s collective knowledge before the fall of civilization. Based on Isaac Asimov’s novels of the same name, the sci-fi series tells an expansive story that encompasses multiple worlds over a timeline many centuries long.

‘Foundation’ follows a narrative that examines deep philosophical questions and paradigm shifts in power through its characters. If you can’t get enough of the show’s intricate storyline that spans the galaxy, we’ve got a few more sci-fi gems that are as good. You can watch most of these shows similar to ‘Foundation’ on Netflix, Hulu, or Amazon Prime. 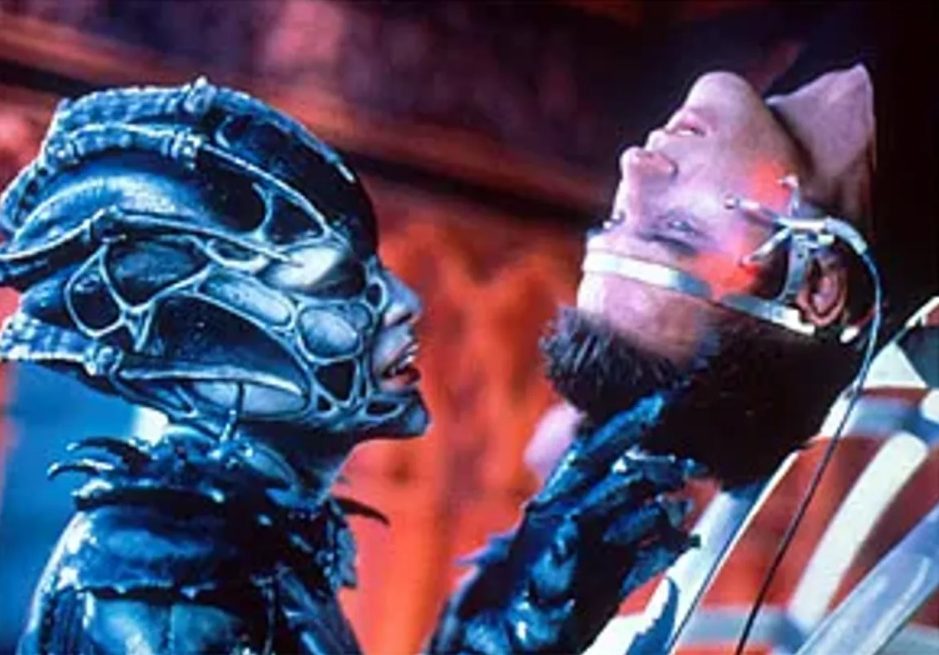 Set in a futuristic galaxy with living spaceships, ‘Farscape’ features an eccentric collection of characters in which a modern-day astronaut is the odd one out. After accidentally falling through a black hole, John Crichton finds himself on a bio-mechanical ship on the run from the brutal “Peacekeepers” of the galaxy.

With multiple seasons and a 2004 movie titled ‘Farscape: The Peacekeeper War,’ the show’s storyline is a mind-bending mix of epic existential themes and quirky space missions. A lot of what draws fans to ‘Foundation’ — which deftly balances its character development and galaxy-sized story arcs — can be found in ‘Farscape’ as well.

An offshoot of the ‘Star Wars’ franchise that follows a nameless bounty hunter, ‘The Mandalorian’ has the luxury of coming wrapped up in one of the most well-known cinematic universes of all time. It uses this well, and the show pays homage to some well-known ‘Star Wars’ story arcs while also building an intricate, space-hopping plot of its own. The variety of worlds and civilizations on display give ‘Foundation’ a run for its money, and then, of course, there’s also baby Yoda!

Based on the series of novels of the same name by Kass Morgan, ‘The 100’ is set a century after civilization on Earth is wiped out by nuclear disaster. A group of criminal adolescents is sent from the last remaining human habitat, a space station, down to the planet’s surface to ascertain whether it is suitable for rehabilitation. Much like ‘Foundation,’ the show deals with some heavy philosophical ideas and moral questions, making it an entertaining blend of sci-fi antics and deep storylines about the rise and fall of civilization. 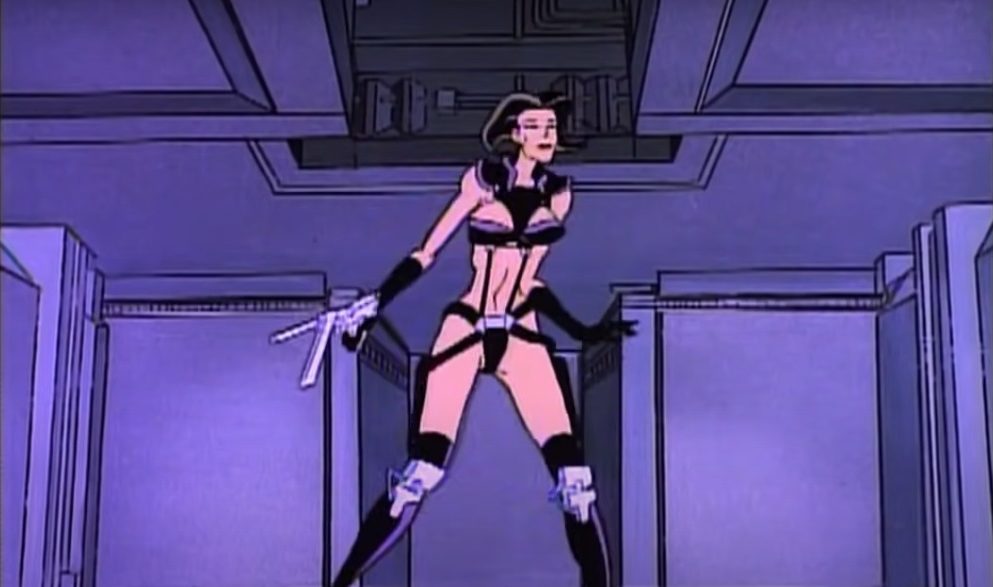 For those who enjoy a more mind-bending sci-fi experience, ‘Aeon Flux’ is a little-known animated series set in a surreal futuristic universe populated by a colorful variety of beings. The show follows a secret agent from one of the two last cities left on the planet as she embarks on a mission to bring down the other city’s stronghold. The fast action and creative visuals make the show a feast for the eyes, while storylines and characters seemingly inspired by mythology give it a narrative as nuanced and profound as that of ‘Foundation.’ Also, the iconic fly-caught-in-eyelashes visual from the show cannot be unseen. You have been warned.

A critically acclaimed stalwart of television sci-fi, ‘Battlestar Galactica’ is a rewarding watch for any sci-fi fan. This modern reboot of the 1978 series of the same name follows the search for Earth by humanity’s last military spaceship while all other human planets lay in ruins. The broad story arc, which delves into the survival of humanity and the constant cycle of war and peace, follows many of the same themes that make ‘Foundation’ such a deeply intriguing series. Much like the latter, the characters in ‘Battlestar Galactica’ also regularly face moral dilemmas and are confronted by the repercussions of humanity’s collective actions. 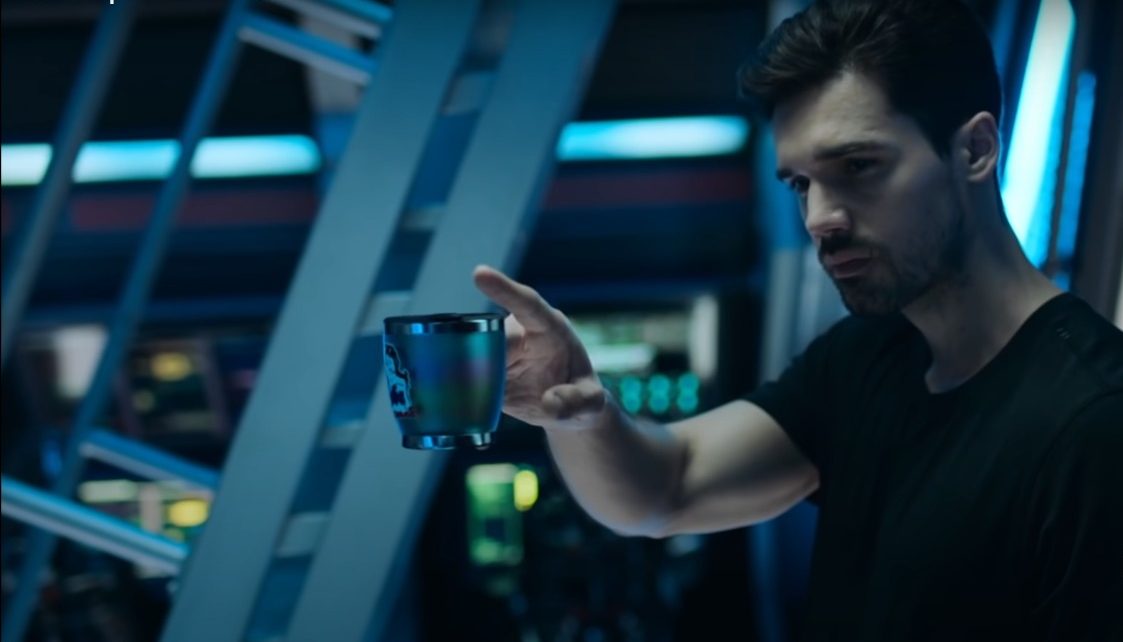 Another critically acclaimed sci-fi masterpiece, ‘The Expanse’ is set in a colonized solar system that’s undergoing a cold war. A standoff between the colonies of Earth and Mars threatens to break the fragile peace and throw civilization into limbo. The show is based on a series of novels of the same name by James S. A. Corey (pen name of writing collaborators Daniel Abraham and Ty Franck) and deftly handles complex storylines that follow the ever-shifting power dynamics of a multi-planet system. Much like ‘Foundation,’ the worlds of ‘The Expanse’ teeter on the brink of chaos.

No competent list of sci-fi television shows is complete without a reference to the legendary ‘Star Trek’ franchise, which has informed pop culture and society for decades. Coming from a rich lineage of series offshoots, ‘Star Trek Discovery‘ is set a decade before the events of the original 1966 ‘Star Trek’ and follows the crew of the science vessel USS Discovery.

The show has an explosive standalone plot that introduces dreamy sci-fi technology like the spore drive (a method of instantaneous travel based on the fungal or mycelial network). Like ‘Foundation,’ the fates of various empires across the galaxy hinge on the characters of ‘Star Trek Discovery,’ and the show is a worthy sci-fi saga to delve into.